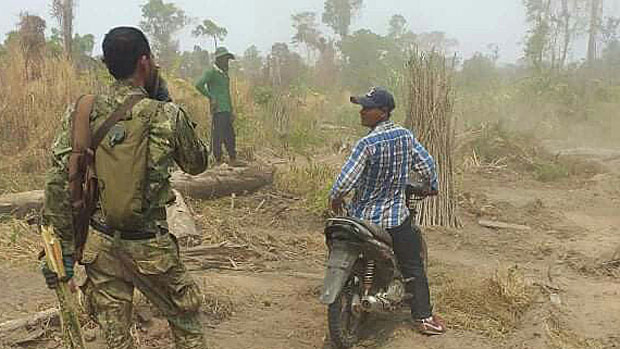 Cambodia’s military is backing a powerful company in its seizure of land in Preah Vihear province, guarding bulldozers sent to destroy villagers’ crops and defying government orders not to get involved in land disputes, Cambodian sources say.

Speaking to RFA’s Khmer Service on Wednesday, one village resident said at least five soldiers armed with assault rifles were deployed on March 5 to support the construction of a road through village land now claimed by the Metreay Pheap company.

“They told me that they are building the road so that the provincial governor can drive through here in his car,” said Pem Mao, the wife of villager Sum Moeurn, who disappeared following his arrest by soldiers on Jan. 14.

“But the villagers want their problems addressed first, because the company has destroyed their crops,” she said.

In late February, soldiers tore down 15 villagers’ homes, Pem Mao said. And in January, troops arrested 14 villagers who are now being held in jail, she said.

Also speaking to RFA, Am Sam Ath—a senior official of the Cambodia-based rights group Licadho—said that the use of Cambodian soldiers to destroy village crops is a violation of defense ministry orders issued in February forbidding the army from involvement in land disputes.

The ministry should now investigate the situation to prevent public criticisms of the army, he said.

“I think the Ministry of Defense should investigate this case, because what the soldiers are doing there conflicts with the ministry’s ban,” he said, citing a February order by defense minister Tea Banh banning military involvement in takeovers of land following a violent crackdown by military police on villagers resisting forced eviction in Sihanoukville.

The Jan. 24 incident left one villager injured by gunfire, with six others arrested, and followed a Supreme Court decision to grant their land in Sihanoukville’s Prey Nob district as a concession to a wealthy businessman.

“Any place with soldiers present must be investigated so that problems can be resolved,” Ministry of Defense spokesperson Chhum Socheat told RFA, adding that his ministry will now look to see whether troops have been stationed anywhere to protect private companies.

Him Hoeun—governor of Preah Vihear’s Choam Khsant district—meanwhile declined to answer questions from RFA regarding the use of troops sent to support the Metreay Pheap company, but said the company had been given the land for investment purposes in 2012.

“It is the villagers who are encroaching on the company’s land,” he said.

Locked in a dispute

Meanwhile, indigenous Kuoy villagers in Preah Vihear’s Tbeng Meanchey district remain locked in a dispute with a Chinese-owned sugar-cane plantation that villagers say has destroyed their fields, leaving at least 100 families with insufficient land to cultivate crops for the last 10 years.

“They have planted sugar cane everywhere, and the company has taken all our land except for my own small cottage,” a villager named Svay Moeung told RFA on March 5.

“But if we protest, we will never win,” she said.

Though villagers have petitioned the government for help, the Heng Hour Sugar Plantation has taken all their land, including natural lakes and reservoirs, another villager named Tep Tim said, adding, “When we lost our land, we lost our livelihoods, and we are getting poorer.”

“Some of these cases have been resolved, and some are still being worked on,” he said.

Cambodia’s Ministry of Land Management should now send inspectors to investigate the case, though, an official of the Cambodian civil society organization Ponlok said, adding that ministry officials should not rely on statements made by local officials, especially in cases involving Chinese companies.

“A previous resolution process didn’t help to serve the villagers. It was a fake process that left them in tears,” he said.

Son of the Dragon

Defying Order? Highly doubt it! More like following The Man in charge order!

Nowadays the phnompenhpost has ceased to report about the land grab.I wonder why?. 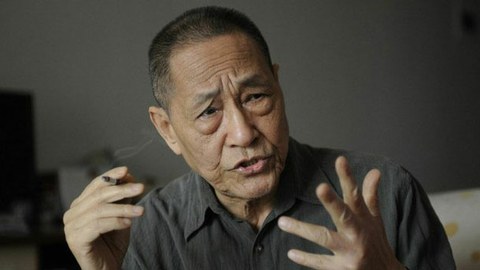 Bao Tong: Criticizing the Emperor is a Social Responsibility 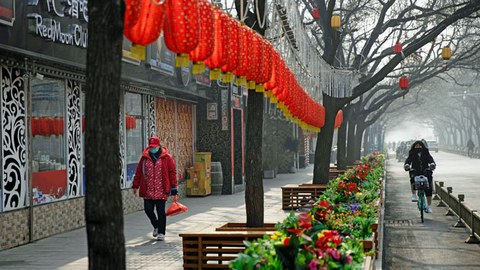