In China, Food Is Love

British-born Chinese author Helen Tse speaks about her book, Sweet Mandarin, in which she documents a family history of three generations of strong women, rising and falling fortunes—and food.
2008-09-10
Tweet 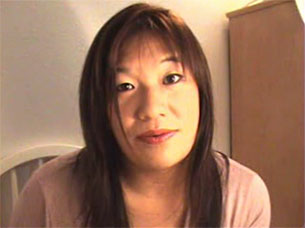 Helen Tse, author of "Sweet Mandarin"
Helen Tse
Helen Tse's book, Sweet Mandarin, has been published by Random House in 33 countries, and by St. Martin's Press in the United States. It's a true story about herself, her two sisters, mother, and grandmother: three generations of strong Chinese women. Spanning 100 years of family history, the story begins in rural Guangzhou, moving to Hong Kong and later to Britain. Tse spoke to RFA Mandarin service reporter Han Qing:

My grandmother, Lillian Kwok, was the first Chinese woman to set up a Chinese restaurant in the UK, and my mum continued the tradition, and now me and my sisters run a restaurant called Sweet Mandarin, but along the way, there's always difficulties in our family.

The story starts in 1918 when my grandmother Lily Kwok was born, and she kicked so hard that the midwife thought she was a boy, and that strength and energy and that independence has been with her throughout her life. And I would say that this story is also my story, and it's the story of Sweet Mandarin.

It talks about when our family, when I started researching this book, our family originated from the farmers in Guangzhou. Real rural farmers who really found it very difficult to make money and to put food on the table. And what happened is my great-grandfather Leung, he decided instead of just farming the soya bean he actually manufactured the soya bean and created soya sauce.

And as a consequence of making this soya sauce he had to find a market to sell it, and he looked across the river and he saw Hong Kong. So that step in his journey took our family across from Guangzhou to Hong Kong. So that really is the beginning of our story really, because when we got to Hong Kong for the first time in our family's history we experienced prosperity, and my grandmother, she was 10 to 11, she could afford to eat whatever she liked, [and] she could afford any clothes she wanted.

But unfortunately, when she got to the age of 12, a real tragedy happened in the family, and my great-grandfather, her father, was murdered. He was murdered by a rival merchant who couldn't stand the fact that he was so poor, but had done so well for himself so quickly, so out of jealousy, we lost our kind of patriarch of the family.

But in those days...women were not entitled to education or to rights or to property, so when our great-grandfather died, all those assets he'd built up, all that business, went to a distant male relative, and this distant male relative wanted nothing to do with his wife and the six girls he'd left behind. So at the age of 12 my grandmother was once more plunged into poverty, but this time in Hong Kong—which as you know is capitalist, nobody cares for anybody, it's very dog-eat-dog, and so she had to go out to work.

And she went out to work for some of the most privileged and powerful British families on the colony of Hong Kong. And one of those families was the Woodmans. And they loved my grandmother, treated her like a daughter, and eventually asked her to come to the UK with them.

Now, I've skipped a few decades, but in between her service with them she did get married to my grandfather Kwok Chan and had Uncle Arthur, and my mother Mabel. But unfortunately Kwok Chan was a really terrible man. He didn't treat my grandmother right. He was a gambler, he was doing drugs, he had a mistress, so all the money that she made working for the Woodmans he would take and use at his own antics.

So she was getting poorer and poorer, and when this offer to go to England came, my grandmother found out some really shocking news. She found out she was pregnant with her third child...She gave this baby up for adoption, so I never knew my auntie. She lived to 89 years old, my grandmother...So our journey then continued, and this time we go to England, and because of this family, the Woodmans, that's why I speak with a British accent.

Now she got to the town in the UK...where the Woodmans lived, and after a few years in service, Mrs. Woodman senior, whom she was looking after, died. This was a real difficult time for my grandmother. She hadn't got enough money to go to Hong Kong, she'd left her two kids with her mother, she'd given up her baby, and now her employer in the UK had died. She didn't know what to do and she was really upset.

But it turns out that Mrs. Woodman senior actually treated my grandmother like a daughter, and called her an English rose with a Chinese heart, and actually left a lump sum of money for my grandmother in her will. So my grandmother used this money to set up a Chinese restaurant in the UK.

Now the journey to Hong Kong back in those days was by ship only, and it took three months, there was no plane, there was no other mode of transport. So this ship would stop off at different ports, and my grandmother would love to learn how other people cooked their curry, so she took different spices and techniques, so eventually when she arrived in the UK, she had created her very own curry, Lily Kwok's chicken curry, because the Woodmans loved this spicy dish, and she used this dish to serve in her restaurant.

However, once again difficulties arise because when she opened her restaurant it was post-war Britain, and the place she set up was a place called Middleton, and everyone was white, working-class, predominantly male, and they initially thought she was Japanese, and they were worried she was going to poison their food, and so they boycotted the restaurant, and if you don't have customers, you know, then you go under pretty quickly.

So what my grandmother had to do was to hire this lady called Mavis, and Mavis knew everybody in the town, and brought everybody to the restaurant, and eventually that helped to boost the business. After a while my grandmother had enough money, and she went back to Hong Kong to pick up my mum and Uncle Arthur, because she'd made a promise to my mum before she left, she said "I promise you, my daughter, when I have enough money I'll come back and pick you up," and she did, she kept that promise.

So my mum arrived in the UK aged 8 and she absolutely hated it in the UK because where we grew up in Manchester it was always raining, and the food was strange, and she was the only Chinese kid in the whole town. She didn't even know who her real mother was. She thought my great-grandmother was her mother, because my grandmother Lily Kwok had left her in the hands of her own mother when she came to the UK.

So my mum hated it in the UK. She couldn't adjust. So what my grandmother did, she made her favorite dish, which was "Mabel's claypot chicken," and it's this chicken double-baked in a savory sauce with the fresh vegetables, and my mum loved it, and when she ate that food, she felt she was back home again.

So using food, she was integrated into her new environment. So my mum helped to build up the business. And in my grandmother's heyday she had like three restaurants and six takeaways, so she was really doing very well for herself. However, in the 1970s, as the Chinese immigration grew and there were more and more Chinese coming to the UK, so did the growth of casinos.

And a lot of Chinese ended up going to the casinos really to socialize, but ended up gambling, and my grandmother, and mother and father were no exception. They also went there and they started to gamble. And so, they would want to win, and when they won, they wanted to win more, but when they lost, they wanted to win it back, so the house always won.

And eventually they just gambled and borrowed money from people such as the triads, whose rack rate of interest was so extortionate, they couldn't pay it back. So eventually they had to sell off each property, each business, until they had nothing left. So that's why, when I was born, I'm a twin, me and my sister, we were born in very humble beginnings, above a takeaway.

My mum and dad stopped gambling because they realized that they hadn't even got enough money for the milk to feed us, it was that bad. So when they stopped gambling, we were born, and since then my father and mother have just turned away from gambling.

We, my sister Lisa and my younger sister Janet, we all graduated. We went into professional careers. I'm a lawyer. Lisa is in finance and Janet's an engineer. But despite working in these different fields, we all decided to go back into the restaurant business and return to our roots.

Original reporting in Mandarin by Han Qing. Mandarin service director: Jennifer Chou. Produced and edited for the Web in English by Luisetta Mudie.