‘She Might be Out, But She’s Under Surveillance’: Sister of Uyghur Former Camp Detainee 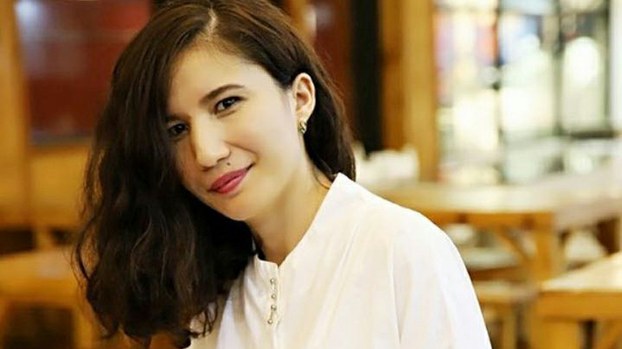 Gulgine Tashmemet disappeared after returning home to Ili Kazakh (in Chinese, Yili Hasake) Autonomous Prefecture’s Ghulja (Yining) city, in northwest China’s Xinjiang Uyghur Autonomous Region's (XUAR), on Dec. 26, 2017, following her completion of a master’s degree at the University of Technology in southern Malaysia’s Johor state, where she had first moved in 2010. Tashmemet, 33, was set to return to Malaysia to begin doctoral studies in February 2018 after spending a couple of months at home in Ghulja with her parents. She promised her Munich-based sister Gulzire Taschmamat, who had begged her not to go back to the XUAR with its deteriorating political situation, that she would update her WeChat profile picture once a week to signal that she was okay. However, Tashmemet stopped updating her photo shortly after her arriva, and Taschmamat learned that her sister had been detained at one of the XUAR’s vast network of internment camps, where authorities are believed to have held up to 1.8 million Uyghurs and other Muslim minorities since April 2017. Taschmamat quickly went public with her sister’s story and has campaigned tirelessly on her behalf ever since.

While authorities were never forthcoming with any details about Tashmemet’s disappearance, Taschmamat and others suspect she was targeted for having lived abroad, and particularly because Malaysia is one of 26 countries that authorities in the XUAR has identified as “sensitive” for Uyghurs to have lived in or even traveled to, citing a risk of Muslim radicalization. Tashmemet’s professors and classmates in Malaysia also campaigned on her behalf, gathering signatures to present to lawmakers in the Malaysian government.

On May 1, Taschmamat received a surprise phone call via an unknown WeChat telephone number from her sister and their parents—the first contact she had with her family in two-and-a-half years—and immediately reported the news via social media channels. In a video she posted to Facebook, Taschmamat said that her sister is working as an English teacher and that her mother is in good health, but that her father had “lost the ability to speak” and is suffering from some medical problems. While she was happy to have spoken with her family, Taschmamat recently told RFA’s Uyghur Service that she could sense that they are still living in fear and are not totally free. She vowed to continue her activism on behalf of her family and for Uyghurs facing persecution in the XUAR.

I want to say hello to everyone at Radio Free Asia. You took on my sister’s cause from the start and took it to the next level, and I want to say a big thanks to you for being the reason for my sister’s release from camp. We video-chatted on WeChat for six minutes … She urged me not to tell anyone [about the call] … My sister disappeared on Dec. 26, 2017 and there was no word, and then in the following January and February I came to learn that she’d been taken into a camp by calling my friends and so forth. You were the first to break the news, Radio Free Asia, and then I took interviews with different publications and television stations. In July 2018, a journalist went to our house to look for my sister. My parents, who were scared, said she was at home and they were doing well, and that’s what they ended up writing. After that, I kept giving interviews to all sorts of people [to make sure that the truth was known].

May Allah grant [my family] patience; may he grant them strength [in the struggle] against China. May He help them. Given that I’ve put this all out on Facebook, I’m worried that [the Chinese government] is going to continue harassing my parents or take them away. They detained my sister for a while and then released her.

Inside, I was done

China’s camp policies have had a really significant influence on my life, even living in a free country. In both the spiritual and physical perspective, [I’ve felt] suffering, distress, depression, hopelessness. [The situation] even brought me to a state where I thought I would just want to die if it weren’t for the fact that I have kids. I lived with bravery and hope, but inside, I was done. And even though I got to hear my sister’s voice today, I’m still not all that happy. My sister might be out, but there are so many more sisters like her who haven’t gotten out. They’re working as slaves, or they’re being forced into marriage with Hans [Chinese]. I’m never giving up on this. My sister might have gotten out, but I can’t say that she’s living 100 percent free. She might be out, but she’s under surveillance. Today we spoke on the phone while being monitored. We’ll have to speak under surveillance for now, but I don’t want this to continue being the case. I won’t give up on this until she’s truly free, and until all of our Uyghur brethren, our innocent brethren, are free. Until we can speak normally over the phone. My sister studied computer science but now she’s apparently an English teacher. I demand that they allow her to return to Malaysia to begin her doctoral studies.

This is very good news for me. I don’t know why they suddenly called to tell me “good news,” to show themselves to me, but I thank Allah for it. I heard their voices. I saw them. Let’s be patient, my brethren. I hope, from the bottom of my heart, that [Uyghurs] will stand up for their relatives and continue working ceaselessly on this path … If we are patient for just a little while, Allah will reward us.

They are still in the camps, its a trick. Do not believe them.