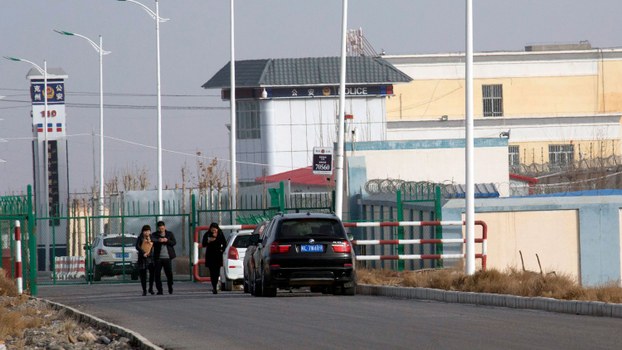 Earlier this week, RFA’s Uyghur Service reported on a residential zone in the seat of Kashgar’s Makit (in Chinese, Maigaiti) county known as the “14th Neighborhood Committee,” which permits detainees to live with their families, but otherwise differs little from the camps where authorities are believed to have held 1.8 million Uyghurs and other Muslim minorities since April 2017.

Reports of the development, known as Yuanqu in Mandarin Chinese, in the southern XUAR’s Uyghur heartland come amid indications China is relocating some inmates of the three-year-old internment camp program that has drawn international condemnation and U.S. sanctions, sending many to work in factories across China and putting some on trial.

Sources who described the new guarded community of former inmates outside Kashgar, a trading post city of 500,000, gave estimates ranging from several hundred families to 7,000 people. RFA was unable to verify the population of the residential zone.

The residential area accommodates those who have “completed their studies” at the camps, sources said, although residents are strictly monitored and made to attend mandatory political indoctrination classes, as well as sessions involving “self-examinations” and “confessions.” Entry and exit are prohibited without special permission.

New information revealed by ruling Chinese Communist Party cadres and other authorities in Makit county confirms the existence of the 14th Neighborhood Committee and what life is like for those held there, but also sheds light on work conditions in the zone and who are being targeted for relocation there.

A Uyghur cadre from nearby Tumental township recently told RFA that the committee is located in central Makit’s bazaar district, near an area known as “South Park,” and that construction had begun on the zone in either 2014 or 2015, although “they’re still putting up new buildings inside.”

It was not immediately clear from her comments if the committee was originally slated to be an internment camp or if it was designated as a restricted-access residential area in 2019, as the Chinese government undertook measures to quiet international outcry over the camps.

When asked what kind of people live there, the cadre, who spoke on condition of anonymity, said that while most are families, “there are also singles among them,” and it is only populated by people “from Makit [county].”

The cadre said that in addition to political indoctrination sessions, people living at the committee are required to learn Mandarin, the official language of China.

A second Uyghur cadre, from Makit’s bazaar district, told RFA that people held at the committee “sleep and work there,” including at several factories and workshops both inside and near the compound or, in rarer cases, market shops outside the residential grounds. Residents are permitted to work at facilities outside because there are not enough factories inside to employ everyone, she said.

Residents who work outside the 14th Neighborhood Committee, she said, face heavy restrictions on their freedom and movement, including being restricted from meeting freely with “unrelated” people and discussing details of life inside the compound.

Even the movement of cadres in and out of the zone is restricted, she added.

“We have to get permission to go in—it doesn’t matter if it’s cadres or relatives, no more than three people can go in at a time,” she said. 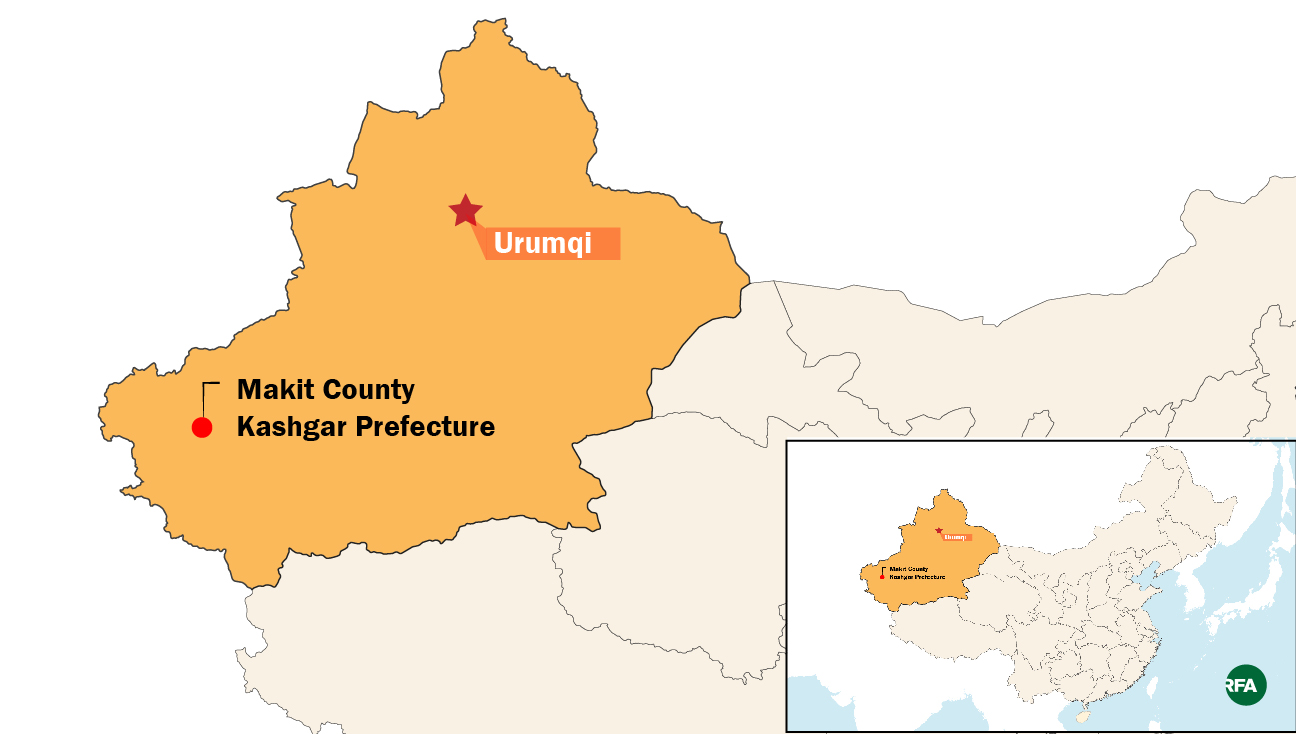 RFA also spoke with two Uyghur employees of a police station in nearby Shehitdong township—one of whom suggested that those held at the 14th Neighborhood Committee are people whose “offenses” were deemed less serious before they were initially interned in camps.

An employee who initially answered the phone told RFA he knew of at least three people from his township that had been moved from camps to the committee but was unsure why they had been originally been detained.

He gave the phone to a second employee who said the three were sent to camps because of “hatred towards Hans [Chinese],” although he added that “no one told us about any evidence” in their cases.

When asked about the most egregious “crime” committed by any of the three, the employee told RFA it was “listening to or watching ‘illegal’ audio/video materials.”

In addition to questions about the 14th Neighborhood Committee, RFA asked the two cadres about the case of a Uyghur former camp detainee from Tumental township named Ismail Dawut, who was sent to live in the residential zone after being released from an area camp and had provided information about it to sources for an earlier report.

Both cadres said Dawut had been held at a camp “at the old Cadre’s Bureau”—one of a number of camps in Makit county identified by RFA in previous reporting, which also include the county’s former Communist Party School, former Vocational High School, and at least one in Tumental.

The cadres said that the former Bureau of Cadres is located inside the county seat “near the development zone,” around two to three kilometers (1.25 to 1.85 miles) from the 14th Neighborhood Committee.

When asked what the reason for Dawut’s initial detention was, the cadre from Makit’s bazaar district told RFA “there were some ‘problems’ on his phone.”

Uyghurs have run afoul of the law for content on mobile phones, including references to Islam or Uyghur culture or signs of contacting people overseas.

Some Uyghurs and other detainees are being relocated to factories inside and outside of the XUAR as forced labor, under the guise of gaining employment connected to their purported vocational training.

Last week, the Trump administration sanctioned the quasi-military Xinjiang Production and Construction Corp (XPCC) and two of its current and former officials over rights violations in the XUAR.