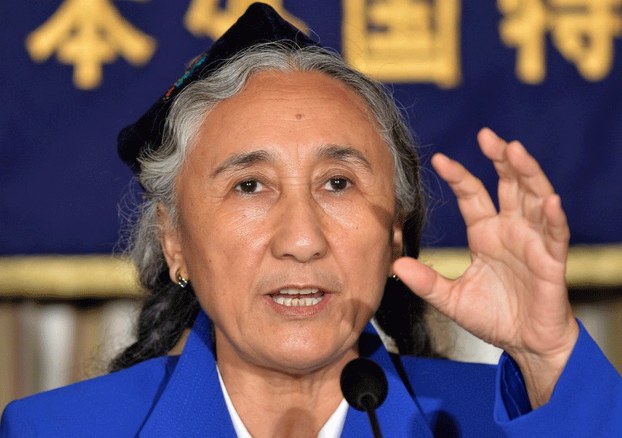 Cartons of books attacking the character of exiled Uyghur leader Rebiya Kadeer were recently left outside several mosques in Sydney, Australia, in an apparent bid to discredit the popular activist in the eyes of her supporters, sources say.

Copies of the book, titled The Uyghur Enigma, Discover Rebiya Kadeer, were dropped off in July and again last week in boxes containing multiple copies each outside Sydney’s Gallipoli Mosque, Bonnyrigg Mosque, and another mosque and restaurant serving the city’s Turkish community, a local activist told RFA’s Uyghur Service.

“Five boxes, each containing 14 books, were left [at the third site], for a total of 70 books,” the activist named Bextiyar Bore said.

The book, published originally in English last year, described the formerly successful businesswoman Kadeer as a black marketeer and tax cheat and had been translated into Uyghur, Dolkun Isa—secretary general of the Munich-based exile World Uyghur Congress (WUC)—told RFA.

“We were shown security camera footage of the actual dropping-off of the books, and from what we saw we concluded that those who left the books were [Han] Chinese,” Isa said.

“We informed the Australian authorities,” he said.

“This book was written in language that reflects China’s colonialist and dictatorial point of view,” Isa added.

“There is nothing objective about it, and it won’t fool the international community.”

Amazon.com sells the book for $27 and identifies the publisher as based in Poland. The on-line seller lists the authors as Paul Laurence and Dalrymple Alexander, but offers no information about the pair, whose names are similar to those of long-deceased British figures.

“Exploring to startling discoveries [sic], and offers an opportunity for a new understanding of China's ethnic difficulties and the policies in place to resolve them,” says the promotion on Amazon.

Rebiya Kadeer, 69, was released from a Chinese prison in March 2005 after being jailed for six years for sending politically sensitive newspaper clippings abroad, and went into exile in the United States. She now serves as president of the WUC.

Uyghurs in Xinjiang have long been subject to violent police raids on their households, restrictions on Islamic practices, and curbs on their culture and language by Chinese authorities who impose heavy-handed rule in the region.

But some experts outside China say Beijing has exaggerated the threat from Uyghur separatists, and that domestic policies are responsible for an upsurge in violence that has left hundreds dead since 2012.

China meanwhile regularly monitors Uyghur exiles overseas, with Australia’s Refugee Review Tribunal concluding in September 2011 that the activities of Uyghurs living in the country were likely to be reported to authorities in Beijing, according to a Dec. 30, 2015, Reuters report.