Schools in Tibet to Reopen as COVID-19 Fears Subside 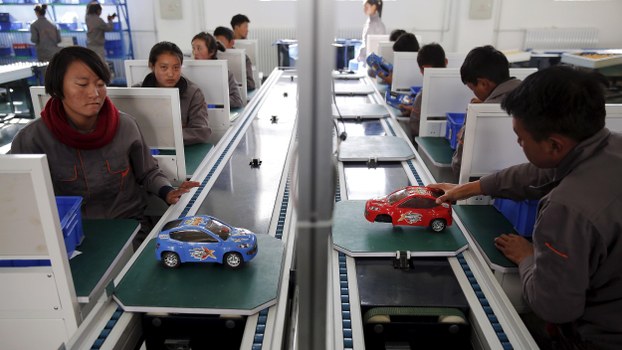 Students work on an improvised car assembly line as a group of foreign reporters visits a vocational school on a government organised tour in Lhasa, Tibet Autonomous Region, China, in a file photo.

Schools in the Tibet Autonomous Region will reopen after shutting down at the beginning of the month to stop the spread of COVID-19, authorities and sources in the region said.

The schools had been closed down since the beginning of winter break, and should have reopened on March 1, but in an official announcement, Lhasa’s Education Department postponed the reopening until a vague “end of the month.”

Now authorities in Tibet feel that their efforts against COVID-19 have been sufficient to allow the reopening of the region’s educational institutions.

“Even though the coronavirus is rapidly spreading around the world, the prevention and control of the virus in Tibet has been a success,” a source in Tibet told RFA’s Tibetan Service.

According to official statistics, Tibet has had only one confirmed case of COVID-19 and one recovery, leaving no confirmed active cases within the region as of Tuesday.

“Tibetan Schools in Nagchu [in Chinese, Naqu], Chamdo [Changdu] and Lhasa [Chengguan] are reopening at the end of March,” the source said.

According to the source, in some districts, the teachers must return to work a few days before the schools reopen.

“The department of education in Nagchu have issued a public notice calling all teachers to return to work on March 15, and the schools in Nagchu will reopen March 20,” said the source.

Another source, a teacher in Lhasa, told RFA Tuesday, “Since March 16th, all teachers in Lhasa have been asked to return to work. So we are back to our regular schedule. But regular classes have not yet begun. All our classes are still taught online.”

But some district have already resumed classes.

“A March 14 CCTV news report reported that Tibetan schools in Qinghai province restarted classes on March 9. They were the earliest to reopen after a prolonged closure due to fears of the coronavirus,” said the first source.

Authorities in Yunnan province will also restart schools in the final week of the month.

“Prevention and control of the deadly virus in Yunnan has been equally successful and as a result the authorities have decided that K-12 schools should reopen between March 23 and 30 as was reported, [in official media],” said the first source.

Tibetan schools in other district, meanwhile, are focusing on distance learning until it is safe to reopen.

“Schools in Sichuan and Gansu [provinces] have been getting by with remote and online teaching. But the colleges and universities in mainland China are still delaying their reopen due to fears of the virus,” said the first source, referring to official Chinese media reports.

According to the first source, life in Tibet is returning to normal as authorities are declaring that efforts to contain and control the virus’ spread have been successful.

“In Lhasa and Chamdo, the prevention and control of the coronavirus has seen positive results and as of now, shops and restaurants are reopening. You can buy food to go, get catering or delivery, but eating at the restaurants or holding public gatherings is still not permitted,” said the first source.

“Chinese official media has been touting China as the most effective country in in containing and controlling the spread of the virus. Official media now boast that China is even sending medical personnel to Italy to assist with [the situation] there,” the first source said.

As of Tuesday, Italy has the most confirmed cases of COVID-19 at nearly 28,000, second only to China.