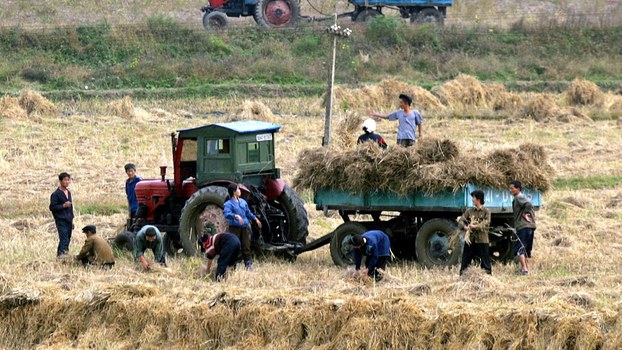 In the face of predictions of the worst food shortage in a decade, North Korean authorities are placing priority on importing milk, butter and sugar to produce confections for a substantial profit over staple grains to feed the masses , sources within the country say.

Indications of a poor harvest suggest that the winter months will once again be a trying time for the average citizen, but rather than investing in grains that can be stored through the whole season, the market is being flooded with snacks, breads, candies and alcohol.

“These days, food prices have continued to rise and people are starting to get anxious as they are making their final winter preparations,” a source from North Hamgyong province told RFA’s Korean Service.

“In the meantime, authorities are focusing all efforts on earning foreign cash by importing large quantities of milk and butter from China so that they can make high-quality processed foods,” the source said.

North Koreans typically purchase items in the local market using foreign currency.  The government therefore hopes to earn foreign cash by selling the expensive snacks in markets to its own people.

“The most popular processed foods that the state-run factories produce are candies, confectionary snacks, alcohol and edible oils made from grains like soybeans and rice,” said the source.

The source said that the flood of processed foods is partially due to the recent influence of Chinese companies on the food industry in the region.

“In Chongjin, the number of Sino-North Korean food-processing joint ventures has increased significantly this year. That’s on top of the [existing] food processing plants in the area,” the source said.

“These food companies make the snacks with expensive ingredients like milk, butter and powdered sugar from China, and sell them at high prices,” added the source.

“This is why these luxurious domestically produced processed foods are piling up high in market places, grocery stores, and even local snack bars. It’s because the Central Committee [of the Korean Workers’ Party] is pushing every food factory and joint venture to earn foreign cash by selling these processed foods,” said the source.

But the source said the strategy is ignoring the needs of the people who need to get through the winter.

“How can residents who need to secure grains for the winter buy expensive processed foods?” the source asked.

“The state is not concerned about its people’s winter preparation, instead it is busy producing [junk food] because it’s easier to earn foreign currency that way,” said the source.

A second source, from neighboring Ryanggang province told RFA on October 29 that the situation there was almost identical.

“These days, food prices at the local markets are rising every day, but these processed sweets are piled up in every corner of the market,” the second source said. 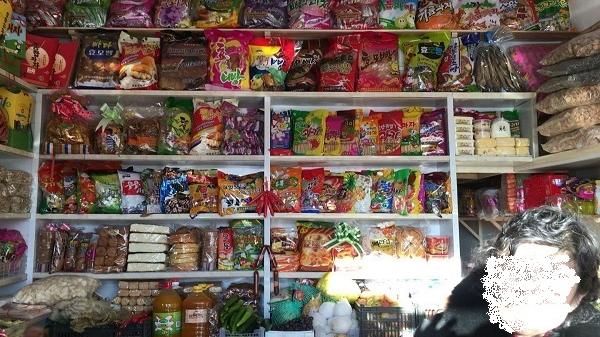 “The authorities are not considering [importing] grain for the people, they are only bringing in ingredients for these processed foods like snack cakes, even though we are worried about a food shortage because of a decrease in the harvest this year,” said the second source.

The second source said the focus on snack making is going on nationwide.

Food factories and joint-venture companies across the state are competing to make these high-quality confections using imported flour, powdered sugar, milk and butter, because they can make more foreign cash by selling the processed foods to the rich,” the second source said.

The second source said that the focus on confections is actually exacerbating the rise in food prices.

“[The snacks] are sold at more than 10 times the price of the raw materials. At a time when food prices are increasing due to a decrease in harvests, the state-run factories are adding fuel to the fire.”

According to a New York Times report on May 15, the state-run Korea Central News Agency said that North Korea this year experienced its worst drought in 37 years. The article predicted that the food crisis in the country would worsen, given that the harvest last fall had been the worst in a decade.

The World Food Program and the Food and Agriculture Organization, were at that time concerned that the June harvest of crops like wheat and barley would be extremely low based on the prolonged drought.

RFA reported in May that several sources believed that the food shortage was not as severe as reported. They believed that authorities were overstating the severity of the shortage in order to secure more aid.

Another RFA report in August quoted Chinese sources who thought that North Korea’s exports of processed foods to China raised questions about how food aid was being used.

A report released by the U.N. Office of the High Commissioner for Human Rights (OHCHR) in May painted a dire picture of living conditions within the country, saying that in 2019, 10.9 million people (more than 43 percent of the population) do not have access to enough food.

In the 1990s a famine killed several million people, and those who came of age during that period continue to suffer from “injuries both physical and psychological,” said a report issued last month by the Committee for Human Rights in North Korea (HRNK), a Washington-based NGO.