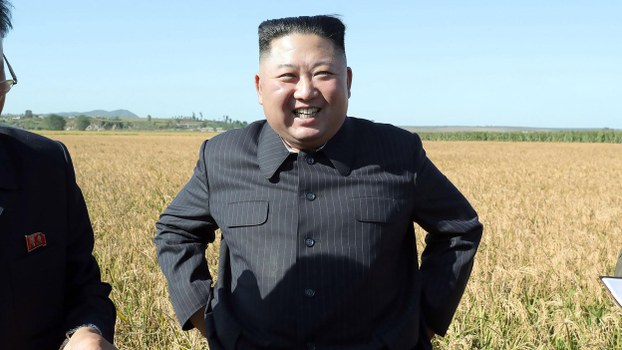 The South Korean university’s Institute for National Peace and Unification Studies (IPUS) conducted the survey in August of 116 North Koreans who fled to the South last year, and 64% blamed Kim Jong Un for the state of the North Korean economy, an 11% increase over the previous year.

“We have a [majority] responding that the reason North Korea is experiencing economic difficulties is because of the Supreme Leader,” said Kang Chae-Yeon, a humanities Korea research professor at IPUS.

Kang said that the second highest response blamed the leadership of the Korean Workers’ Party with a sharp increase over the previous year. While the Party is chaired by Kim, this response indicates that the blame for North Korea’s economic misfortunes should be shared with other key high-ranking officials.

Meanwhile, 31% of respondents said North Korea is spending too much on its military.

According to the U.S. State Department’s World Military Expenditures and Arms Transfers 2016 report, between 2004 and 2014, North Korea spent about U.S. $3.5 billion per year on its military, about a quarter of the country’s average GDP.

South Korea spent about 2.6% of its GDP per year over the same reporting period.

Only 8% cited U.S. economic sanctions as the culprit behind the country’s economic woes.

U.S. and U.N. sanctions are aimed at depriving Pyongyang of money and resources that could be funneled into its nuclear and missile programs. They place restrictions on many North Korean economic activities including which resources can be exported from and imported to North Korea, while banning countries from issuing new work visas for North Koreans, and mandating that all North Koreans working abroad return home by the end of the year.

According to South Korea’s Ministry of Unification more than 33,000 North Koreans have entered South Korea over the past several decades, including 546 as of June this year.

Oh! these suckers dont see US and its dogs south korea and japan...Who killed millions and are main reason for north korean economic hardship...Day will come when these devils will face the same