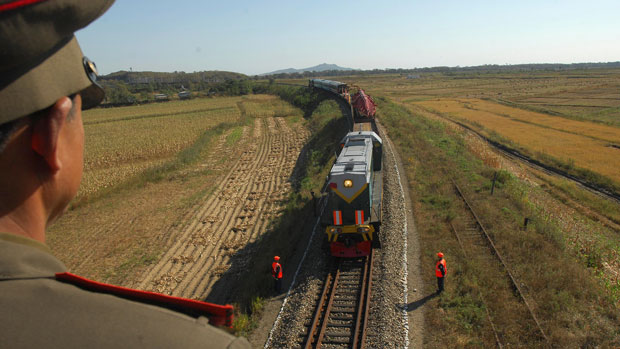 A North Korean soldier watches a train at a cross-border rail link in a file photo.
AP

As the year-end deadline under United Nations sanctions to return home draws near for North Korean workers in Russia, train tickets between the Moscow and Pyongyang are selling out.

The sanctions, aimed at depriving Pyongyang of resources that could be funneled into its missile and nuclear programs mandate that no new work visas are to be issued to North Koreans to work abroad, and all current workers must return to North Korea by late December.

Sources within Russia say that North Korean workers have begun returning home in large groups from as far away as the Russian capital.

“Tickets for the international train running between Pyongyang and Moscow are sold out for the rest of the year,” a Russian citizen of Korean descent from Ussuriysk told RFA’s Korean Service Sunday. Ussuriysk is located to the north of Vladivostok in the Russian Far East. Both are relatively close to the North Korean border.

The source attributed the sellout to the sanctions, saying that tickets to Pyongyang are normally not in high demand.

“Even in October, the Pyongyang-Moscow international train did not have many passengers at all. There were usually more empty seats than passengers,” the source said, adding that the line’s normal near-empty status is now impossible to book a seat on.

“There are a limited number of passenger seats on the train bound for Pyongyang and the North Koreans returning home from Moscow have taken all the seats, so there are no tickets available in Ussuriysk,” the source said.

The source added that the train line connecting the two capitals only runs 8 times per month, which is clearly not enough to carry all of the North Korean workers home. 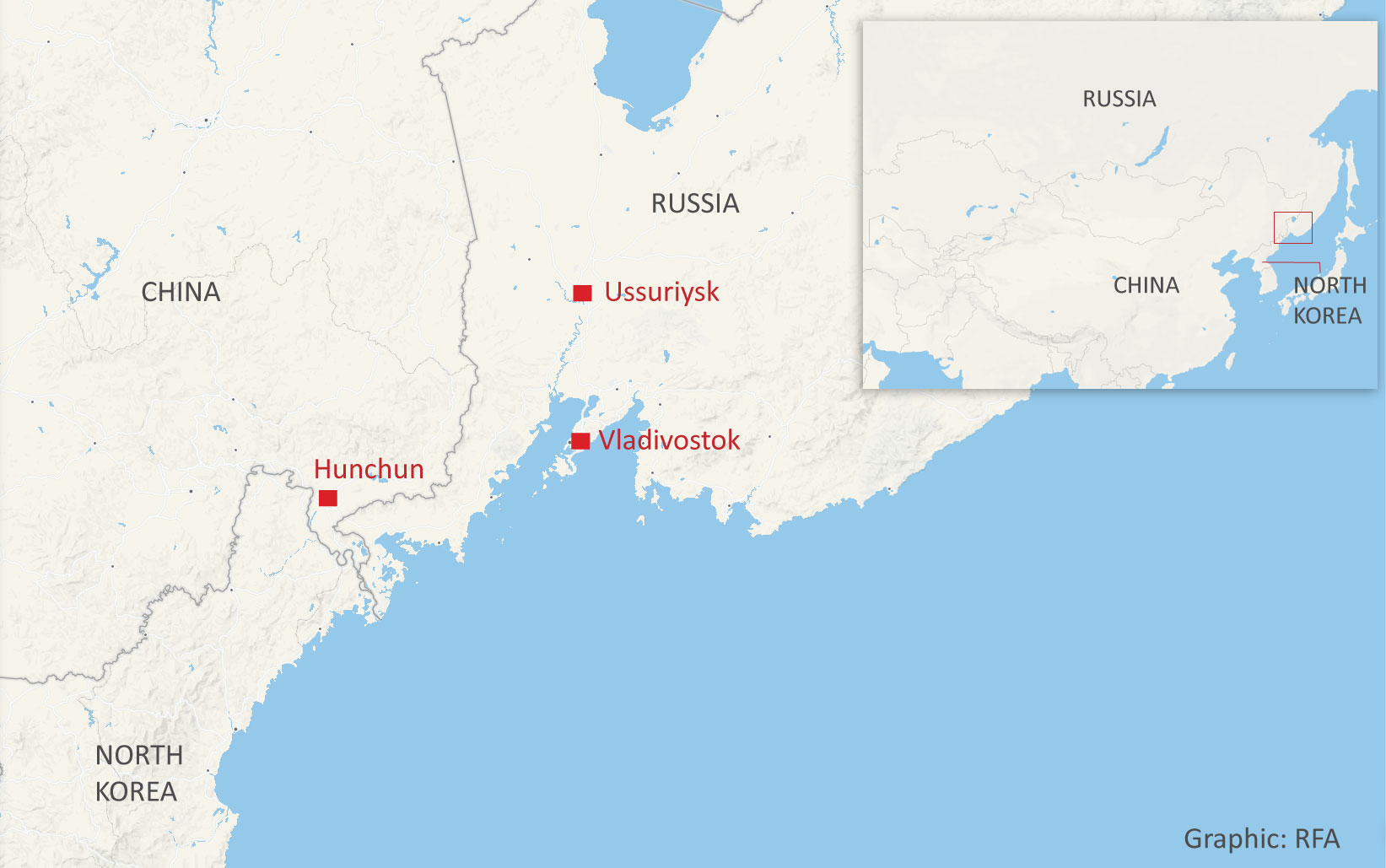 Another Russian citizen of Korean descent, from nearby Vladivostok, told RFA that most North Koreans want to return home by train to save money.

“Returning North Korean workers use international trains because it’s U.S. $97 for a one way ticket, much cheaper than flights,” the second source said.

“The flight from Vladivostok to Pyongyang is monopolized by the North Korean airline Air Koryo, so it costs more than U.S. $250 for a one way ticket, and the workers have to pay for transportation for their return,” the second source added.

Workers are even travelling to Chinese city on the North Korean border first, sacrificing time to save money on the trip.

“Some trade workers and laborers take international tour buses from Ussuriysk to Hunchun, China to return home. It is very tiring to be on the bus for so long, but once they arrive in Hunchun, it will cost them much less if they travel to Pyongyang through the Hunchun customs office,” the second source said.

“This is the first time I’ve seen tickets from Russia to North Korea sold out a month before the actual travel dates. I don’t know how all the North Korean workers will make it back to Russia [before the end of the year], but for now, [their] withdrawal seems to be in full swing.”

RFA reported in September that crowds of several hundreds of North Korean workers were spotted at the Vladivostok airport waiting to board flights to Pyongyang.

That report referenced a September 5 Ria Novosti interview with Russian Ambassador to North Korea Alexander Matzegora, who said that at that time, fewer than 10,000 North Korean workers remained in the country and that they would all return home by December 22.

RFA and other media outlets have reported, however, that North Korean workers have been known to travel to Russia on student visas and then find work as a method to skirt the restrictions put in place by the sanctions.