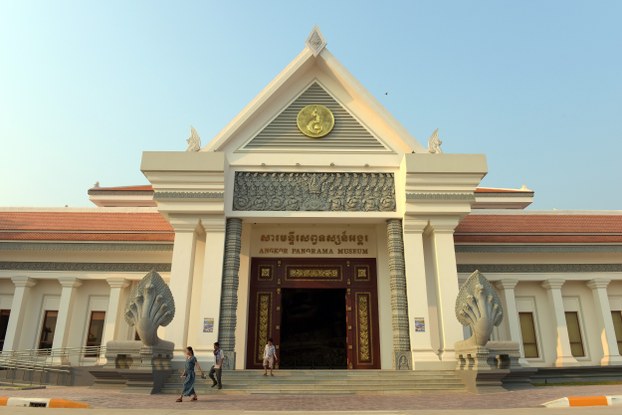 Cambodian people walk out of the North Korean-built Angkor Panorama Museum in Cambodia's Siem Reap province in a file photo.

Authorities in Cambodia have arrested 16 North Koreans, shortly after announcing that they would shut down North Korean-owned businesses in an attempt to comply with U.N. sanctions, which stipulate that all North Koreans working abroad had to be repatriated by the end of last year.

Siem Reap province’s police department told RFA’s Khmer Service that the 16 North Koreans were in Cambodia illegally, working in the northern area of the province.

Police Chief Tith Narong said the arrest occurred on Jan. 3. He said that the 16 suspects were using passports with tourist visas that were expired. They were working as computer technicians, installing illegal software.

“Immigration fined the Koreans and they were ordered to return home,” said Tith Narong, adding that the group had been planning to travel to China, as they were working for a Chinese online gambling company.

“They were tourists, so we expelled them because they came to the wrong destination,” he said.

“We gave time for them to stay for one week, then they will get out of Cambodia,” said the police chief.

The government recently announced that it had closed down seven North Korean businesses in the country, including the Angkor Panorama museum in Siem Reap.

Tourism Minister Thong Khon declined to comment on any questions asked by RFA regarding the business closures.

Moun Sopheap, director of the provincial department of culture and fine arts, told RFA that he was unaware of the closure of North Korea's U.S. $24 million museum because he was busy in the capital Phnom Penh.

However, Chan Chamroeun, the Siem Reap provincial coordinator for rights group ADHOC, told RFA that the Angkor Panorama museum was shut down a week ago, but he did not know the reason for the closure.

"I am not sure when they closed, but I received information that the museum was suspended,” he said.

“We don't know the exact reason for the closure, but maybe it is because many guests aren’t coming,” he added.

Analysts have said that Cambodia receives very little from its diplomatic and business ties with North Korea, especially because Pyongyang routinely ignores international norms and practices.

Political scientist Em Sovannara told RFA that relations between Cambodia and North Korea have been deteriorating because of this, and little has been done to better relations since the death of Cambodia’s King Norodom Sihanouk in 2012.

Em Sovannara said Cambodia has had difficulty communicating with North Korea because of the tense political climate brought on by Pyongyang’s nuclear ambitions and sanctions imposed on North Korea by the U.N., U.S. and other powers.

“If we look at the current situation, Cambodian diplomats’ interests [in North Korea] are very small and trade is also low volume,” he said.

“North Korea should not be openly or fully supported like other countries [Cambodia has relations with] because it seems to be ignoring international norms,” he said.

Cambodia’s Foreign Ministry spokesman Koy Kuong told RFA that his government has no interest in doing business with North Korea because trade with Pyongyang is nearly nonexistent.

"[We’ve had] very little [trade] interest in North Korea in the past year,” he said, adding that annual trade amounts to only a few thousand U.S. dollars per year. 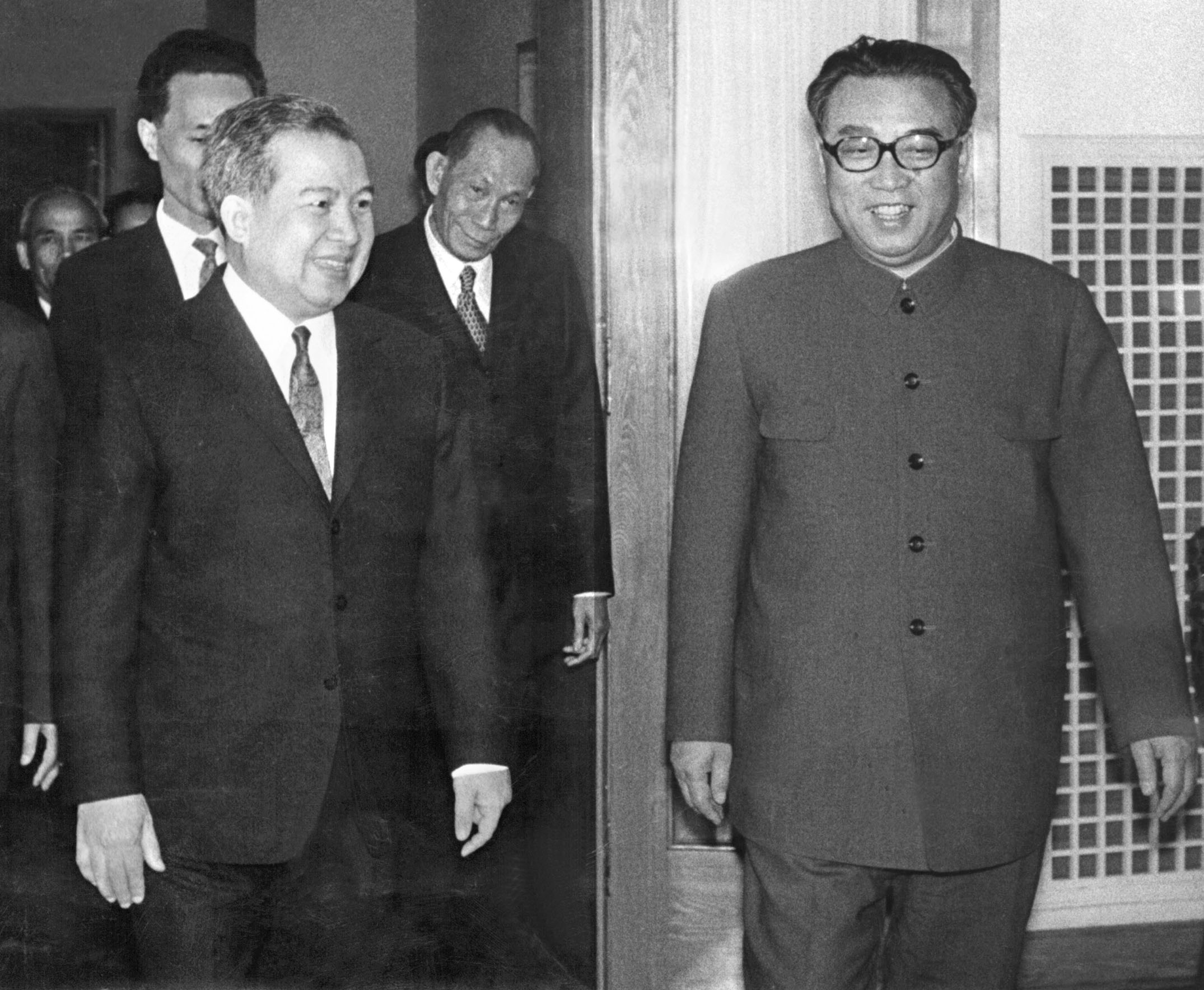 Recently, North Korea has expressed a desire to improve ties with Cambodia. The two countries have had diplomatic relations for more than 50 years, dating back to 1965, and North Korea had been an ardent supporter of King Sihanouk during his years in exile (1970-1991).

But North Korea’s push to renew relations is coming at a time when South Korea is playing a more pronounced role in Cambodia's trade.

Reported and translated by Pheap Aun for RFA’s Khmer Service. Written in English by Eugene Whong.