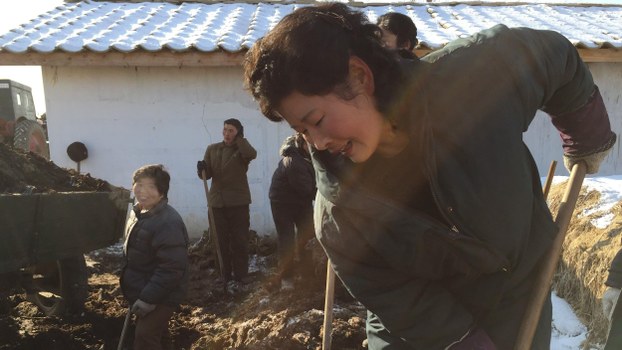 Competition for human feces has become cutthroat in North Korea, as authorities have burdened citizens with impossible collection quotas to prepare fertilizer for next year’s farming season.

In impoverished North Korea, farms are fertilized using human waste, and the government tasks every household with yearly collection quotas.

One source told RFA the quota was intentionally unreasonable because the true purpose of the quota was to force the citizens to pay fines and bribes for failure to meet targets.

But authorities have already set the quota for next year, and in urban areas, the mission is causing unrest and environmental damage, as citizens are stealing feces from each other, or digging up soil to mix with feces in an effort to reach the quota, which once again appears unreasonably high.

“The agricultural authorities are forcing residents to produce eight tons of manure for each household to help the local farms,” a resident of Ryanggang province told RFA’s Korean Service on October 8.

The source said that in attempting to fill the quota, citizens have resorted to violence.

“People in the city are fighting to take over public restrooms. It’s ridiculous,” said the source.

“Those who can’t get enough from the restrooms resort to collecting soil to mix with the feces to [make it seem like they have collected enough] manure,” the source added.

The source said that the mass collection of soil is damaging to the environment.

“When it rains, the holes in the dirt become puddles of filth and are the main culprits of environmental destruction,” said the source.

The source revealed that the agricultural manure quota has been a boon for certain entrepreneurial merchants.

“As the absolute amount of manure is nowhere near the quota, there are even now merchants who are selling dried feces,” the source said.

“People put all their human feces outside to dry so it’s all over the city. It’s really hard to breathe when you go out on the streets,” the source said.

While the manure mission may be hard for city-dwellers, the quota is a major inconvenience for those living in rural areas as well.

“In order to fulfill their quota, people in the countryside have taken all the humus [dark, nutrient-rich soil], to mix with manure, and even rocks from coal mines are being put into the mixture,” the source said.

“Since there is not enough soil to mix with the manure, people of all ages are rushing to the coal mines to get the rocks,” said the source.

The smell of resentment

A second source, also a resident of Ryanggang said that the manure mission and other tasks are making the people resent the authorities.

“The people have no time to take care of themselves. It’s so hard to make a living already but there are so many things they want them to dedicate to the state. People are getting resentful,” the second source said.

“Residents complain that this year the authorities have been forcing them to do so many of these missions that people can’t even remember everything,” the second source said.

In the netherlands where i live manure is collected at the farm in bunker reservoirs and periodically retrieved by big trucks to bring the manure to special factories where they make flammable gas from the manure by heating it to around 35degrees Celcius. The gas is used to drive generaters that run on natural gas mixed with the gas from the manure. If the farmer needs for his own use manure he then only uses the part he needs and with a mechanised injector he injects the manure deep in the ground so there is hardly any stench from it.

Why the kim-clan is forcing north korean citizens to live life in poverty and isolation is a big mysterie to me as also the fact that goverment officials are excempt from their own rules. As if they see the people as farm animals.

Maybe i don't understand it but in my opinion it is pretty unfair and un-hygienic...brrr.