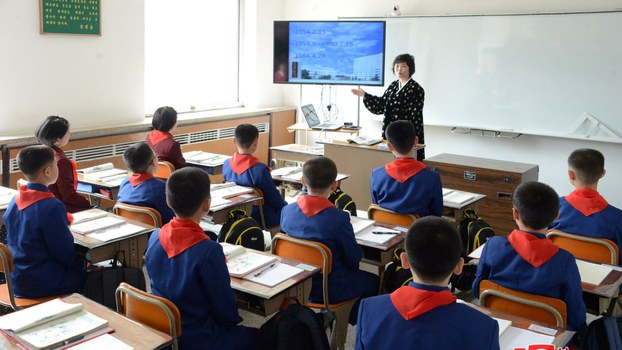 Authorities in North Korea are clamping down on private tutoring and banning school teachers from working on the side due to coronavirus concerns, in a major blow to many educators who supplement their low salaries with private students, sources in the country say.

Private tutoring in North Korea has always been illegal, but according to a report by The Economist published in December, the industry is “thriving” north of the 38th parallel. The report cited a Seoul National University study of 116 people who recently fled the North for the South, finding that about a third of them had received some form of private education.

South Korean experts believe the data show that North Korean parents are now more willing to invest in their children’s education rather than simply accept the education provided by the public school system, much like their counterparts in South Korea. But with the onset of COVID-19, authorities are taking serious measures to contain its spread.

Though North Korea has yet to officially confirm a positive case in the country, recent extreme measures orchestrated by the government, including the quarantine of entire counties and establishing isolation centers in a large Pyongyang hotel suggest to experts that the disease has been spreading there for some time.

“The National Emergency Quarantine Committee is putting a stop to the private tutor classes that the teachers have in their homes, saying it’s to prevent the spread of the coronavirus,” a South Pyongan province resident told RFA’s Korean Service Sunday.

“Most of the private tutors are professors and teachers from high schools and universities. Some of them are graduates from prestigious colleges with high educational standards. They privately taught students foreign language or computer technology and received money,” said the source.

“But, as private education has now been suspended, their livelihoods are being hurt,” the source said.

In the North Korea, the average monthly salary is less than U.S. $5.00, which is not enough to live on, so people in all sectors must find other sources of income. Most people start businesses and work in local markets. The teachers who were able to support themselves through private tutoring are now facing a dire situation, according to the source.

“Private tutors who suddenly lost their jobs are openly saying that starving to death is scarier than the coronavirus,” the source said.

This is causing some tutors to take the risk of teaching anyway.

“Some teachers are going to the homes of students wearing masks, to avoid monitoring by the authorities so they can still get paid,” the source said.

Even the teachers who do not engage in private tutoring, instead assisting their spouses in the family business in the local market are feeling the pinch, according to the source.

“[They] are complaining that the authorities are not only shutting down private tutoring, but also private businesses in the marketplaces,” the source said.

Another source, a resident of North Pyongan province, told RFA on the same day that the government is undermining its own efforts to control the virus among school populations.

“The authorities postponed classes for the spring semester, which was supposed to begin in March, for 20 days to avoid mass infection of the new coronavirus, but it’s only a formality,” the second source said.

“To mark the new school year in April, the Ministry of Education is urging teachers and students to renovate the school’s educational facility and labs,” said the second source, adding that the government is making parents foot the bill.

“Homeroom teachers visit every student’s house and inform each individual of the amount that they need to dedicate to the school. So the teachers who are outside on the streets and the students [they are visiting] are all getting exposed to the epidemic,” the second source said.

According to the second source, residents are critical of the authorities because they make the teachers visit the homes of their students to collect money, but they forbid teachers from visiting the homes to tutor and support themselves.