China Places Dissidents, Petitioners Under Surveillance Ahead of Forum 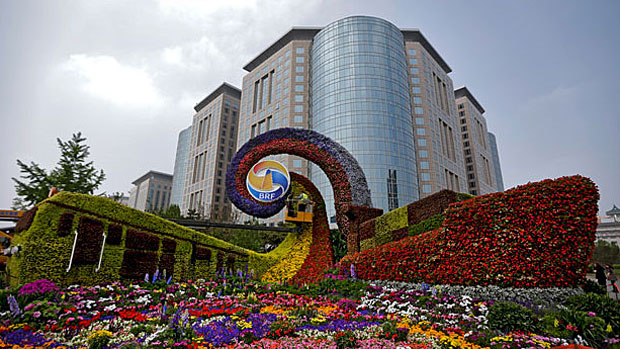 Authorities in the Chinese capital have placed a number of high-profile dissidents under police guard and stepped up city-wide security ahead of a high-profile conference showcasing President Xi Jinping's "Belt and Road" global infrastructure plan.

The Belt and Road Forum will see 37 heads of state and government converging on Beijing from Thursday through Saturday, including leaders of Austria, Hungary, Italy, and Russia.

Residents of Beijing said police are now routinely stopping people on the streets and checking their ID.

"They are checking ID in Beijing right now, asking passersby where they are going, and where they came from," a resident surnamed Liu told RFA. "Around the Southern Railway Station, they have drafted in a bunch of young police officers from I don't know where, with dogs."

"They are also running security checks and checking ID at the metro stations," Liu said. "It's really tight, as if we're on high alert," she said.

She said the security measures at the Southern Railway Station began on April 18.

"Things are so strict in Beijing right now," housing rights activist Ni Yulan told RFA on Wednesday. "Basically, nobody from out of town is allowed into Beijing, and they have placed sensitive figures, such as dissidents and petitioners, under control and surveillance, so they can't move around freely."

"They are now paying close attention to people they didn't particularly care about before," she said. "The family members of anyone pursuing a complaint [against the government] are now really affected."

Beijing resident Qi Zhiyong, who was maimed when a People's Liberation Army (PLA) tank ran over his legs on the night of June 3, 1989, during the bloody crackdown on the student-led pro-democracy movement, said he has been under close surveillance since Monday.

"They have been on duty watching me since April 22, and limiting my freedom," Qi said. "They are watching me because the Belt and Road Forum is about to open."

Qi said his movements will likely be restricted until April 29, and that he isn't the only one being targeted.

"[Democracy activists] He Depu, Gao Hongming, and Zha Jianguo, also Hu Jia, Zhang Baocheng, and Li Wei were all placed under surveillance from April 23," he said. "Also, they're detaining petitioners now. If they find them during an ID check on the streets, they'll detain them."

Wu Shuyun, a petitioner from the southwestern Chinese city of Chengdu, said many petitioners had been refused train tickets to Beijing when they tried to buy them ahead of the forum.

"There is a huge stability maintenance operation in Chengdu at the moment," Wu said. "The government knows as soon as you try to buy a ticket, and they come to stop you petitioning."

"People are getting stopped at the railway station when they try to travel to Beijing to complain, and beaten up and their phones confiscated."