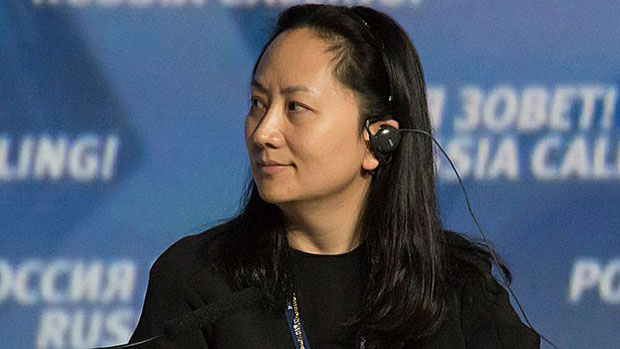 A majority of Chinese Canadians appear to support the judicial process that could lead to the extradition of a top executive with Chinese telecoms giant Huawei to the United States, according to a recent opinion poll.

A poll of Chinese Canadians carried out by the Innovative Research Group on behalf of the Canada Committee 100 Society found that 54 percent of British Columbia residents of Chinese descent think Ottawa shouldn't intervene if the extradition of Huawei chief financial officer Meng Wanzhou is approved in court.

And 49 percent of those polled said the Canadian federal government should approve the extradition.

While some 31 percent of respondents objected to the extradition, 27 percent said the rule of law was more important than economic interests, while 58 percent said both are important.

According to 100 Society research director Zhang Kangqing, the survey shows that most Canadians of Chinese descent support the government's current approach.

"This is an interesting discovery," he said.

Meng's arrest at Vancouver airport on Dec. 1, 2018 at the request of federal investigators in the U.S. has sparked a diplomatic row between Ottawa and Beijing, which has tried to frame her arrest as politically motivated.

On Dec. 10, China detained Canadian nationals Michael Kovrig and Michael Spavor, and has accused them of working together to "steal state secrets."

Their detentions came hard on the heels of an announcement allowing the extradition process for Meng to proceed.

Meng has also filed a lawsuit against the Canadian government, alleging procedural errors by officers who arrested her. She is due in court on Wednesday for a brief hearing relating to legal requests and applications.

The U.S. wants to extradite her to face charges of bank fraud linked to the breach of sanctions against Iran.

The case could take months or even years to resolve, and Meng is living under house arrest at her Vancouver home in the meantime.

She says border officers held, searched, and questioned her at the airport under false pretenses, and "intentionally failed to advise her of the true reasons for her detention, her right to counsel, and her right to silence."

According to the Canadian department of justice, Wednesday's hearing is merely an administrative hearing for requests or applications from Meng's legal team.

It will also discuss whether the conditions of bail need to be revised. If the prosecution and the defense have no objections, the court will set the date for the extradition hearing, the department said in an e-mail to RFA.

Canadian lawyer Richard Lee said Meng’s lawyers will likely try to delay her eventual hearing, and that the civil lawsuit could be a part of that strategy.

"If they can drag this out for a longer time, it will benefit Meng, who will still be on Canadian soil and not in the United States," Lee told RFA. "It is hard to say what will happen while Sino-U.S. trade negotiations are still ongoing. Delay is the best strategy."

He said a delay of several years is possible, as lawyers use all opportunities to appeal, potentially taking the case all the way to the Supreme Court.

If the Supreme Court decides that the extradition request is well-founded, Meng's case will then be handed over to the Federal Minister of Justice to decide whether or not to approve the extradition.

Kovrig and Spavor were arrested on Dec. 10 in what was widely seen as a retaliatory move following Meng's arrest.

At least 13 Canadians were detained after Chinese officials vowed to retaliate for Meng's arrest.

While at least eight have since been released, Chinese courts have since handed down the death penalty to Canadian nationals Robert Schellenberg and Fan Wei, who were convicted of drug trafficking.

A Canadian foreign ministry spokesman said on Wednesday that Canada is very concerned about China's use of an "inhumane punishment."

Canada has requested and will continue to seek leniency for Schellenberg, whose appeal hearing is scheduled for Thursday, reports said.

The U.S. Department of Justice has accused Huawei of hiding behind a linked company, Skycom, to mask its operations in Iran and accused Meng of repeatedly lying to Huawei’s banking partners about the relationship with Skycom, which they described as a "partner."

Concerns are growing that Huawei should be regarded as a potential security threat, as governments around the world begin tendering for next-generation 5G mobile network infrastructure, given a 2017 Chinese law requiring Chinese companies and citizens to comply with spying requests from the government.

The U.S.-China Economic and Security Review Commission on Monday warned that Chinese companies use a number of methods to acquire technology and intellectual property from U.S. companies.

"These efforts are often made at the direction of and with assistance from the Chinese government, part of Beijing’s larger effort to develop its domestic market and become a global leader in a wide range of technologies," the Commission said in its report.

"[These] are still in the early stages of development but could provide dual military and civilian capabilities in the future," the report warned.

Huawei has repeatedly insisted that it is a private company with no ties to the state.

Canada must send Meng Wanzhou to the US right away. Why wait ?