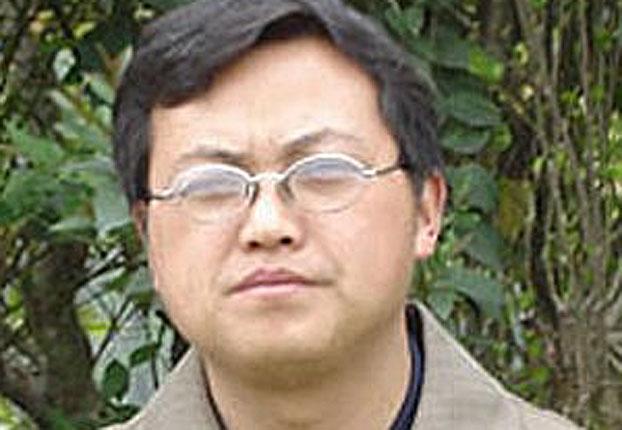 Authorities in the central Chinese province of Hubei have formally arrested Liu Feiyue, the founder of a rights website, on subversion charges, fellow activists and relatives told RFA on Wednesday.

Liu Feiyue, who founded the Civil Rights and Livelihood Watch website, was detained on Nov. 17 under criminal investigation for "incitement to subvert state power," by police in Hubei's Suizhou city and placed under formal arrest on Dec. 23.

His wife confirmed the news when contacted by RFA on Wednesday, but declined to comment further.

"They haven't told us anything for certain; they just told us to wait," she said.

A volunteer who answered the phone at the offices of the Civil Rights and Livelihood Watch website that Liu founded said the authorities had issued a number of restrictions to Liu's family.

"If they don't do as the authorities tell them, this will have a negative effect on Liu Feiyue, so they have refused to say anything publicly," the volunteer said.

"They haven't allowed the relatives to top up his credit [in the detention center] and the conditions in there are terrible," he said, adding, "His health won't stand it if they can't supplement his income."

"I hope they will allow Liu Feiyue to meet with a lawyer soon, to find out how he is doing, and whether or not he has been subjected to torture or mistreatment."

Liu, a veteran rights activist who founded Civil Rights and Livelihood Watch in 2006, has been targeted for police harassment in the past, and is routinely detained or placed under house arrest during politically sensitive events.

Last month, he was held briefly ahead of the ruling Chinese Communist Party's sixth plenary session in Beijing, but was later released alongside other activists.

Meanwhile, detained rights lawyer Jiang Tianyong has been denied permission to see his attorney by authorities in the central province of Hunan following his detention last month on suspicion of fraud and "illegal possession of state secrets."

According to Jiang's defense lawyer Chen Jinxue, the case is being handled by state security police in Hunan's provincial capital, Changsha.

Jiang, who has been incommunicado since Nov. 21 during a trip to Hunan's provincial capital Changsha, is currently under "coercive measures," which allow for a suspect to be held in secret for up to six months where national security-related crimes are claimed by police.

He is being investigated for "fraudulent use of identification," "illegal possession of state secrets," and "illegally providing state secrets."

But police are refusing to allow Chen to visit Jiang in detention, claiming there is a problem with the paperwork.

"I was met by a plainclothes officer who said that I shouldn't go to the state security police because the document I have was issued by a subdivision of the Changsha police department," he said.

"But they are basically the same thing ... they are just trying to make it look as if they're not the ones dealing with the case," Chen added.

Jiang's U.S.-based wife Jin Bianling said the authorities are still trying to figure out ways to charge her husband formally.

"They want to dig up some dirt on him, so they just specify some charge, and then they will set about smearing Jiang Tianyong," Jin said.

A video posted online by the the Communist Youth League Central Committee last week accused Jiang of becoming a propaganda tool in the hands of "overseas forces."

More than 300 lawyers, law firm staff, rights activists, and relatives were detained, questioned, or placed under surveillance or other restrictions in a nationwide police operation targeting the legal profession launched in July 2015.

At least 16 remain in criminal detention on subversion charges, while four have been handed jail terms of up to seven years, according to the Hong Kong-based Chinese Human Rights Lawyers Concern Group.

Many others have been denied access to lawyers and to family visits.

Reported by Qiao Long and Xin Lin for RFA's Mandarin Service, and by Ng Yik-tung, Wong Lok-to, and Sing Man for the Cantonese Service. Translated and written in English by Luisetta Mudie.