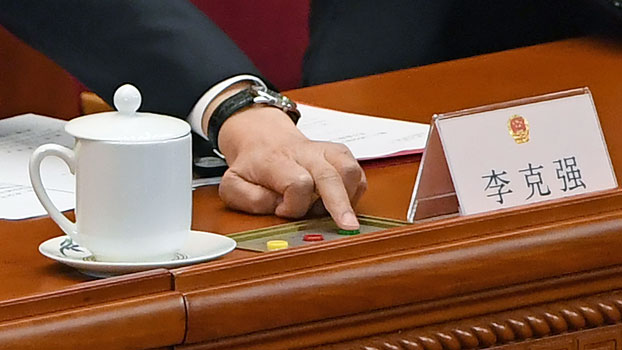 Chinese Premier Li Keqiang votes to approve the China's foreign investment law during the closing session of the National People's Congress in the Great Hall of the People in Beijing, March 15, 2019.
AFP

China's state press has hailed the "resilience" of the country's economy under pressure, claiming credit for the government's "opening up" policies, although most have yet to take effect.

Official media have offered a series of rosy readings following the latest package of mostly disappointing economic figures, including industrial output in July.

Monthly production rose 4.8 percent from a year earlier, the slowest pace in 17 years, according to National Bureau of Statistics (NBS) data.

During the growth slide, China's economic reporting has struggled to keep a balance between credibility and cheerleading as official industrial output growth continued to slip from 6.2 percent last year and 6.6 percent in 2017.

As production has faltered, the government has pinned most of its hopes on the strength of consumer demand.

"The Chinese economy has changed over the past decades and now relies mostly on the domestic market for sustainable growth," said the official English-language China Daily, citing Chinese experts.

Retail sales growth in July stayed "within a reasonable range" at 7.6 percent, down from 9.8 percent year-on-year in June, the NBS said.

Excluding the effect of a 13-month slump in auto sales, retail growth of 8.8 percent was "basically the same" as in June, the NBS maintained. But even the rise in non-auto sales fell below the 2019 monthly average rise of 9.2 percent, according to Bloomberg News. Overall retail sales rose 9 percent in 2018.

Last week, the cabinet-level State Council urged local governments to ease licensing limits and other measures that may restrict car sales, official media reported. It is unclear how China's traffic-clogged cities and the market will respond.

The key barometer of fixed asset investment drifted down to a 5.7-percent growth rate in the first seven months from 5.8 percent in the first half and 5.9 percent in 2018.

The tiny downward steps of investment in long-lasting assets like buildings and machinery have been remarkably gradual, or suspiciously smooth. Critics of China's official data have often complained about the appearance of "convergence," the practice of making new figures conform to past fabrications.

Critics may also have reason to examine the data on foreign direct investment (FDI), which rose 8.7 percent in July from a year earlier to 54.8 billion yuan (U.S. $7.8 billion), according to the Ministry of Commerce (MOC).

In one of the few economic indicators to show improvement, the seven-month growth figures rose from results for the first half, when FDI increased 7.2 percent in yuan and 3.5 percent in dollar terms.

Last year, FDI posted a slight 0.9-percent gain in yuan terms and was only saved from a loss by a 24.9-percent increase reported for December.

But the annual increase was a far cry from the 19.6-percent growth spike in 2013 and the 15.7-percent gain five years ago.

In a commentary, Xinhua hailed the July FDI numbers as proof that China's opening-up policies for foreign investment had outweighed U.S. trade pressures and declines in gross domestic product growth.

"While skeptics of the Chinese economy are still obsessed with churning out gloomy opinions citing the country's slowing GDP growth, they have clearly lost sight of the increasing appeal of the world's second-largest economy to global investors," it said.

Foreign investors have been "flocking to China" as a result of its new policies despite international trade and economic worries elsewhere, said Xinhua.

"While global investors hesitate in their confusion, the Chinese economy offers them indispensable certainty and confidence with its positive outlook," it said.

The accuracy of the figures and such assessments is hard to determine, given the 24,000 foreign-funded enterprises that were reportedly set up so far this year. Last year, the MOC counted more than 60,000 new overseas-funded companies, an increase of nearly 70 percent.

But the current claim that investors are still flocking to China flies in the face of reports that major international firms are re-examining their supply chain options in light of the trade conflict with the United States.

"There are many ways for China to inflate FDI figures. One is counting some portfolio investment as direct," said Derek Scissors, an Asia economist and resident scholar at the American Enterprise Institute in Washington.

"We know that Chinese companies established overseas have been repatriating money and that the Ministry of Commerce would count that as 'foreign,'" he said. 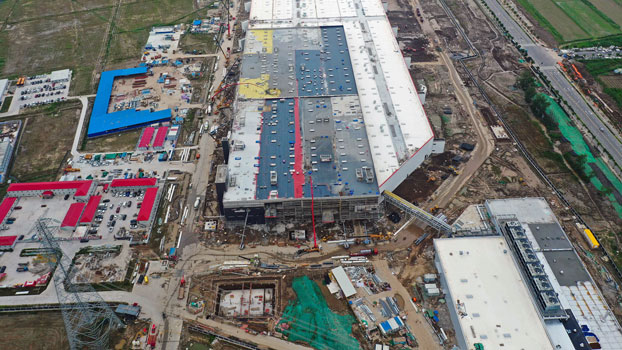 No accounting of companies

The MOC does not provide an accounting of how many foreign-invested businesses have closed down or cut back operations. But Premier Li Keqiang has acknowledged the problem of investors heading for the exits, while insisting that China is creating new opportunities for growth.

"While investors relocate some parts of their production lines to other countries, they have also increased investment in other parts of production capacity here in China," Li said in July at the World Economic Forum meeting in the port city of Dalian, according to The New York Times.

China has touted a new investment law and revised "negative lists" as major factors in FDI growth. But it seems counterintuitive to expect that the latest shortening of listed off-limits and restricted sectors announced in June can account for the improved FDI.

The revisions only began to take effect on July 30 and their impact has been seen as less than impressive.

In the financial services sector, limits on foreign ownership shares have been lifted in stages from 49 to 51 percent with full control promised by 2020, one year ahead of earlier plans.

Foreign ownership limits are also easing gradually in the auto sector, but the full opening for passenger car manufacturing will not take effect until 2022.

Despite the opportunities, both fields may face headwinds of economic uncertainty, and in the case of autos, the costs of the current sales slump.

China's opening-up plans may help to promote future investment, but the plans have been made under economic pressure and have yet to show clear signs of "increasing appeal."

Let red Chinese say what they want but the free world won't believe a word they say. Red China is starting to feel the heat.