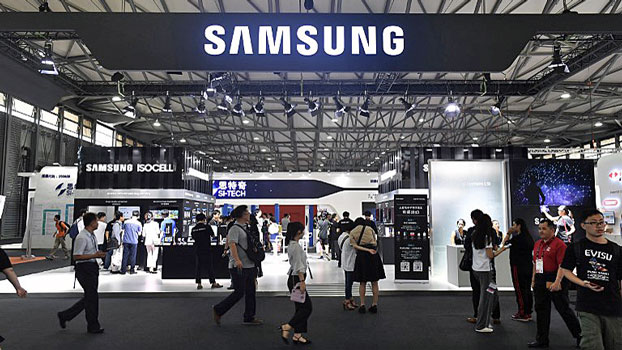 People visit a booth displaying smartphones and electronics made by the South Korean multinational conglomerate Samsung at the Mobile World Conference in Shanghai, June 27, 2018.
AFP

Based on the latest official figures, it appears that investors may be holding back until the outcome of the trade war with the United States becomes known.

As with much of the official data in China, the evidence is clouded, fragmented and inconclusive.

Yet, despite the uncertainties over Chinese statistics, it seems clear that foreign investment growth has fallen far below the double-digit rates of a decade ago.

Some reports have been quick to cite a "sharp deterioration in business confidence" among China investors following a steep drop in November's foreign direct investment (FDI), reported by the Ministry of Commerce (MOC).

FDI for the month plunged 26.3 percent from a year earlier to 92.1 billion yuan, the MOC said in December.

Investors in China were "spooked" by fears of more tariff increases "at a time of high uncertainty about the impact the dispute was having on China's economy," the South China Morning Post reported on Dec. 13.

"Given the prospect of additional tariffs, foreign companies are afraid to invest in China now," the paper quoted Shen Jianguang, chief economist at JD Finance in Beijing, as saying.

As evidence of the cooling trend, the report cited a recent decision by California-based camera maker GoPro Inc. to move some production out of China and a reported plan by South Korea's Samsung Group to close a smartphone factory in the northeastern city of Tianjin.

The FDI results were perhaps the worst of the economic figures released for the month, which was generally marked by a slowdown of growth rather than absolute declines.

The MOC had a ready explanation for the poor monthly showing on FDI, noting the "high base of comparison" with a surge of investment recorded in November 2017.

A check of the record appears to support the "base effect" argument, since the MOC reported a 90.7-percent jump in FDI a year earlier, although there has been no explanation for the sudden increase. FDI for the full year rose at a much milder 7.9-percent rate in yuan terms, boosting the total to a record high.

Loss of confidence in China may be one explanation for the falloff. Investors may also be waiting to see what new opportunities emerge from negotiations with the United States before making commitments. If that is the case, FDI growth could rebound in 2019.

Derek Scissors, an Asia economist and resident scholar at the American Enterprise Institute in Washington, noted several likely causes of the apparent slump but also reasons for caution in drawing conclusions.

"Changes in monthly FDI numbers can be driven by a single disbursal. No repeat a year later and there's a 'crash,'" he said by email, warning against over-interpreting the results.

FDI numbers are often "a product of Chinese money sent overseas coming back," said Scissors. In that case, there may be variable effects from government policies and capital controls.

The MOC report suggests that FDI totals are the result of many smaller investments rather than big headline deals. In the 11-month period, the agency recorded 54,703 new overseas-funded ventures, an increase of 77.5 percent.

But Scissors believes that "true foreign money is declining faster than 1.1 percent. Why? Because China's economy has been slowing," he said.

Official statements from the government and the Chinese Communist Party (CCP) have stressed "resilience" in the face of economic pressures. But growth rates were already on a steady decline before the trade war with Washington accelerated the slide.

"Many economists say the slowdown is the worst since the global financial crisis a decade ago," The New York Times reported on Dec. 14.

It may be too soon to see an impact from shifts in U.S. tariff policy, or the mild market access concessions that China has announced so far, said Scissors.

"My guess is that new or existing potential investors are inactive and waiting for clarity," he said. 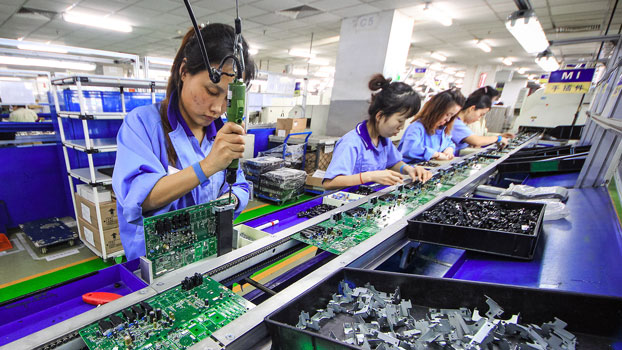 Over the past year, China has outlined plans to ease investment curbs for a limited number of sectors.

Last April, the government took the first step in the auto sector, ending foreign share limits for manufacturers of new energy vehicles (NEVs) and gradually allowing majority ownership of joint ventures for other car makers in the next several years.

In June, the government announced more opening-up measures with a long-awaited revision of its "negative list," trimming the number of sectors off-limits to foreign investors from 63 to 48.

The government has promised that more access for foreign investment is on the way. On Dec. 23, an MOC official told Xinhua that the negative list is likely to be shortened further in 2019.

In the past week, the Standing Committee of the National People's Congress took steps to unify China's legislation on foreign investment, which is currently covered by three separate laws.

Under the new draft law, foreign companies would receive "pre-established national treatment ... and have equal rights to participate in activities, including issuing stock and government procurement," Xinhua said on Dec. 23.

And in an apparent scramble to signal concessions before expected tariff talks in January, the government announced new deletions from its separate "market access negative list" on Dec. 25.

But the response from investors until now has been underwhelming. There have been few takers for the breaks in the automotive sector so far.

Despite initial enthusiasm, most foreign automakers have decided to stand pat with their local partners after investing heavily in their existing arrangements. In any case, the changes for passenger car joint ventures would not be allowed until 2022.

A further complication is that the investment break comes just in time for a downturn in the auto market. Some recently-opened factories are already standing idle, The Wall Street Journal reported this week.

The government also plans to open the financial sector with eased limits for banks, asset managers, investment firms and insurers under new rules announced in May.

This week, the official English-language China Daily reported that international firms are rushing to apply for business licenses to take advantage of the asset management opportunities.

One reported investment in financial services follows the recent approval for Swiss-based UBS Group AG to raise its share in its Chinese brokerage joint venture from 24.99 percent to 51 percent.

The decision is notable in light of the company's reported warning in October to some of its bankers not to travel to China after a Singapore-based employee was detained and prevented from leaving the country.

UBS has not commented on the matter, according to news agencies. In a statement carried by Xinhua on Dec. 1, CEO Sergio Ermotti stressed the company's long-term commitment to the Chinese market.

While the attractions for foreign investment are likely to continue, so will the risks.

Scissors said it is too soon to tell whether the cases will affect investment decisions.

"There's not enough of a detention pattern for it to matter yet," he said.

Economic growth rates and opportunities may be the biggest factors for FDI recovery in the coming year. But far more significant market opening may be needed to reverse long-term trends.

A look back at FDI data shows that growth has been falling steadily for well over a decade after hitting an average annual rate of over 26 percent in 2004-2008, according to World Bank statistics. China last recorded double-digit FDI growth in 2010.

Scissors said that if trade war tensions continue in the coming year, the effect on foreign investment may not show up in the official reporting.

"The signal of a major downward move will not be official numbers, of course, but multinationals independently reporting disinvestment," he said.