My Father and Bo Xilai

The daughter of a jailed businessman describes what her family endured under China's former Chongqing party chief.
2012-12-21
Tweet 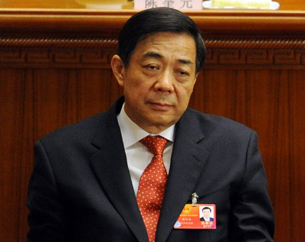 Jailed Chongqing businessman Li Qiang, 54, a former deputy to the municipal People's Congress, is serving a 20-year jail term handed down in December 2008 for allegedly orchestrating a taxi strike, along with other family members. All family assets were confiscated. His conviction was billed as part of the anti-mafia "strike black" campaigns in the city under the rule of the city's then-Communist Party chief Bo Xilai and his police chief Wang Lijun. With Bo's ouster in March, and Wang's sentencing for abuse of power in September, many entrepreneurs who were jailed in the campaigns and had their assets confiscated by Bo's administration are now seeking reversals of their convictions, many of which were secured through torture and forced confessions, according to their lawyers. Li's daughter spoke recently to RFA's Cantonese service:

I appointed a lawyer at the beginning of last year to file an application at the Chongqing Higher People's Court to overturn my father's conviction. A few weeks ago, the court agreed to meet with them. The judge told them to submit their evidence and to wait for a reply.

My father was determined to overturn the conviction, so his mood in jail wasn't too bad. He had just had cataract surgery. My mother Wu Shuqin was sentenced to two-and-a-half years, and she will get out on Jan. 13. My aunt has already been released. My mother was the victim of a forced confession, and she had a great deal of psychological suffering over this. Now, she can't bear to think of the experience.

On the judgement document, my father and his company, along with my mother, were fined more than 2.8 million yuan (U.S. $450,000). My father's case involved four different companies, two of which were able to prove they had nothing to do with the alleged activities. But they were turned into state-owned enterprises anyway and all their assets were stripped. I don't even know [how much money the government took]. The police took away my grandmother's pension fund, which was around 3 million yuan (U.S. $480,000) and put it in their own account.

Right now, all I know for sure is that if you confiscate someone's assets, there should be clear documentation, receipts, but they didn't issue anything. I just want to set the record straight, through legal channels, and find out what actually happened. That's what this is about.

Reported by Hai Nan for RFA's Cantonese service. Translated and written in English by Luisetta Mudie.