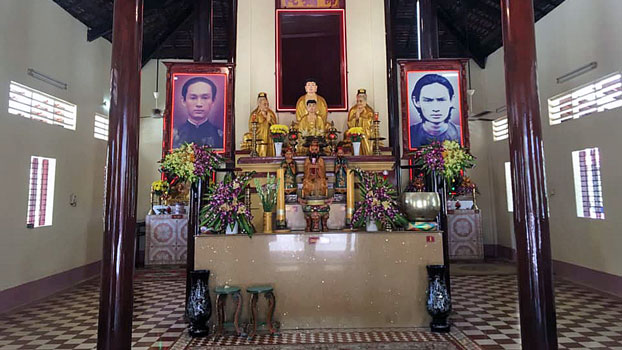 Six members of an unauthorized sect of Hoa Hao Buddhism were beaten by plainclothes police Monday while they were on their way to protest against the planned destruction of their temple in southern Vietnam’s An Giang province, one of the men who were assaulted said.

Vo Van Thanh Liem, the temple’s 79-year-old abbot who was among the six, said local officials ordered the destruction of An Hoa Tu temple, which is more than 100 years old but still in good condition, and its replacement by a new structure.

He said police on Sunday and Monday were guarding the temple’s front entrance, refusing to let anyone enter.

“When we got to the Thuan Giang ferry, about 40 to 50 people stopped us and beat To Van Manh, Le Thanh Thuc, Nguyen Thi My Trieu, and my nephew, Vo Thi Thu Ba, who had his phone broken,” he told RFA’s Vietnamese Service Monday evening local time.

“They were about to attack me, so I poured petroleum on my body and threatened to burn myself,” he said. “I also cut my neck to force them to leave the area. All of the guards there used a long stick to beat us until the stick broke.”

Liem said four Hoa Hao followers were injured during the assault, including himself with his self-inflicted neck wound.

Though the ancient temple was renovated about 80 years ago and was still in good use, the state-recognized Hoa Hao Buddhist Church wanted to demolish it on the grounds that the structure needed to be rebuilt, he said.

Vietnam, a one-party communist state, permits limited freedom of religion to members of state-controlled religious organizations, but often cracks down hard on unauthorized churches and temples.

The Hoa Hao Buddhist followers at An Hoa Tu pagoda belong to an unsanctioned sect of the official church that opposes the destruction of the temple, arguing that the structure is a sacred ancient religious monument that should remain standing and be repaired when necessary.

Authorities also tried to raze the temple about a month ago, but Hoa Hao sect leaders arrived in time to prevent its destruction, said Liem, who has spent six years in prison and three on probation on charges of  “resisting people on duty” when speaking out for religious freedom in the one-party, communist state.

Instead of allowing the dismantling of the building on Monday, Liem and others removed some of the temple’s tiles and installed a new roof, he said.

Over the years, local authorities have tried to prevent members of the Quang Minh Tu temple from organizing Hoa Hao Buddhist celebrations, he said.

Vietnam’s government officially recognizes the Hoa Hao religion, which has roughly two million followers across the country, but imposes harsh controls on dissenting Hoa Hao groups, including the sect in An Giang province, that do not follow the state-sanctioned branch.

Rights groups say that authorities in An Giang routinely harass followers of the unapproved groups, prohibiting public readings of the Hoa Hao founder’s writings and discouraging worshipers from visiting Hoa Hao temple in An Giang and other provinces.

The United States Commission on International Religious Freedom (USCIRF), an independent, bipartisan commission that advises the U.S. president, Congress and the Secretary of State on international religious freedom issues, visited Vietnam on Sept. 18 to gauge the country’s progress under the passage of the Law on Religion and Belief that went into effect in 2018.

“It was important that after the passage of the Law on Religion and Belief that went into effect in 2018 that we have a chance to look at whether and how that law is being implemented and to get a sense from both recognized and unrecognized groups about how things are working,” USCIRF commissioner Anurima Bhargava told RFA in an early October interview.

Vietnam’s constitution nominally grants all people freedom of belief and religion, though the current law allows for significant government control over religious practices and contains vague provisions permitting restrictions on religious freedom in the interest of national security and social unity, according to USCIRF.

The Law on Belief and Religion nominally requires the government to protect religious freedom and, for the first time, gives Vietnamese religious groups a right to legal personhood.

Delegates of the U.S. commission, including Bhargava, met with various stakeholders, including representatives of the independent Interfaith Council of Vietnam, which called for increased U.S. monitoring of religious rights violations in Vietnam.

In its annual report issued in April 2019, USCIRF called for Vietnam to be placed on a State Department blacklist of the world’s worst abusers of religious freedoms, noting that the country’s removal from the list 13 years ago has not eased violations under one-party communist rule.

“For some groups and some religious communities, the law has been working well,” Barghava said.

“For others, it has not worked as well,” she said. “They’ve had obstacles to being able to register and to engage in the kind of activities that they are seeking to be able to continue to engage in.”

Barghava did not specifically mention the unsanctioned Hoa Hao Buddhist sect or other religions groups by name during the interview. 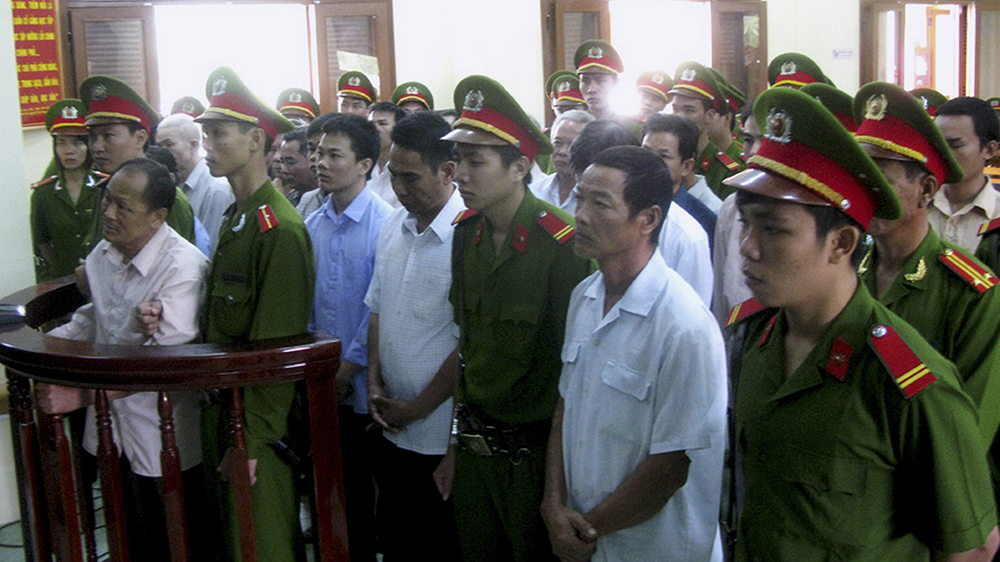 In a related development, incarcerated religious prisoner of conscience Doan Dinh Nam died Monday due to kidney failure after he had received dialysis treatment at Vung Tau Hospital in Ba Ria-Vung Tau province in southern Vietnam, the wives of some of his imprisoned colleagues said.

Nam was a member of the religious environmental organization Councils for the Laws and the Public Affairs of Bia Son, a group based in south-central Vietnam’s Phu Yen province, which organized conferences and printed leaflets to disseminate its beliefs.

Members of the group, named for a mountain in the province, were not involved in politics and had worked only to “protect the environment in the daytime and practice religion at night,” Vo Thi Than Thuy, wife of former Bia Son leader Phan Van Thu, told RFA in a December 2015 report.

In 2012, Vietnamese authorities arrested 22 members of the group, many of them elderly and ill, and sentenced them during a five-day trial in January 2013.

Nam was given 16 years in prison on charges of working to overthrow the government under Article 79 of Vietnam’s former Penal Code.

Because he suffered from severe kidney failure, Nam’s family begged authorities to postpone his sentence so he could return home for medical treatment under their care, but the authorities refused.

“I heard that the family asked to take him home to buried, but the authorities refused, so he will be cremated,” Nguyen Thi Ngoc, mother of Nguyen Thai Binh, who is also serving a prison sentence for his involvement in the Bia Son group.

“After that, the family was allowed to take his ashes home,” she said, adding that Vo Thi Thanh Thuy and the spouse of imprisoned group member Tran Quan went to the detention center to try to get more information, but that they hadn’t yet returned.

Thuy told RFA earlier that prison guards had taken Nam to Vung Tau Hospital where he was monitored by police.

RFA was unable to reach members of Nam’s family for comment.

Bui Ngoc Dien, Phan’s daughter-in-law, said that Nam’s family had received the man’s ashes and planned to bury them.

She also said that Nam’s family was under threat from security forces so they could not speak to reporters.

Nguyen Thuy Hanh, who runs the 50K Foundation, a charity fund that helps prisoners of conscience in Vietnam, said on his Facebook page on Oct. 5 that Nam’s physical condition recently worsened.

Nam’s family again pleaded with prison officials to let him receive dialysis at the expense of the family, but they continued to refuse, Hanh said.

He confirmed that authorities would not release Nam’s body to his family and instead had it cremated.

Vietnamese man and woman "prisoners of conscience" should all try to get pregnant repeatedly, instead of faking sick - to avoid serving sentences as Vietnam laws allow for nursing new-born outside of prison up to 18 months! Having 7 children would nullify 10-year sentence and 21 children in 30 years would be like laughing at Vietnam's authoritarian government / dictatorship with easy laws while freely fighting them all your life....