Vietnam throws out appeals by two activists sentenced for spreading propaganda against the state.
2012-05-30
Tweet 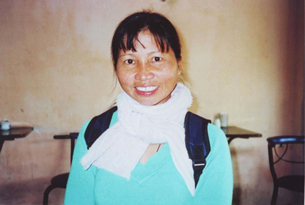 A Vietnamese court on Wednesday dismissed the appeals of two activists against jail terms imposed on them for spreading “anti-government propaganda,” despite calls for their unconditional release by international rights groups.

Female blogger Ho Thi Bich Khuong, 44, was sentenced to five years in prison and three years of house arrest while Pastor Nguyen Trung Ton, 40, was given two years in jail and two more under house arrest. Both their sentences were meted out last December.

The two had been arrested on November 15 for violating article 88 of Vietnam’s penal code, which forbids “conducting propaganda against the Socialist Republic of Vietnam,” state media said at the time.

Khuong was also accused of slandering the Vietnamese government in interviews with foreign radio stations and of belonging to rights groups with “reactionary” people.

Agence France Presse quoted an official at the court in central Nghe An province who confirmed the rejection of the appeals after a half-day hearing.

"The prison sentences of Ho Thi Bich Khuong and Nguyen Trung Ton were upheld on appeal this morning," the official said on condition of anonymity.

Media controls remain restricted in Vietnam, which New York-based Human Rights Watch (HRW) has accused of mounting a sophisticated and sustained attack on online dissent, including by detaining and intimidating anti-government bloggers.

In a statement released ahead of the appeal hearing, HRW called on the Vietnamese government to free Khuong, who says she was beaten and tortured in jail.

“For the third time in seven years, Ho Thi Bich Khuong is in prison for exercising the right to voice her views,” said Phil Robertson, deputy Asia director at HRW.

“The systematic application of article 88 to arbitrarily punish bloggers and critics shows that Vietnam’s disrespect for freedom of expression continues unabated.”

Khuong was previously jailed for two years in 2008 after being convicted of “abusing democratic freedoms to infringe upon the interests of the state.” She was also imprisoned for six months in 2005 for “disrupting public order” under article 245 after filing complaints to the central government against the confiscation of her shops by local authorities.

Robertson also called on the Vietnamese government to investigate allegations by Khuong of most recently being beaten several times by another prisoner while guards looked away and by investigation police during pre-trial detention for one of her earlier jail terms.

“The government should conduct a thorough and transparent investigation of Ho Thi Bich Khuong’s serious allegations and hold to account any officials responsible for beating her or tolerating abuse by other prisoners.”

Viet Tan, an opposition group banned in Vietnam that monitors human rights in the country, slammed Hanoi's use of ambiguous laws to dole out heavy jail sentences to anyone deemed critical of the state.

"Every time a blogger or human rights defender is punished under arbitrary statutes like Article 88, the Hanoi regime only demonstrates how paranoid and backward it really is."

France-based Reporters Without Borders, which lists Vietnam as an “Enemy of the Internet,” says at least three journalists and 17 bloggers are currently in jail in the one-party state.