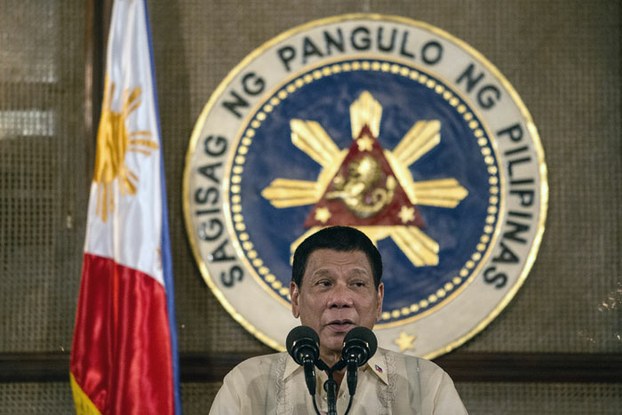 As many as six Vietnamese sailors were abducted and another was shot on Friday after armed members of the militant Abu Sayyaf group boarded a freighter in Philippine waters near their Basilan island stronghold, according to news reports.

The bulk freighter MV Royal 16 was bound for Davao City in another part of the province of Mindanao, but it was intercepted when passing through a strait off Basilan island when 10 armed men came aboard and took hostages, Reuters reported.

"One of the crew was shot and was evacuated to a local hospital," said Philipine Coastguard Commander Jerome Cayabyab, according to Reuters.

He said the fate of the captives is uncertain after they were transferred to smaller, faster boats. It was the second kidnapping incident in the area in a week.

The Abu Sayyaf, a militant group that swears allegiance to Islamic State, on Monday claimed to have kidnapped a German national, according to news reports. The military said a woman found dead in an abandoned yacht off an island near Basilan was believed to be his female companion.

A local cargo ship, MV Lorcon Iloilo, passing near Basilan rescued a wounded sailor from the MV Royal 16 who apparently managed to escape and gave him first aid, The Manilla Times reported.

A report by AFP said that two crew members, one of whom was wounded, escaped and were rescued by a local cargo ship in the area. That report said at least five sailors were abducted.

Identities of the hostages and the ship’s cargo were not immediately known, but Vietnamese state media reported that the hostages are the captain, his three assistants, the crew chief and one sailor.

In a dispatch released on Friday, the Vietnam Marine Administration said the gunmen had released the ship and the remaining 13 sailors, Tuoi Tre News reported.

Gov. Mujiv Hataman of Autonomous Region in Muslim Mindanao (ARMM) said they are waiting for details surrounding the attack, according to The Manilla Times article.

In recent months, the Abu Sayyaf has been accused of kidnapping dozens of Indonesian and Malaysian sailors in waters off the southern Philippines.

The Abu Sayyaf is a loose network of militants formed in the 1990s with seed money from Osama bin Laden's Al-Qaeda network, and has earned millions of dollars from kidnappings-for-ransom.

But the militants have defied more than a decade of US-backed similar offensives, surviving in their mountainous and jungle-clad southern island strongholds where they have support from local Muslim communities.

The Philippines has agreed to allow Malaysian and Indonesian maritime forces to pursue kidnappers into its waters to contain the threat, Malaysian Prime Minister Najib Razak said on Thursday, according to the AFP.