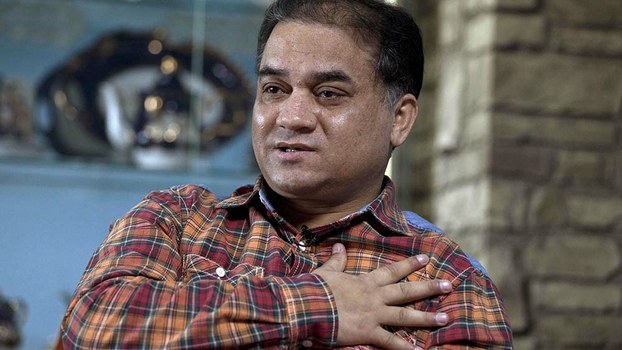 Ilham Tohti speaks during an interview at his home in Beijing, in a file photo.

The European Parliament has shortlisted jailed Uyghur scholar Ilham Tohti for the 2019 Sakharov Prize for Freedom of Thought, for "exceptional individuals and organisations defending human rights and fundamental freedoms."

Tohti, a former professor at the Central University for Nationalities in Beijing, was sentenced to life in prison following his conviction on a charge of “separatism” by the Urumqi Intermediate People's Court in northwest China’s Xinjiang Uyghur Autonomous Region (XUAR) on Sept. 23, 2014.

The European Parliament said Tuesday it had shortlisted Tohti, 49, for the Sakharov Prize following a joint vote by lawmakers in the Foreign Affairs and Development committees. He was nominated last month for his more than two decades of work to foster dialogue and understanding between Uyghurs and Han Chinese.

Tohti is joined by murdered Brazilian political activist and human rights defender Marielle Franco, Native Brazilian leader and environmentalist Chief Raoni, and Brazilian environmentalist and human rights defender Claudelice Silva dos Santos as finalists for the prize, along with The Restorers—a group of five students from Kenya who developed an app to help girls deal with female genital mutilation.

After nominating Tohti in September, the progressive Renew Europe political group of the European Parliament noted that he had advocated for the implementation of regional autonomy laws in China, encouraged greater awareness of the situation and treatment of the Uyghur community and fought against its exclusion from Chinese society.

Renew Europe Group president Dacian Ciolos, an MP from Romania, said at the time that the nomination sent “a strong message of support for his fight for human rights and freedoms of the Uyghur population,” who are targeted under Beijing’s repressive policies in the XUAR.

Speaking to RFA on Tuesday, Tohti’s daughter, Jewher Ilham, expressed appreciation to the European Parliament for its decision to shortlist her father, as well as to his supporters “for their endless efforts to make this happen.”

Tuesday’s announcement comes one week after the Parliamentary Assembly of the Council of Europe (PACE) awarded Tohti the 2019 Vaclav Havel Human Rights Prize, named after the Czech playwright and politician who opposed Soviet communism, making him the first dissident from China to receive the prize.

Tohti was jointly awarded the prize, which honors outstanding civil society action in defense of human rights, along with the Youth Initiative for Human Rights (YIHR)—a group that brings together youths from across the Balkans to promote reconciliation—at ceremony in Strasbourg, France on the opening day of PACE’s autumn plenary session.

In addition to the Vaclav Havel prize, Tohti was awarded the PEN/Barbara Goldsmith Freedom to Write Award in 2014, the Martin Ennals Award in 2016, the Liberal International Prize for Freedom in 2017, and Freedom House’s Freedom Award in 2019. The jailed professor is also a nominee for the 2019 Nobel Peace Prize.

The European Parliament’s Conference of Presidents will select the final laureate for the Sakharov Prize on Oct. 24 and present the award at a ceremony in Strasbourg on Dec. 18.