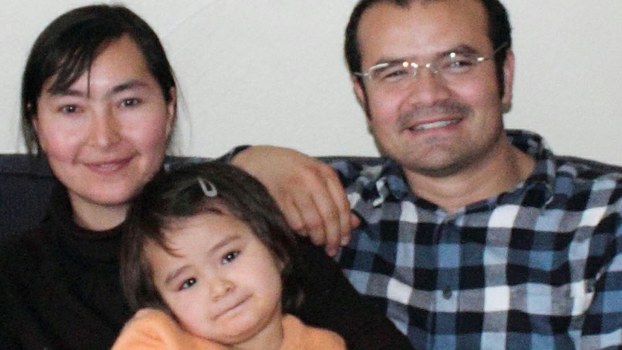 Abduweli Ayup (R) with his wife and daughter while studying in the U.S., in a file photo.

Photo courtesy of a family member

The detained brother of prominent Uyghur scholar and linguist-in-exile Abduweli Ayup has been held at an internment camp near the Kashgar (in Chinese, Kashi) Airport in northwest China’s Xinjiang Uyghur Autonomous Region (XUAR) for “nearly three years,” official sources have confirmed.

Erkin Ayup, a graduate of Xinjiang University in the XUAR capital Urumqi, was detained shortly after being promoted as head of oversight for the Organization Department of the Committee of the Communist Party of China for his hometown of Toquzaq in Kashgar’s Kona Sheher (Shufu) county in 2017, but his whereabouts had since been unknown.

He had worked as a mid-level party cadre in Toquzaq for several years after his graduation in 1987 and was appointed deputy party secretary of Tashmiliq village in the township prior to his promotion to the Supervision Department.

While investigating Erkin Ayup’s disappearance, RFA’s Uyghur Service recently spoke with a staff member from Ayup’s office in Toquzaq who said “there is no one here by that name” and refused to answer any further questions.

However, a second staffer said that Ayup was among “five people” from the Toquzaq Party Committee office who had been sent to internment camps, where authorities in the XUAR are believed to have held 1.8 million Uyghurs and other Muslim minorities accused of harboring “strong religious views” and “politically incorrect” ideas since April 2017.

“Of course he is,” the staffer said when asked whether Ayup was one of the five sent to the camps, although he said that he did not know why he was detained, when he was taken, or which camp he was placed in.

“I’m not sure, because I wasn’t involved in any of their cases,” he said, noting that two of the others who were detained included “Abdurahman and Nuermaimaiti,” before referring further questions to his superiors.

RFA also contacted a third staff member from the office who said he had accompanied police to the homes of colleagues who were taken to internment camps and attended their interrogation sessions.

Speaking on condition of anonymity due to the sensitivity of the information he provided, the staffer said he remembered Erkin Ayup as among “five or six” colleagues detained from the Toquzaq Party Committee office of some 200 employees, around half of whom are Uyghurs.

Two others in the group included “Kaiser Qeyum” and “Muhter Mamut,” he said.

“It has been [almost] three years [since Ayup was detained],” the staffer said.

“[His camp] is outside [Kashgar] city, in an area we call Dongcun to the east. It is near the Kashgar Airport … Once you come out of the airport, there is an old management station, and the [camp] is near there.”

When asked what those placed in the camps had done to warrant their detention, the staffer said he could not remember, and that his Chinese language ability was too poor to take notes during the interrogations he had attended. 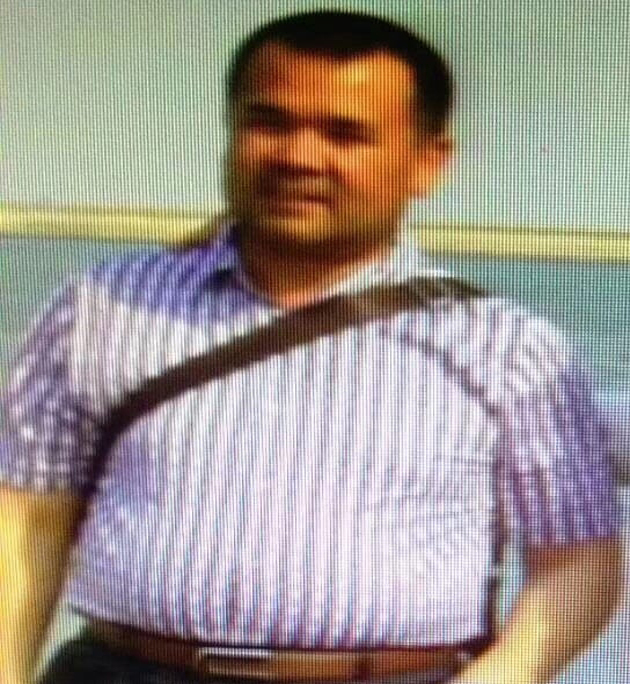 Ayup’s detention demonstrates how not even long-time civil servants are safe amid a campaign of mass incarceration of Uyghurs and other Muslim minorities in the XUAR, where authorities regularly brand as “two-faced” cadres who they say pay lip service to Communist Party rule in the region, but secretly chafe against state repression of members of their ethnic group.

But it is seen as part of a bid by China’s government to exert leverage over his brother, Abduweli Ayup, who has sought to protect the Uyghur language through grassroots initiatives in response to policies of cultural assimilation in the XUAR, and who relocated to Norway after fleeing the region in August 2015.

Abduweli Ayup, who had sought to set up “mother tongue-based” schools to promote the Uyghur language, was ordered jailed 18 months for “illegal fundraising” in August 2014 by the Tengritagh (in Chinese, Tianshan) district court in the XUAR capital Urumqi after being detained for a year, but was released three months later when his partners appealed their cases.

Uyghurs in exile say that the charges against Ayup and his partners were politically motivated, after the U.S.-educated linguist’s essays and lectures on maintaining the Uyghur language in schools drew widespread support in China’s Uyghur community.

China regularly sends the family members of Uyghurs in exile to internment camps or forces them to contact their loved ones abroad as part of a bid to silence their criticism over Beijing’s policies in the XUAR and pressure them to return home.

Human rights and press freedom watchdog groups have condemned China’s detention of close relatives of several U.S.-based reporters for RFA’s Uyghur Service in apparent retaliation for their coverage of the region.

Last year, the Committee to Protect Journalists called China’s punishing of the family members “a cruel, if not barbaric, tactic” and demanded that Beijing set them free.