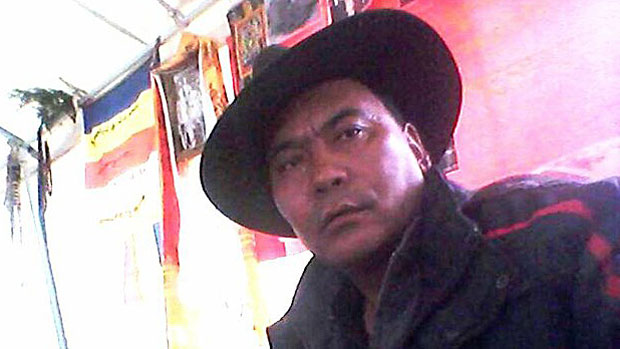 A Tibetan blogger and journalist is in rapidly failing health in a Qinghai hospital following his release in December from prison, where he was serving a three-year sentence imposed during a secret trial in which he was denied an attorney, Tibetan sources said.

“He has been admitted to the hospital again, and he is in terrible physical pain. He is also worried about his livelihood, as the Chinese government has imposed many political restrictions on him. His parents and relatives are also under tight scrutiny these days,” he said.

“They are forced to ‘confess’ to the charges made against them, and prison officials frequently resort to torture, which has left many Tibetan prisoners disabled, with some even permanently losing their memories.”

Tsegon Gyal had most likely been charged because of a blog post he had published criticizing China for implementing a restrictive policy of “ethnic unity” in the Tibetan areas under its control, TCHRD said on Feb. 18, 2018.

First detained on Dec. 9, 2016, Gyal was held for eight months in Kangtsa county and then tried in secret on May 3, 2017. He was sentenced on Jan. 10, 2018 by the People’s Intermediate Court in Tsojang and was taken to a prison in Qinghai’s capital Xining to serve his sentence, sources told RFA in an earlier report.

Gyal’s family was not informed of his trial, at which he was denied the assistance of an attorney, and no explanation was given for the long period of time that passed between the trial and his sentencing, sources said.

Formerly a freelance journalist for newspapers and other media outlets in Qinghai, Gyal also founded a performing musical group for Kangtsa county residents with disabilities which he was later required to hand over to Chinese authorities for management.

China has jailed scores of Tibetan writers, artists, singers, and educators for asserting Tibetan national and cultural identity and civil rights since widespread protests swept the region in 2008.