Tibetan Exiles Continue Experiment in Democracy as New Elections Near 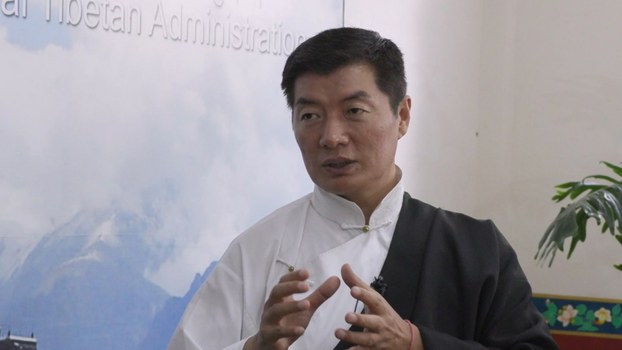 Tibetans living outside of their China-ruled homeland are now preparing for a new round of elections, the third since 2011, to seat a new political leader, or Sikyong, for their India-based government-in-exile as the current officeholder’s five-year term in office nears its end.

Lobsang Sangay, a Harvard-trained scholar of law, has now served two consecutive terms as Sikyong and will retire as president of the Central Tibetan Administration (CTA) when his present terms ends in May 2021.

No one has yet declared their candidacy to replace him in the post, though possible contenders include Gyari Dolma, former deputy speaker of Tibet's exile parliament and former home minister in Sangay's cabinet; Drongchung Ngodup, former CTA minister of security; Lobsang Nyandak, former finance minister in the government of Sangay's predecessor Samdhong Rinpoche; and Acharya Yeshi Phuntsok, current deputy speaker of the exile parliament.

Some in the Tibetan exile community have meanwhile voiced concern over the possible impact of Covid-19 related restrictions on public gatherings on voting held in the many countries in Europe, North America, India, and elsewhere in Asia where Tibetans have made their home after fleeing China’s rule.

“We are hoping and planning that the Tibetan diaspora around the world can proceed for the general election vote to take place on time,” Tibetan exile Chief Election Commissioner Wangdue Tsering Pesur told RFA’s Tibetan Service in a July 20 interview.

“This will need to be done in compliance with the local situation and laws of the land” set up to block the spread of coronavirus, though, Pesur added.

Voting will be held first in preliminary and primary polls, with a previous gap of 90 days between these rounds now reduced to 45 days, and two candidates for a final election for Sikyong selected based on results from the preliminary round, sources say.

In the event of only one candidate for Sikyong emerging in the contest because of other candidates withdrawing in the early rounds, he or she must still gain at least 51 percent of the votes that are cast in order to be declared elected, however.

Efforts have now been made to reduce the impact of partisanship based on Tibetan regional loyalties or religious affiliation, with Tibetan NGOs including regional associations and religious sects now barred from endorsing candidates.

“Voters and their candidates and the candidates’ supporters should uphold a sense of Tibetan unity in their campaigning and vetting processes,” said Pema Jungney, speaker of Tibet’s India-based Parliament in Exile, adding, “This should be an integral part of the candidates’ campaigns.”

The Tibetan diaspora is estimated to include about 150,000 people in 40 countries.

Divisions meanwhile persist in the Tibetan exile community over how best to advance the rights and freedoms of Tibetans living in China, with some calling for a restoration of the independence lost when Chinese troops marched into Tibet in 1950.

The CTA and Tibet’s spiritual leader the Dalai Lama have instead adopted a policy approach called the Middle Way, which accepts Tibet’s present status as a part of China but urges greater cultural and religious freedoms, including strengthened language rights, for Tibetans living under Beijing’s rule.

Speaking to RFA, Gonpo Dhondup—president of the exile Tibetan Youth Congress, which advocates for Tibet’s independence—said that his own organization struggles for Tibet’s complete independence “based on our moral rights and duties as an NGO functioning under a democratic administration.”

“This official policy of CTA may change if a majority of Tibetans want it to do so,” Dhondup said.

“Debates and discussions [around this issue] are constantly taking place in our exile community, as would happen in any other democratic country,” Dhondup said.

“There are some people who do challenge the Middle Way policy, and they are then attacked by certain other people for appearing to oppose His Holiness [the Dalai Lama], as if they lacked faith in His Holiness.”

“But I don’t think they lack faith in His Holiness. They just don’t trust the Chinese government,” Dhondup said.