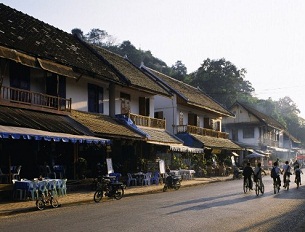 The city’s landfill, located about 8 km (5 miles)  outside downtown, is filling up, and every day about 50 tons of trash are disposed of in an open field, a member of Luang Prabang’s waste management staff told RFA.

The city in northern Laos, a U.N. World Heritage site known for its temples, has a population of about 50,000 in the town itself and welcomes hundreds of thousands of tourists per year.

To manage the waste, the city needs a new landfill but has to make do with the same one for now, the staff member said, speaking to RFA on condition of anonymity.

In the meantime, the waste management staff push the garbage further down into the pit, and sometimes dig out old garbage from the landfill to make space for fresh trash.

The neighboring village is suffering from bad smells from the huge amount of garbage, he said.

Residents are still waiting for a new recycling plant to be installed in order to reduce the amount of garbage, and now there is a designated section in the landfill for recycling waste including plastics, bottles, metal, and scrap, while other waste is dumped into the pit.