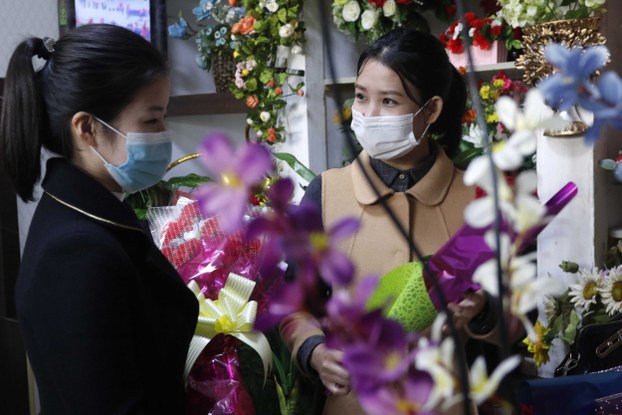 North Korea’s government marked Mother’s Day with gifts of cash and extra food to mothers with three or more children, a move aimed at raising birthrates, sources in the impoverished country told RFA.

North Korean leader Kim Jong Un established Mother’s Day in 2012, on Nov. 16, the anniversary the first National Meeting of Mothers in 1961 where his grandfather, the country’s founder Kim Il Sung, delivered a speech entitled “The Duty of Mothers in the Education of Children.”

The first ever rewards for child-bearing were offered at a time when the economy is  shambles from the double pinch of the coronavirus pandemic and international sanctions over Pyongyang’s nuclear and missile programs. Residents say that they are resentful of the government for pushing women to have more children when merely surviving is a daily struggle.

“For Mother’s Day this year, women in Unsan county, South Pyongan province with three or more children were given holiday supplies… 15 kilograms [33 pounds] of corn and 5,000 won [U.S. $0.62] in cash,” a resident of the northwestern province, who requested anonymity for security reasons, told RFA’s Korean Service Sunday.

“The authorities are making a lot of propaganda through the media, saying that women who give birth to many children are true party loyalists and heroines for raising children for the good of the country. They are saying that all women should do their best to follow the example of these women with multiple births to fulfill their roles as proud mothers of the homeland,” the source said.

The source said the gifts are causing resentment, among residents who believe it is wrong to encourage women to have more children when living conditions are so terrible.

“They say a lot about having children. Like, ‘the more children you have, the better.’ Eight, 10 children, it’s just… wow, what they are showing us on television,” the source said.

Another resident of the province, who requested anonymity to speak freely, told RFA Monday that devastating floods and typhoons this summer ruined crops to the point that some people were unable to give gifts to their own mothers.

“I’m not really well off in my neighborhood, but I made dduk for my mother last year,” the second source said, referring to sticky rice cakes, considered a luxury in a country where rice is scarce for poor people.

“I couldn’t even make a bowl of rice for my mother on Mother’s Day this year,” said the second source.

The second source said other residents are angry that only women with many children are given extra food while the authorities are trying to make all the other women have kids.

“Everyone is complaining that they are forcing women who can’t even eat properly to give birth as much as possible. It’s like killing these women twice,” the second source said.

“Since Mother’s Day morning, the authorities are passionately congratulating mothers who dutifully work so hard to the point of tears to raise their children. But most women are refusing to have more children, because giving birth at a time like this is suicide, and the most stupid thing to do.”

Sources told RFA that this year marks the first Mother’s Day that the government gave out fecundity rewards, but with no support from the central government, local governments in some regions were too cash-strapped to give anything to mothers.

According to a 2017 Daily NK report, citizens that year were forbidden from giving floral arrangements that contained ribbons with messages expressing love or gratitude to their own mothers on Mother’s Day.

A source in the report said it was because the government felt those messages diminished the status of the country’s founding father Kim Il Sung and his son and successor Kim Jong Il, as their portraits adorn the inside of every building, including flower shops.