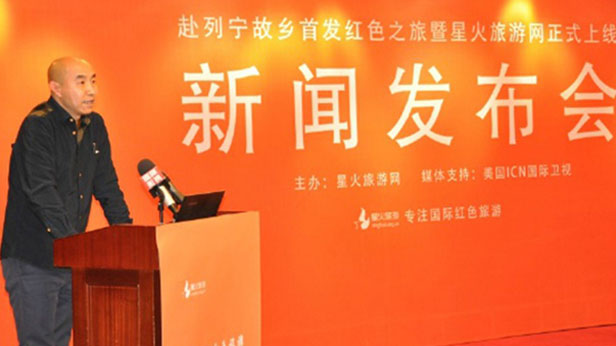 The ruling Chinese Communist Party has pulled the plug on a prominent Maoist website amid concerns it may boost extreme nationalist sentiment that could undermine Beijing's trade policy with the United States, analysts said on Monday.The leftist ideology website Utopia issued a statement on Saturday confirming that its WeChat account had been permanently deleted because the website had previously published multiple articles that "disclosed the capitalistic media’s suppression of left-wing voices."WeChat, China's hugely popular social media platform, said Utopia had "violated relevant laws and regulations."Utopia's main website was also unavailable at its usual address on Monday. The site's organizers have previously said they believe that permanent closure is only a matter of time.Commentators said the closures may have more to do with current diplomatic negotiations, however.The administration of President Xi Jinping has shut down a number of Maoist websites in recent years, including Utopia, but has generally allowed them to re-open after politically sensitive events, such as the trial of leftist icon and former Chongqing party chief Bo Xilai in 2013.Former Tsinghua University politics lecturer Wu Qiang said the closures could be a bid to suppress nationalist commentary following apparent concessions made by Beijing in trade negotiations with the U.S."The outcome of the negotiations ... has been a substantial compromise, and basically the acceptance of the U.S. position overall," Wu said."So China's internet authorities have cracked down in a preventative manner and banned this Maoist social media account, to stop them from attacking the negotiations as ... selling the country out by treaty, or betrayal," he said.Leftist criticism of international concessions made by the Chinese government focuses on the country's memory of unequal and humiliating treaties signed with colonial powers in the 19th century, including the 1842 Treaty of Nanking that ceded the island of Hong Kong to Britain "in perpetuity."Shoring up ties with the left

Hong Kong current affairs analyst Willy Lam said the kind of leftist, ultra-nationalist ideology espoused by sites like Utopia has a considerable following in China."It wouldn't be out of the question for leftist sites like Utopia to post articles attacking Xi Jinping as being incapable of protecting China's sovereignty, and as making huge concessions and caving in to U.S. imperialism," Lam said."This would be anathema to Xi Jinping."Lam said Xi also needs to preserve his relationship with the left wing of the party."Xi Jinping has partially restored Maoist thinking, and some of his own thinking has partially revived Mao Zedong's ideas," he said. "Some people even think that Utopia follows some of Xi Jinping's ideas, policies and viewpoints.""There has always been an extreme leftist current of thought, both within the party and outside it, and it looks as if it will be here for a long time to come," Lam said.Utopia's editor-in-chief Diao Weiming was among 36 people killed when a tour bus crashed in North Korea last month.Diao had also headed Utopia's travel arm, Spark Travel, which ran revolutionary tours to the the secretive Stalinist regime commemorating China's role in fighting the U.S. during the Korean War (1950-1953).Zhejiang-based rights activist Chen Zongyao told RFA at the time that China's state media had played down the accident, and hadn't named Diao, during its coverage."There has been very little information on this bus crash here in mainland China," Chen said. "There is almost nothing. Official media reports are just saying that 36 people died in a bus crash.""Previously, when there have been accidents [involving Chinese nationals] in foreign countries, they have been reported in great detail, but ... there have been no details about who these people were," he said.Reported by Gao Feng for RFA's Mandarin Service, and by Wen Yuqing for the Cantonese Service. Translated and edited by Luisetta Mudie.