Pressure Ahead of Nobel Event 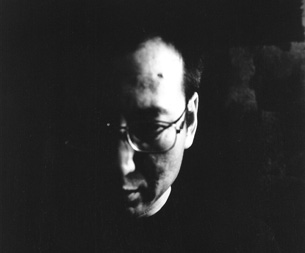 Photo of Liu Xiaobo taken by his wife shortly before he was jailed.
Liu Xia

Chinese authorities are keeping up the pressure on the family of jailed Nobel peace laureate Liu Xiaobo ahead of next month's award ceremony in Oslo, amid speculation over behind-the-scenes negotiations.

China's foreign ministry has declined to comment on recent media reports that officials had offered Liu medical parole and overseas exile in return for his release.

"I am not familiar with the situation you describe."

Meanwhile, Liu's Beijing-based lawyer Shang Baojun said Liu would be staunchly against an overseas exile deal typical of those offered to political prisoners in recent years by the ruling Communist Party.

"I have no way of confirming this," Shang said. "But we had previously agreed to turn down [such an offer]."

Shang also said he thought it unlikely that anyone would pick up the award on Liu's behalf in Oslo on Dec. 10.

"There is a tremendous amount of pressure on Liu Xiaobo's relatives at the moment," he said.

"It isn't very likely that they will be allowed to leave China."

"According to my understanding, it is very hard even for [Liu's wife] Liu Xia's side of the family to visit her."

Polish Nobel Peace Prize winner Lech Walesa offered on Monday to accept this year's award on Liu's behalf, but his offer was politely declined in Oslo, where the Nobel Committee will only agree to present it to the closest relatives of absent laureates.

The secretary of the Norwegian Nobel committee said last week that it was unlikely to hand out the peace prize this year to anyone.

The event will go ahead, but the organizers will probably not hand over the Nobel gold medal, diploma, or U.S. $1.6 million prize money.

Six countries have said they will not attend the event on 10 December after China urged diplomats in Oslo to boycott the ceremony.

International human rights groups have called on the United Nations to declare Liu's 2009 conviction for subversion to be in contravention of international law.

Lawyers working on Liu's behalf registered a petition with the U.N. Working Group on Arbitrary Detention on Nov. 4.

The prison term being served by Liu and the house arrest imposed on his wife, Liu Xia, "shocks the conscience," said Maran Turner, executive director of Freedom Now, the group providing the lawyers for the Nobel winner.

Liu was jailed for 11 years in December 2009 on subversion charges after co-authoring Charter 08, a petition calling for political reform. His wife has been put under house arrest in Beijing.

International PEN, the writers' group, is also stepping up activities for Liu. The German branch of the group awarded him its top prize.

Fifteen other Nobel Peace Prize winners sent a letter to U.N. Secretary General Ban Ki-moon and leaders of the Group of 20 economic powers to put pressure on China, a member of the group which recently held a summit.

But there was no mention of Liu's case at the G20 summit in Seoul this month.

Reported in Mandarin by Ding Xiao and in Cantonese by Hai Nan. Translated and written in English by Luisetta Mudie.