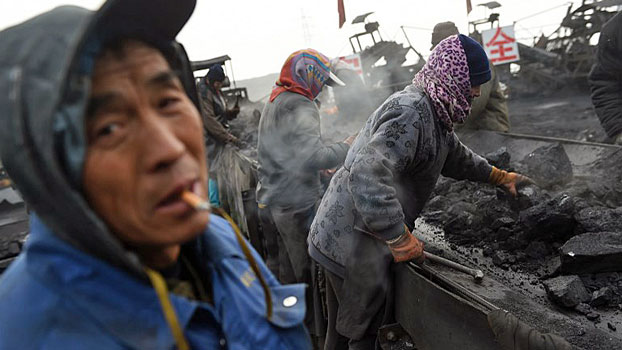 Workers sort coal on a conveyor belt near a coal mine in Datong, northern China's northern Shanxi province, Nov. 20, 2015.
AFP

Hundreds of coal-fired generators are expected to be sidelined or shuttered before the end of their useful lives if China's government follows through on plans to meet air quality and climate goals with wind, solar, hydroelectric and nuclear power.

In the latest study that may raise concerns about the consequences of coal power cutbacks, oil major BP said last month in its annual Energy Outlook report that the pace of growth in renewables, led by China, is unprecedented.

"Renewables will penetrate the energy system quicker than any other fuel ever," said BP's chief economist, Spencer Dale, as quoted by Reuters.

In its statistical communique for 2018, the NBS said that coal's share of total energy use fell to 59 percent, down 1.4 percentage points from 2017, although coal consumption rose 1 percent.

In coming decades, the shrinking share of coal in China's energy sourcing could be dramatic.

Under its main scenario, BP estimates that coal's share in the country's primary energy mix will plunge from 60 percent in 2017 to around 35 percent in 2040.

The finding is in line with studies that have been warning for years that China's coal-fired power sector is already burdened with serious overcapacity and underutilization, even as the country continues to develop more coal plants.

In 2016, Greenpeace East Asia said in a study that up to 1.4 trillion yuan (U.S. $207 billion) could be wasted on surplus capacity by 2020 because of failure to halt new coal-fired projects.

In an earlier study, Greenpeace blamed a wave of unnecessary coal power projects on the central government's decision in 2013 to transfer approval authority to China's provinces as a way to speed development by cutting red tape.

As China's economic growth slows, the demand for electricity seems bound to weaken, magnifying the problem of excess coal plants. The shift from heavy industry to the less energy-intensive service sector may curb the role of coal even more.

But a study in September by the environmental research group CoalSwarm found that unneeded coal-fired generating projects with 259 GW of capacity remain under development despite central government efforts to stop them.

Provincial authorities have taken advantage of exceptions and loopholes in government restrictions to pursue the projects. The study cited satellite photos as evidence that some projects were continuing in apparent defiance of government policies.

The extra capacity, which is nearly equal to that of all U.S. coal-fired plants, would increase China's coal generation total by 25 percent, the study said.

The new plants would also equal 13.6 percent of China's current total of installed capacity, according to the NEA figures released in January.

Starting in 2016, China's top planning agency, the National Development and Reform Commission (NDRC), tried to head off the surplus projects. But the permitting restrictions left loopholes, like those for combined heat and power plants, which allowed many to go ahead.

Some industrial plants have also dodged restrictions by building coal-fired generators for their own electricity needs. The "captive" generators were unregulated until 2015, and many received clearance after operating illegally, CoalSwarm said.

The study, published at endcoal.org, said that the 259 GW of continuing coal projects are "wildly out of line" with commitments to control greenhouse gas emissions under the Paris climate accord. Cancelling the projects would save U.S. $210 billion (1.4 trillion yuan) in capital spending, the study said.

China's rate of growth for renewables and the declining coal share by 2040 are critical to the losses that can be expected from investment in the new plants, which could otherwise operate for 40 years or more.

Declining demand, environmental enforcement and the rise of renewables will leave the surplus coal-fired generators without a way to recoup their investments, turning them into "stranded assets" that will have to be written off. 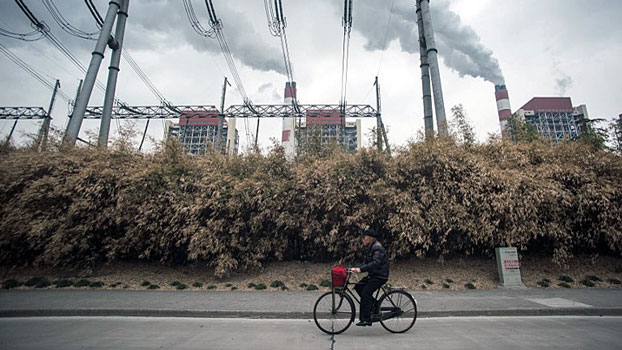 ‘Scale of the challenge is significant’

Philip Andrews-Speed, a China energy expert at the National University of Singapore, said the costs from early retirements of coal-fired generators will be "significant."

Andrews-Speed pointed to a 2017 paper by the University of Oxford Smith School of Enterprise and the Environment, which cites staggering sums.

The paper warns that impacts of obsolescence will not be confined to the excess generation units.

While the total impact has not been estimated, the paper noted that 14 percent of China's gross domestic product in 2013 came from 80 coal-based resource cities. It concluded that the "potential scale of the challenge is significant."

It may well be profound.

Considering the coal power plants alone, the Oxford paper estimated the value of assets that would be stranded by shutdowns over five-year to 20-year periods, starting from a baseline in 2016.

The results were separated into categories for plants already operating and those either planned or under construction.

Higher costs were estimated for closing all coal-fired plants, including those already operating. If the shutdowns took place in five years, the cost of stranded assets would reach 7.2 trillion yuan (U.S. $1 trillion). If the closures were delayed for 20 years, the losses would still total 3 trillion yuan (U.S. $456 billion), the analysis said.

In the five-year time frame, the losses would fall most heavily on the provinces and regions of Inner Mongolia, Shaanxi, Xinjiang, Shanxi, Guizhou and Jiangsu. But the costs would be major for the entire economy, ranging from 4.1 percent to 9.5 percent of China's GDP in 2015, the paper said.

The estimates give a glimpse of the costs that will have to be paid for continuing to build coal-fired power plants in an industry that already suffers from overcapacity.

But it also raises the question of who will pay when the time of reckoning eventually comes.

Investors in the projects at the provincial level would appear to have a primary risk and responsibility.

But Andrews-Speed said that governments in some form will probably get stuck with the bills.

"Who will pay? The state in its various guises as shareholder at the central or local government levels, as banker and social security provider for the unemployed," he said.

I think bean counters have lost sight of what is important to governments. Businesses like money, it is their entire raison d'etre.

But for governments it is PEOPLE who matter, more than the money. Our businessmen do not understand this.