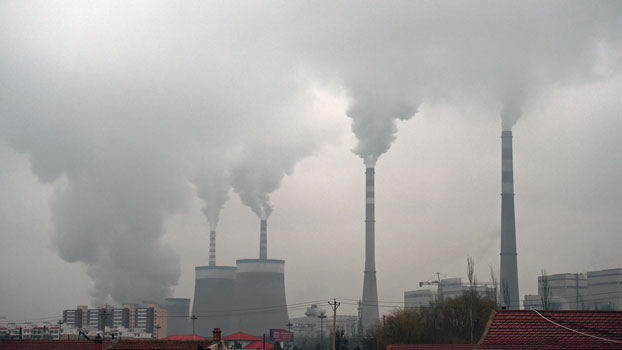 Smoke belches from a coal-fired power station near Datong in northern China's Shanxi province in a file photo.
AFP

China has sent conflicting signals on environmental and economic policies with increases in coal production, rising imports and plans for new mines.

On Aug. 6, a Reuters report raised concerns that China may be planning a push for more coal output, based on an examination of documents from the National Energy Administration (NEA).

The news agency found a surge in NEA approvals for new mines in coal producing regions, including Inner Mongolia and Xinjiang, as well as Shanxi and Shaanxi provinces.

"Long-term cuts in coal consumption are a key part of China's energy, environment, and climate goals, but the fivefold increase in new mine approvals in the first half of 2019 suggests China's targets still provide ample room for shorter-term growth," the report said.

The new production capacity approvals in the first half totaled 141 million metric tons, compared with 25 million tons in all of 2018. The clearances come despite a cut in coal's share of China's total energy mix to 59 percent last year from 60.4 percent in 2017.

While the share has been shrinking, coal consumption keeps growing along with total energy use, prompting climate concerns.

China's coal use rose 0.9 percent in 2018, marking the third annual increase in a row, according to the “BP Statistical Review of World Energy” report. China's coal consumption accounted for 50.5 percent of the world's total last year.

Consumption will rise again in 2019 to 3.89 billion tons from 3.87 billion tons in 2018, the China National Coal Association (CNCA) said in a February forecast.

But Myllyvirta called the signs "alarming" that China plans to keep producing large volumes of coal for "the coming decade or two," suggesting conflict with its climate change commitments.

"Especially given that oil and gas consumption is still increasing, it's imperative that coal use starts falling again after rebounding for the past three years," he said.

The NEA said in March that total capacity rose by 194 million tons to 3.53 billion tons last year, according to an earlier Reuters report.

Philip Andrews-Speed, a China energy expert at National University of Singapore, said the plan for 114 million tons of additional mine capacity appeared to be "tiny," given that annual consumption has been running at about 3.8 billion tons for the last few years.

Andrews-Speed said it was impossible to comment on the impact of the new approvals without knowing the remaining reserves in China's existing mines.

"That aside, coal is certain to remain an important, if declining, component of China's energy mix for decades to come," he said.

Last week, the research arm of state-owned China National Petroleum Corp. (CNPC) estimated that the country's coal demand would not peak until 2025.

The forecast by the CNPC Economics and Technology Research Institute calls for coal consumption to fall by 18 percent from 2018 to 2035, Reuters reported.

Other considerations may also play a part in China's decision to develop new mines.

China has pursued a fuel-switching campaign to replace coal with natural gas and electricity for heating to reduce smog in northern cities since 2017. But in the process, it has become increasingly vulnerable to import dependence for both oil and gas as energy security risks rise in the Persian Gulf.

Coal remains China's primary domestic energy resource, as well as a potential source of jobs at a time of economic pressure from its trade conflict with the United States.

An increase in mining projects could serve as a stimulus, although a further slowdown in economic growth is bound to weaken energy demand.

One possible reading is that the government may be reluctant to subject businesses and consumers to the uncertain costs of cleaner energy sources and energy sector reforms until the trade crisis is resolved, opting to push its initiatives back by a few years.

It is unclear whether economic and energy security concerns have played a part in coal supply patterns so far in 2019.

A Bloomberg News commentary on July 24 cited "something strange happening" with coal supplies and inventories at power plants in the previous weeks.

Seasonal demand for air conditioning was expected to draw down stockpiles at coal-fired power plants, but stocks rose to record levels at China's six biggest generators, according to Bloomberg. Big increases in hydropower output were cited as a possible cause of the coal buildup. 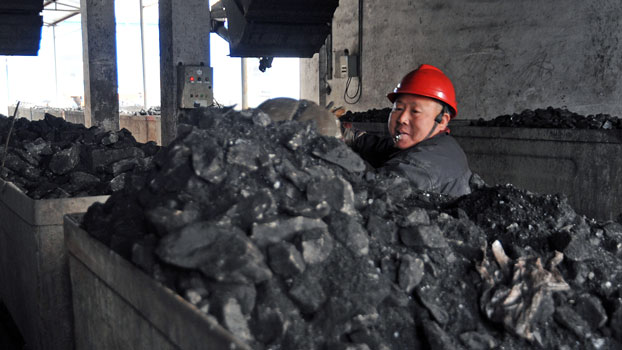 One explanation is that coal stockpiles were only out of synch with electricity demand, which rose subsequently with heat waves in some regions, leading to warnings of power shortages.

But despite high demand in some areas, power consumption across the country in July edged up only 2.7 percent from a year before, the NEA said. Power use for the seven-month period climbed 4.6 percent.

Another explanation is that coal mines boosted output to new highs despite the combination of weak power demand, sagging prices and strong hydropower supplies, which posted year-on-year increases as high as 22 percent in March.

The patterns may suggest that China has been bracing for the effects of the trade war and Persian Gulf uncertainties by making sure that energy markets stay stable and coal supplies remain high.

Despite the increase in domestic production, China's coal imports also rose 5.8 percent to nearly 154.5 million tons in the first half of the year, according to General Administration of Customs (GAC) data. July imports of 32.9 million tons remained high, climbing 13.4 percent from a year before, the GAC said.

China has also been tanking up on gas supplies with a 9.7-percent increase in seven-month domestic production and a 10.8-percent rise in imports through July.

Oil imports are up 9.5 percent from a year earlier while domestic production eked out a one-percent gain in the first seven months of the year.

The government is expected to clamp down on coal imports in the second half as economic weakness drags down demand, Bloomberg reported in July citing CNCA executive director-general Su Chuanrong.

"Demand isn't booming as it's supposed to," said Su.

Red China will suffocate the whole world. Let's ban goods made in this commie land. Let us not give a hand to a country that doesn't respect human right or human beings.