No Cheers as China Poised to Become World's Largest Economy 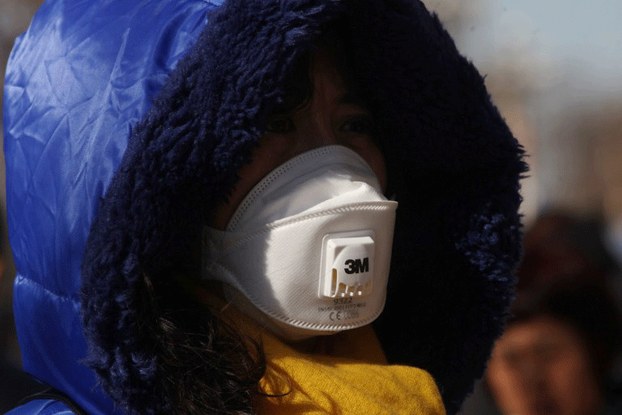 A woman wears a mask in downtown Beijing, March 4, 2014 amid pollution smog.

China will displace the United States as the world's largest economy this year, according to an authoritative World Bank study, but the leaders in Beijing are not uncorking the champagne yet.

In fact, the Chinese government has refused to endorse the report released last week signaling that China will overtake the United States in terms of purchasing power five years ahead of earlier predictions.

Strangely, the Chinese state media steered clear of the news until four days after the April 30 release of the report when it began carrying commentaries downplaying the feat.

The report by the International Comparison Program of the World Bank put China's gross domestic product (GDP) — or value of all final goods and services produced within the nation — at 87 percent the size of the American economy at the end of 2011.

Based on the cumulative growth rates going forward, it was projected that the Asian giant's purchasing power parity (PPP) will eclipse that of the United States later this year.

One may assume that overtaking the United States, which has been the biggest global economy for more than a century, would give Chinese leaders cause to celebrate.

No. Breaking out the bubbly is the last thing on their minds as the world's most populous nation has still a long way to go in matching U.S. living standards and innovation, experts say.

The Chinese economy still lags behind at 99th position on GDP per capita income—which determines the effective consumption power of individuals—compared with the U.S, which is at the 12th spot.

The Chinese leaders know that flaunting the country's new status will result in greater pressure on Beijing to meet international and domestic expectations, said Nicholas Lardy, an expert on the Chinese economy at the Washington-based Peterson Institute for International Economics.

On the international front, expectations on what China should do in terms of its contribution to global economic stability will go up, and "I think the leadership is worried that saying that they are number one without taking into account that they have 1.3 billion people creates expectations that they cannot fulfill," Lardy told RFA.

Domestically, if the idea becomes widely known that China is the world's largest economy, there will be a clamor among the people for better health care and education, pollution control, a stronger pension system, and other benefits even though the government's tax revenue to provide services, for example, remains unchanged, he said.

"So, I think if you are [President] Xi Jinping or [Premier] Li Keqiang, you don't want domestic expectations to run ahead of your ability to deliver," Lardy said.

Some believe China's new status will require the country to begin contributing more to development aid and pay more dues at the United Nations. At present, Beijing pays only five percent of the U.N. budget, making it the sixth-largest contributor.

"Most concerning, China's newfound superpower status could undermine its negotiating position in climate talks—Beijing will find less justification in insisting that, as a developing country, it should not bear substantial financial burden in reducing greenhouse gas emissions," said Minxin Pei, a China expert at the German Marshal Fund of the United States, in a published report.

On the geopolitical front, he said, the risks of being at the top of the economic heap are considerable.

"The U.S. and its allies, driven by fears of Chinese power, might balance against China," Pei said. "Because the Chinese economy is less than half that of the West— including Japan—China is no match against a potential anti-China bloc."

China’s decades-long economic boom has led to a plethora of problems, mainly pollution.

Preoccupied by such issues, it is unsurprising that the country's leaders have shrugged off the new ranking as just another announcement.

"After all, just the choking smog that routinely blankets a third of the landmass of China is powerful enough to remind ourselves that China is still way behind in terms of the quality of daily life," Zha Daojiong, a professor of international political economy at Peking University, said in a report in ChinaFile, an online magazine about China published by the New York-based Asia Society’s Center on U.S.-China Relations.

Some economists feel using PPP is not necessarily the best way to gauge the country's growth.

Based on another comparison, which looks at GDP in U.S. dollars at market exchange rates, China is well behind the U.S.

"The International Comparison Program has gone off the rails," said Derek Scissors, a scholar at the Washington-based American Enterprise Institute.

"It doesn’t make sense to compare two countries’ PPP-adjusted GDP and say one is larger. Not for any countries at any time," he said in ChinaFile, where economists debated China's place in the global GDP rankings following the World Bank report.

Scissors said that the right measure of economic size is national wealth.

China's private wealth is still about U.S. $35 trillion behind the United States, he said, adding that the gap between the two powers has not closed in the past three years, as the U.S. emerged from the crisis and Chinese firms borrowed heavily. "Plainly, China won’t catch up soon. It may not catch up at all," he said.

But others say it shouldn't come as a surprise that China would soon overtake the U.S. in sheer economic size.

"But basically, all that this shift tells us is that China has way more people than the U.S.— 4.2 times as many, to be exact. So, as soon as China stopped being fantastically poorer (per capita) than the U.S., and became simply a lot poorer, its total economy surpassed that of the U.S."

Using PPP to value goods and services can be misleading when comparing the real costs of, for example, the military power of two countries, some economists say.

"That's a function of the economy measured at market exchange rates because everything that goes into a modern military hardware—whether it's aircraft, ships or other sophisticated things—is already priced at international prices," said Lardy of Peterson Institute of International Economics.

"This is simply false. It is the biggest national economy by volume. But the center of technological change in the world is still the U.S., and arguably the United States’ centrality in this role is even more pronounced now than it was ten or fifteen years ago," he said.

"There is little evidence that China is anywhere close to becoming the engine-room of the global economy."

A women with the mask shows the true reality of China's natural environment at present. For the short live prosperity in China, autocrat regime of China paid the price with permanent damage on it's fragile environment. Would it be wise to breath in polluted air and drink polluted water just for a pocket full of Dollar?

Indeed this is nothing to celebrate. Deng and his successors merely loosened Mao's straitjacket on China's economy without loosening the political straitjacket on what is still a single-party Leninist autocracy in which the police, the army, the courts, and many if not most key sectors of the economy are all under the rigid grip of the Communist Party.