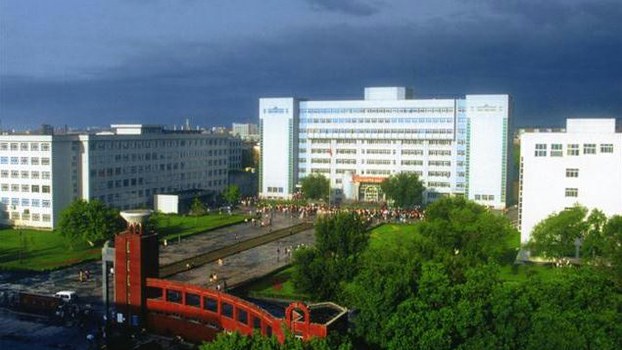 Xinjiang University in Urumqi, in an undated photo.

The ethnic Uyghur former vice president of one of the top universities in northwest China’s Xinjiang Uyghur Autonomous Region (XUAR) was removed from his post and detained in a political “re-education camp” earlier this year for exhibiting “two-faced” tendencies, according to a colleague.

Last week, RFA’s Uyghur Service learned that Azat Sultan and at least four other Uyghur professors from Xinjiang University in the XUAR capital Urumqi are being held in re-education camps, where authorities in the region began jailing and detaining Uyghurs accused of harboring “strong religious views” and “politically incorrect” ideas beginning in April 2017.

Qutluq Almas, a former lecturer at the school who is living in exile in the U.S., had recently confirmed that literature professors Azat Sultan, Abdukerim Rahman, Rahile Dawut, and Gheyretjan Osman were detained in January, while former language professor Arslan Abdulla was arrested later.

When asked why the professors were detained, a staffer at the university’s General Supervision Office, also known as the “Headquarters,” told RFA that the accusations against them “are all the same, but I don’t know the reasons for their arrests,” and was able to provide few other details about their cases.

While investigating the arrest of Sultan, RFA learned that the former professor had last worked as president of the Xinjiang Association of Literature and Art, and contacted a staffer with the group’s Political Department, who confirmed that he had been punished for being “two-faced”—a term applied by the government to Uyghur cadres who pay lip service to Communist Party rule in the XUAR, but secretly chafe against state policies repressing members of their ethnic group.

The Political Department staffer, who spoke to RFA on condition of anonymity, said that he had been working in various other regional departments over the past two years, but had returned to the Xinjiang Association of Literature and Art last month, and recently learned of Sultan’s detention.

“Since returning to this office, I have been attending various meetings, where I was told that he is two-faced,” the staffer said.

“His approach was against our party—his thoughts showed a separatist tendency. He took advantage of his lecturing position in an uncontaminated place like the university to preach his separatist ideas,” he said.

“Our [Communist] party and government spent many years investing in him and trusting him—placing him in an important position where he could shape the minds of tens of thousands of students—but he took a path against the party's ideology.”

While the staffer’s comments suggest that Sultan was targeted for “two-faced” tendencies he exhibited while at Xinjiang University, where he had risen through the ranks from dean of the Literature Department to vice president of the school, he declined to say whether the former professor’s punishment stemmed from misconduct there or at the association.

‘He loved his own people’

Almas recently told RFA he believed his former colleague “maintained the pure Uyghur spirit, despite being a senior official for the Chinese government, as he loved his own people,” and paid the price for refusing to put the Communist party above all else.

“Currently, when judging the ideology of cadres, the government looks at whether or not they are more loyal to their own ethnicity.”

Almas said Sultan had visited the U.S. in 2000 and he spoke to him by telephone at the time, although the two did not meet in person.

“At that time, he was newly appointed as vice president of the university, and I didn't want to cause him any problems,” he said.

According to Almas, at least 56 Uyghur lecturers and researchers from Xinjiang University are currently held in re-education camps, and their detentions—as well as the confirmed detentions of other Uyghur academics and intellectuals throughout the XUAR in recent months—are part of an “ethnic cleansing policy” Beijing has intensified in the region since 2017.

“In order to achieve this, they must first start with the intellectuals, who play a leading role in ideology,” he said.

“All five of my [detained] former colleagues are professors in literature and history, and they are the leading figures in Uyghur ideology.” 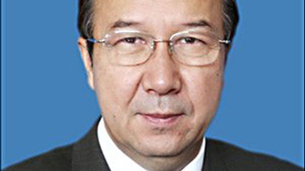 U.S. State Department spokesperson Heather Nauert recently said the US government was "deeply troubled" by the crackdown on Uyghurs in Xinjiang, adding that “credible reports indicate that individuals sent by Chinese authorities to detention centers since April 2017 numbers at least in the hundreds of thousands, and possibly millions.”

Adrian Zenz, a lecturer in social research methods at the Germany-based European School of Culture and Theology, has said some 1.1 million people are or have been detained in the re-education camps, which equates to 10 to11 percent of the adult Muslim population of the region.

Uyghur educators are kept under strict monitoring in the XUAR and can face stiff punishment for not adhering to Beijing’s narrative about how China’s central government’s policies are benefitting the region and its ethnic minorities.

In September 2014, a court sentenced outspoken economics professor Ilham Tohti, who regularly highlighted the religious and cultural persecution of the mostly Muslim Uyghur ethnic minority in the XUAR, to a life term behind bars on charges of promoting separatism.

The court decision cited Tohti’s criticism of Beijing’s ethnic policies, his interviews with overseas media outlets, and his work founding and running the Chinese-language website Uighurbiz.net, which was shut down by Chinese authorities in 2014.

But rights groups say that instead of urging the separation of the XUAR—the Uyghur people’s historic homeland—from China, Tohti had called only for China to implement its own regional autonomy laws and had consistently promoted peace and dialogue between the Han Chinese and Uyghur communities, and have demanded his release.

He would really be in trouble if he had 3 faces. Stupid backward commies. Mind control does not work. Working together does.