Interview: ‘The Most Painful Part of Losing My Mother’ 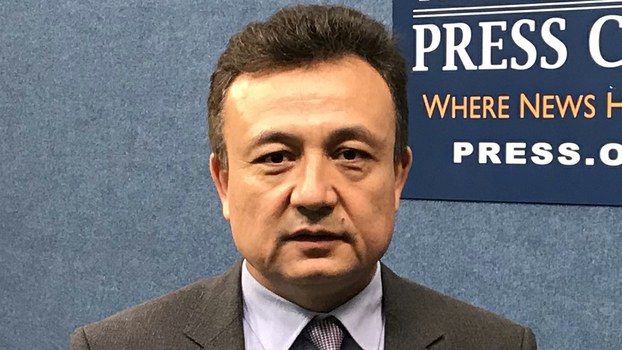 Dolkun Isa at the National Press Club in Washington, March 7, 2018.

Dolkun Isa, the president of the Munich-based World Uyghur Congress exile group, recently learned from a close family friend that his mother, Ayhan Memet, died in northwest China’s Xinjiang Uyghur Autonomous Region (XUAR) on May 17 at the age of 78. Isa, who has lived in exile since 1994, last spoke with his mother more than a year ago and was unsure if she had been incarcerated in one of the many “political re-education camps” throughout the XUAR, where authorities have been detaining Uyghurs accused of harboring “extremist” and “politically incorrect” thoughts since April 2017. Uyghurs with relatives living abroad are frequently targeted by this campaign. Amid an information clampdown in the region, many Uyghurs in exile have difficulty learning about the circumstances of loved ones back home—a situation that is made even more vexing for those whose relatives have passed away and who are unable to honor them with Uyghur burial rites according to Muslim tradition. Isa recently told RFA’s Uyghur Service about how he was affected by learning of his mother’s death.

The last time I saw my mother was in May 1994, just before I was forced to leave my homeland. It’s been 24 years. I have never seen her since—even by video chat.  I’ve only seen a couple of photos of her since I last saw her in person.

I was forced to leave my homeland after experiencing frequent harassment and being repeatedly questioned by the Chinese police. I was targeted because the Chinese authorities accused me of running an “information center” [to promote Uyghur issues] under the guise of a restaurant in [China’s capital] Beijing. While I was in Beijing, I had the opportunity to introduce Uyghur people and culture to international students through authentic Uyghur food. This probably made the authorities uncomfortable.

My parents and family members [in Kelpin (in Chinese, Keping) county, in the XUAR’s Aksu (akesu) prefecture)] have always faced official harassment, even while I was living in Beijing. I was in Beijing altogether for four years—two years for study and two years for running my restaurant. Whenever I returned [to Kelpin] from Beijing to visit my parents, the Chinese police kept a watchful eye on me and followed me around. My brother was imprisoned for two years because of my peaceful activism [against the discrimination Uyghurs face under Chinese rule in the XUAR]. My parents, and even distant relatives, were never granted passports or allowed to leave China.

My mother was a courageous woman. She knew no fear. She flatly told Chinese officials, “I’m proud of my son and don’t need anything from you” when they visited her after expelling me from Xinjiang University [in the XUAR capital Urumqi] in 1988 [for campaigning for Uyghur rights]. Over the past 24 years, she never flinched under Chinese pressure, harassment or threats that came because of what I had done. 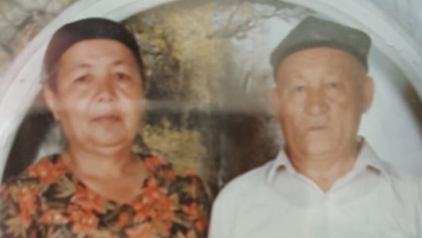 The most painful part of losing my mother is only learning of her passing 22 days after she died. In this 21st century age of information—where instant messaging connects people around the world in seconds—I, and my fellow Uyghurs in exile, are deprived by the Chinese government of the basic right to timely information about the death of loved ones. China has completely cut off our communications with our friends and family in East Turkestan [the XUAR], creating a situation in which Uyghurs both inside and outside of the region live in an “information dark age.”

The last time I briefly spoke to my mother was in April 2017. I don’t know how she passed away—whether it was at home, in a hospital, or in a concentration camp. This is the situation faced by all Uyghurs living under China’s draconian rule. I demand that the international community condemn and take action to end China’s horrific treatment of the Uyghur people. I also call on the Chinese government to stop its crimes against humanity imposed on the Uyghur people in East Turkestan and immediately close all “political re-education camps,” releasing the nearly one million Uyghurs who have been arbitrarily and extrajudicially detained.