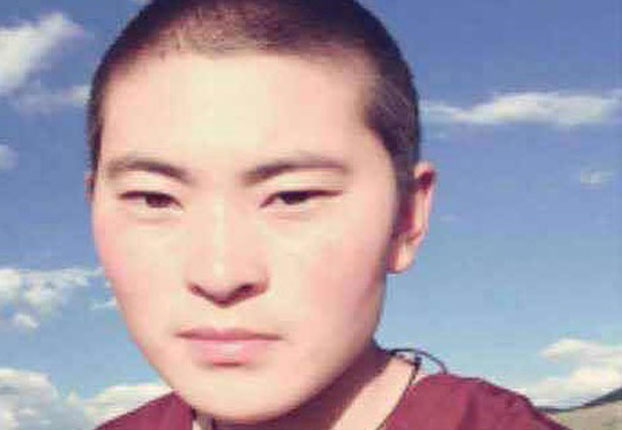 Tibetan nun Tsering Dolma is shown in an undated photo.
Photo sent by an RFA listener

Two more Buddhist nuns living at Sichuan’s Larung Gar Academy have killed themselves following a suicide in July to protest Chinese authorities’ destruction of large parts of the Tibetan Buddhist study center, with the attempted suicide of yet another woman blocked by friends at the last minute, according to Tibetan sources.

Tsering Dolma, aged about 20, hanged herself on Aug. 17 “when she could no longer bear the pain of seeing the destruction of Larung Gar,” a source living in the area told RFA’s Tibetan Service. “She left behind a note expressing her distress at the demolition and complaining that the Chinese will not let them live in peace.”

A native of Mewa township in Marthang (in Chinese, Hongyuan) county in Sichuan’s Ngaba (Aba) Tibetan Autonomous Prefecture, Dolma had been seen before her death to be “depressed and worried” over Chinese authorities’ destruction of thousands of dwellings at the academy, RFA’s source said, speaking on condition of anonymity.

“So she hanged herself,” he said.

A nun named Semga, a native of Dowa village in Ngaba’s Dzamthang (Rangtang) county, also recently killed herself, though details on how and when she died were not immediately available, while a third nun attempted suicide “though others intervened in time and saved her,” the source said.

The deaths follow the suicide on July 20 of Rinzin Dolma, a nun who hanged herself as Chinese work crews began to tear down monks’ and nuns’ houses to reduce what authorities have described as overcrowding at the Larung Gar academy in Ngaba's Serthar (Seda) county, sources said in earlier reports.

Many thousands of Tibetans and Han Chinese study at the sprawling Larung Gar complex, which was founded in 1980 by the late religious teacher Khenpo Jigme Phuntsok and is one of the world’s largest and most important centers for the study of Tibetan Buddhism.

The order now to reduce the number of Larung Gar’s residents by about half to a maximum level of 5,000 is not a county plan “but comes from higher authorities,” with China’s president Xi Jinping taking a personal interest in the matter, sources told RFA in earlier reports.

Chinese authorities have stationed armed security forces at the work site and are warning that attempts at protest or resistance will be punished by arrests and incarceration, one source said, adding that armed police have also been deployed to nearby areas.

Informed by her friends of Dolma’s death, officials of Larung Gar’s government-appointed management committee said at first that they were unwilling to look into the case, but later came to try to claim the body, RFA’s source said.

“They said that their duty according to official instructions was to be sure that the demolition goes ahead, though, and that they would not be held responsible for anyone’s death."

Hearing this, the nuns “wailed in grief,” he said.

Rights groups have slammed the government-ordered destruction at Larung Gar, with New York-based Human Rights Watch (HRW) saying that Beijing should allow the Tibetan people to decide for themselves how best to practice their religion.

"If authorities somehow believe that the Larung Gar facilities are overcrowded, the answer is simple," HRW China director Sophie Richardson said in a statement in June.

"Allow Tibetans and other Buddhists to build more monasteries."

What's China government worry if Larung Gar is overcrowded? This isn't the real reason for it to take action to lower the residents of the premise. There must be some other reasons that the China government needs to destroy the building. Politics matter or else? Region and the law as well oppose commit suicide. The suicidal nuns have committed the sin of self-killing. This is what i want to express. People needs to self-evolve. Fight in the right way.

Hello,
Please teach me original Tibetan expression for the sentence

> a third nun attempted suicide “though others intervened in time and saved her,” the source said.

I'm a member of Students for a Free Tibet Japan and working for our appeal documents to Japanese Ministry of Foreign Affairs.