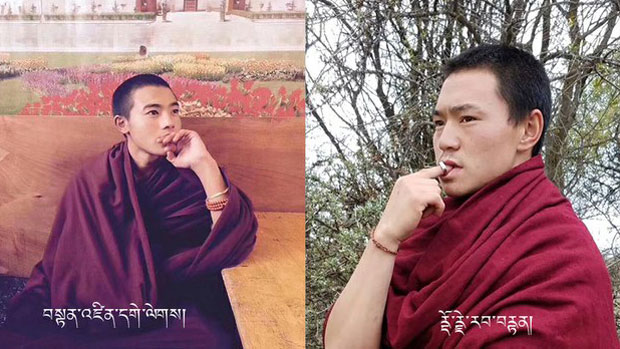 The three staged their protests in Ngaba on separate days in September, Kanyak Tsering and Lobsang Yeshe told RFA.

“On Sept. 5, Dorje Rabten, age 23, staged a solo protest in Ngaba county. He was immediately taken away by police and is now in custody,” Tsering and Yeshe said.

“He is from Ngaba’s Meruma township, and his teacher’s name is Lobsang Dawa. Other details are not yet available.”

The next day, Sept. 6, Tendzin Gelek, age 18 and also a resident of Meruma, shouted slogans in public calling for freedom for Tibet, Tsering and Yeshe said.

“He was also quickly taken away by police and is now being held in detention,” they said, adding that Gelek had earlier posted two articles on the social media platform WeChat.

A third protest was carried out in early September by another Kirti monk, though nothing is known yet concerning his name and age, Tsering and Yeshe said.

Kirti monastery and Ngaba’s main town have been the scene of repeated self-immolations and other protests in recent years by monks, former monks, and other Tibetans opposed to Chinese rule.

Authorities raided the monastery in 2011, taking away hundreds of monks and sending them for “political re-education,” while local Tibetans who sought to protect the monks were beaten and detained, sources said in earlier reports.