Myanmar Sticks With Huawei For Telecoms Buildout Despite China Concerns 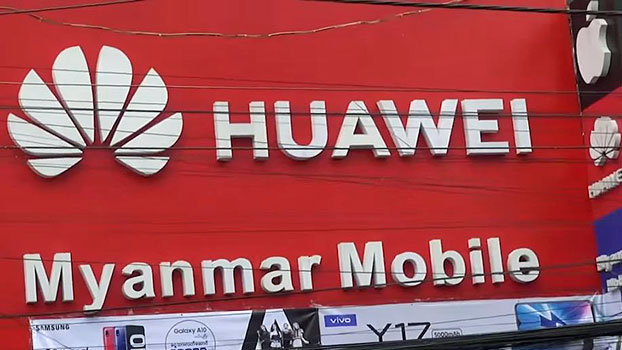 A Huawei sign is seen above a storefront along a busy street in central Myanmar's Mandalay region, May 2019.
RFA video screenshot

Myanmar has decided to continue using Chinese telecom equipment giant Huawei as its major partner in developing its lagging telecom sector as the Southeast Asian country gears up for the deployment of the next generation of high-speed mobile communications.

The move comes despite concerns by other countries, including the United States, that Huawei’s gear could be used as a conduit for cyberspying at the behest of China’s ruling Communist Party.

In May, the U.S. government added Huawei Technologies Co., Ltd. to its “Entity List,” based on what it said was reasonable cause that the company has been involved in activities counter to national security or foreign policy interests.

But Myanmar, which is heavily dependent on neighboring China for its infrastructure development, has taken a different tack when it comes to Huawei. The Chinese firm has captured nearly 30 percent share of the global telecom equipment market and has emerged as the leader in 5G mobile networks and is a top smartphone producer.

In February, Soe Thein of the Communications and Information Technology Ministry told a mobile conference in Barcelona, Spain, that Myanmar would be ready to deploy 5G technology in two to three years, the Myanmar Times reported.

At a May event held by Huawei and the Federation of Myanmar Engineering Societies, Soe Naing, deputy director general of the Ministry of Transportation and Communications, thanked Huawei for helping to develop Myanmar’s telecommunications sector and invited the company to participate in the buildout of the country’s future network.

Huawei is providing communications networks to about one-third of Myanmar’s population of more than 53 million people, both individuals and businesses, said Zhu Bo, director of public affairs and communications at Huawei Myanmar.

It is unclear whether the Chinese state has an ownership stake in Huawei, with 99 percent of its shares held by an entity called a “trade union committee” and the remaining one percent held by company founder Ren Zhengfei.

Some Myanmar professionals have voiced concern over China’s heavy involvement in development efforts through its state-owned enterprises, not only with communications networks, but also with the buildout of special economic zones, hydropower dams, energy pipelines, and other infrastructure projects as part of its multitrillion-dollar Belt and Road Initiative (BRI).

Nay Hpone Latt, a technical expert who currently serves as a lawmaker from Thingangyun township in the Yangon regional parliament, said developing countries like Myanmar have learned by now that whenever they receive technological help from abroad, they must hand over important information as part of a quid pro quo.

“Now, there are many criticisms,” he said. “They [government officials] don’t look at a company’s background.”

“If you look at Huawei’s technology, it’s amazing,” he said. “[But] if we continue to look only at the technology and say, ‘Oh, it’s really good,’ the country’s important information may be sent to other countries. That danger is not visible.”

Though Nay Phone Latt said he believes that nothing like this will happen in the near future, he cautioned that in a time of crisis it could present real trouble.

Of particular concern to some are the security implications of using Huawei’s equipment for Mandalay region’s “Safe City” project.

Earlier this year, the regional government signed a deal with the Chinese company to buy surveillance cameras equipped with artificial intelligence and facial-recognition technology as well as alarm systems linked to local police stations to install in three townships with high crime rates.

Zarni Aung, Mandalay region’s minister of electricity, energy, and construction, told RFA’s Myanmar Service at the end of 2018 that the Safe City project would be divided into two phases, the first of which would cost about 2 billion kyats (U.S. $15.6 million).

But Mandalay regional lawmaker Myint Aung Moe from Chanmaythazi township questioned the decision to buy communications equipment from Huawei amid growing global concerns about the company:

“From what we know, their system is such that when there is a hit-and-run, for instance, the likelihood that we can catch that person is high,” he said. “We like this side of it — the good side. We welcome it.”

“On the other hand, however, can things happening in other countries happen to us?,” he asked, referring to mounting concerns over whether Huawei’s equipment could be used for espionage by the Chinese government.

“Let me be frank, the security is already broken,” he said, citing the example of Huawei's involvement in SIM card registrations for cellphone users .

Under current law, telecom operators can only sell prepaid SIM cards after cellphone users register them using their national identification cards or passports.

With the number of SIM cards now exceeding the country's population, Myanmar has achieved a teledensity of more than 100 percent, Ye Myat Thu said.

“What Huawei did was to have a scan app that recognizes Myanmar OCR,” he said, referring to optical character recognition, the conversion of printed characters on a scanned document or photo of a document into machine-encoded text using photoelectric devices and computer software.

“If you took a photograph of the registration, [the app] has software that can scan the handwriting on the ID and enter it directly into a database,” he said. “Huawei distributed the software, and telecom companies used it.”

The result is that Huawei already has the personal information on Myanmar’s population of cellphone users.

“Not even the Immigration Department has all of our national registration information systematically, but Huawei has all of it,” Ye Myat Thu said. “To speak frankly, we are just being loud-mouthed and dumb [with giving up personal information to Huawei] and have to suffer any consequences.”

RFA was unable to reach Myanmar’s Ministry of Transport and Communications for comment on the matter. 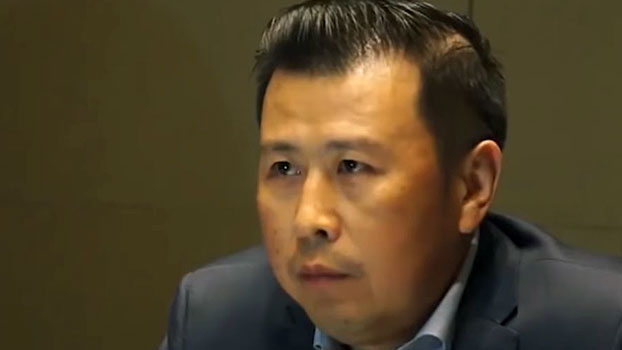 No evidence of spying

Zhu Bo at Huawei Myanmar said the company is aware of the security concerns raised by certain countries, but that the accusations are unfounded because no one has presented evidence of cyberspying.

In Myanmar, Huawei will continue to work with the central government on the development of the country’s lagging information and communications technology (ICT) sector and its standardization.

The company says it is adhering to Myanmar laws and regulations in rolling out ICT infrastructure.

Nay Hpone Latt recommends that the government put in place IT consultants at the regional and state levels as well as the national level, instead of making technical decisions on its own, to prevent situations where foreign companies or their governments have control of critical infrastructure and data.

“I don’t think we should make these decisions on our own,” he said.  “We may have political visions, but technology has become a part of it whenever we work with any company.”

“Especially when we must hand over the country’s basic information, it would be best if we thought it through carefully before doing anything,” he said.

Reported by Thet Su Aung and Ye Tike for RFA’s Myanmar Service. Translated by Than Than Win. Written in English by Roseanne Gerin.