Zoom Shuts Down Account of U.S.-based Group After Tiananmen Anniversary 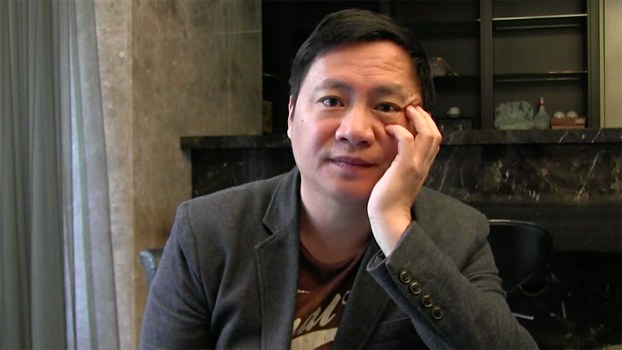 Wang Dan in a file photo.

The video-conferencing app Zoom recently shut down the account of a U.S.-based Chinese rights group after it held an online event marking the 31st anniversary of the Tiananmen massacre.

Humanitarian China said its account was closed on June 7 at around 10.00 p.m. local time, a week after it had used the platform to host an international event commemorating the weeks-long pro-democracy movement that ended when Chinese leaders ordered the People's Liberation Army (PLA) to kill civilians with tanks and machine guns on the night of June 3-4, 1989.

"Zoom has not responded to our requests for an explanation," the group said in a statement on its website.

It said more than 250 people had taken part in the online event, which was also livestreamed to other social media platforms.

"A significant proportion of attendees were from China," Humanitarian China said in a statement on its website. "Our conference provided many the opportunity to connect with activists abroad for the first time."

Speakers included members of the Tiananmen Mothers victims' group, workers severely punished for resisting the PLA troops on the ground, the organizers of 30 years of June 4 candlelight vigils in Hong Kong, as well as writers, academics,and former student leaders of the 1989 movement.

"Prevented by police from reporting live, most speakers from China sent pre-recorded messages," the statement said, citing the case of dissident Dong Shengkun, previously jailed for 17 years for his activism, who was detained for five days by police to prevent him from taking part.

"We are outraged by this act from Zoom, a U.S company," Humanitarian China said, adding that the platform was "essential" to efforts to reach out to Chinese audiences and fellow pro-democracy activists.

"It seems possible Zoom acted on pressure from the [Chinese Communist Party] to shut down our account," the group said. "If so, Zoom is complicit in erasing the memories of the Tiananmen massacre in collaboration with an authoritarian government."

"Humanitarian China demands an explanation of why our account was shut down, and we will pursue other channels to protect our rights," it said.

U.S.-based lawyer Ouyang Ruoyu, who managed the Zoom account for Humanitarian China, said the group had paid its subscription so as to be able to host the event.

"This contract is protected by U.S. law," Ouyang said. "How could Zoom just abruptly terminate this contract at the request of the Chinese government?"

Former 1989 student leader and Humanitarian China founder Zhou Fengsuo said the group had hoped to reach more people inside China's Great Firewall this year, because Zoom had yet to be banned by the government like other non-Chinese platforms.

In a statement quoted by the news website Axios, Zoom confirmed that the account had been shut down, and said it was due to a need to "observe local regulations" in jurisdictions where they operate.

The company then restored the Humanitarian China account with little fanfare.

"Beijing makes its rules, and then Western companies are driven by the need to make a profit to comply with them," Zhou told RFA.

"These 'local regulations' are obviously Chinese regulations, which is tantamount to admitting that they shut down our account at the behest of the Chinese Communist Party," he said.

"We need to know what kind of instruction they received from the Chinese authorities, and whether it will be providing user data to the Chinese Communist Party," Zhou said.

Zoom also recently shut down an account belonging to veteran labor activist and human rights campaign Lee Cheuk-yan, who is one of the organizers of the Hong Kong June 4 candlelight vigils.

He had previously used Zoom to deliver four lectures related to the June 4, 1989 and the pro-democracy movement in Hong Kong.

He has yet to receive a response from the company.

Wang said it was unclear whether Zoom was hacked, or whether it had colluded with the Chinese authorities.

"We strongly suspect that this attack came from China," Wang told RFA. "It was clearly politically motivated."

"Zoom is an American company, and as such should first abide by the laws of the United States, not the laws of China," he said. "Freedom of expression is protected under U.S. law."

"They shouldn't be shutting off access to their services or closing accounts for political reasons," said Wang, who is considering taking legal action against the company.

An April 2020 study by the University of Toronto's Citizen Lab said the company had been using non-industry-standard encryption for securing meetings, and that there were discrepancies between security claims in Zoom documentation and how the platform actually works.

The company had been routing encryption keys through servers in China, even when all meeting participants and the companies they worked for were located outside China, it found.

"This finding is significant because Zoom is a company that primarily serves customers in North America and sending encryption keys via servers in China may potentially open Zoom up to requests from authorities in China to disclose the encryption keys," Citizen Lab said in its FAQ.

Zoom saw a huge spike in new users in the wake of the coronavirus pandemic, with numbers rising skyrocketing as millions started working from home.

Chinese-American entrepreneur Eric Yuan, founded Zoom in 2011, has previously disclosed that most of its product development was done in China, with some calls routed via Chinese servers.

The app has been banned by some companies and government agencies, including Tesla, NASA, the New York City government, the U.S. Senate, and the German foreign ministry.

RFA technology specialist Lee Kin-kwan said the hacker attack on Wang Dan's event could have been sponsored by the Chinese authorities, who would be able to obtain the app's source code directly from the company or its employees in China.

Lee said participants in Zoom meetings should limit the software to a dedicated device, and use it in conjunction with a virtual private network (VPN), which should be switched on first.

He warned there could be a threat to the security of participants in a politically sensitive event like the June 4 anniversary.

He said that, as well as hacker attacks, Chinese spies could infiltrate such events and then use video recordings as evidence against people without anyone being aware of it.

"It's to be expected that they would do this because the Chinese Communist Party has always done this in the past," Lee said. "Intelligence agents from East Germany and the Soviet Union used to do similar things."