The forthcoming trial of a Chinese dissident gets more international notice.
2009-12-21
Tweet 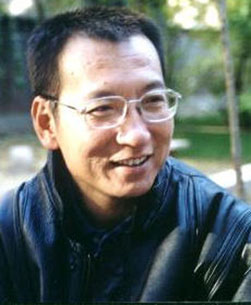 WASHINGTON—Former U.S. Attorney General Dick Thornburgh has called on the Chinese authorities to allow him to observe the subversion trial of top dissident Liu Xiaobo, a Beijing-based intellectual who helped to draft a controversial document calling for sweeping political changes in China.

“I’m applying for the visa,” Thornburgh said in an interview.

“My hope is that they will see that it is in their interest to have all trials open to public scrutiny.”

He said the decision taken earlier this month to try Liu for subversion, citing his involvement with the political reform manifesto Charter 08 and essays critical of Communist Party rule, was a “sad example” of Chinese curbs.

“Liu Xiaobo is of course, by the terms of the charges against him, being prosecuted on account of his involvement with Charter 08 and essays that he has written about democracy, human rights, and the rule of law,” Thornburgh said.

He said Liu, a former literature professor whose case was accepted this month by China’s state prosecution service after more than a year’s detention, appeared to be on trial simply for expressing his views.

“On the face of it, this does not seem to be the type of prosecution that is consistent with the rule of law,” Thornburgh said.

Washington-based free speech advocate Ellen Bork, who currently works at the Foreign Policy Initiative think tank and is assisting Thornburgh in his campaign work, said Thornburgh’s interest in part stems from the high-profile prosecution of Liu.

“Liu Xiaobo is ... one of China’s most prominent dissidents,” Bork said.

“He has a distinguished record of intellectual output and of activism, and the Chinese government I think has made him a symbol, and we are responding to that.”

“This seems to be yet another case of China trying to make criminal the right to free expression [and] to freedom of association.”

Bork said China’s increasing use of subversion charges is of great concern to the outside world.

“Mr. Liu should be released. He is a great credit to China. His work really reflects a sensibility, a thoughtfulness, a commitment to the individual and to human rights, and that is something that any government should applaud and not repress.”

Authorities in the Chinese capital formally indicted Liu one year after his arrest on Dec. 8, 2008 for helping to draft Charter 08, which called on World Human Rights Day for freedom of expression and association, free elections, and removal of the ruling Communist Party from control of the armed forces.

According to the activist network Chinese Rights Defenders, the charter has been signed by more than 10,000 people, including leading intellectuals, writers, and dissidents.

Liu, 54, has been an outspoken critic of the government since he joined a hunger strike supporting student protesters in 1989, just days before the army crushed the pro-democracy movement centered on Tiananmen Square.

He was later jailed for 20 months and then spent three years in a labor camp during the 1990s.