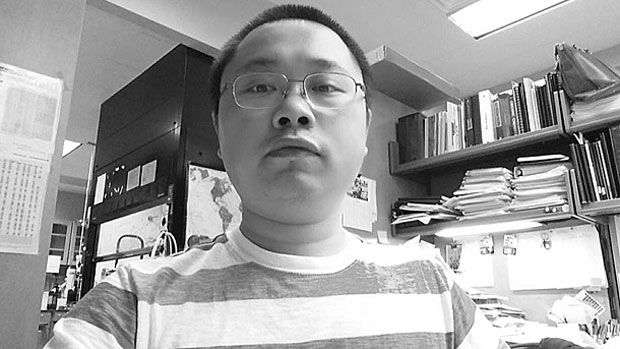 China's state security police are recruiting agents, some of them as long-term 'moles,' from among the more than half a million students studying overseas, RFA has learned.

The secret police are particularly keen to infiltrate overseas Chinese dissident groups, such as those fighting for democracy in their home country, or among emigre ethnic minority Tibetans and Uyghurs, according to overseas activists.

U.S.-based rights activist and Georgia University student Sulaiman Gu told RFA that he was recently called up by the state security police, who tried to recruit him at the University of Georgia.

"According to my understanding, you wouldn't be taken straight to prison the moment you came back to China," a secret police officer tells Gu in a recording of a recent phone call shared with RFA.

"But seeing as you are pretty active and you have said various things that have had a negative impact on the country and the government, you are definitely a person of interest," the voice says.

"We are interested in [exiled Chinese billionnaire] Guo Wengui, also in the activities of that little circle of yours," the officer continues. "Such as how many people are involved in pro-democracy groups in the U.S., what the current situation is, what their events usually consist of."

"If you were able to send [such information] to the higher-ups, using me as a channel, you could end up better off than the majority of people just from doing that little bit of work," he says.

Gu said some of his fellow students have received similar phone calls. Meanwhile, the secret police have also repeatedly called up his relatives back home in China.

"The secret police have harassed my family and friends on many occasions, frightening them by saying they have a blacklist of all dissident youth studying overseas, and that I am on the list of people to be charged with 'incitement to subvert state power outside China'," he said.

"He suggested that I write up a secret report, but I don't trust this state security policeman," he said. "They are saying I can go back now, but I think this is part of their spy recruitment drive, or maybe they are trying to lure me back."

"I think that anyone who signed the open letter to Xi Jinping ... is running a huge risk right now," he said.

Wu Lebao, a fellow Georgia University student, said that he and his friends and family have received similar phone calls.

"They have harassed me repeatedly and asked me to give them information about the activities of overseas democracy activists and dissidents," Wu told RFA. "They are particularly interested in the activities of Uyghurs and Tibetans."

"This would be a requirement if I wanted to return in future," he said. "I told them I wasn't going back, and they said I would have to come back to see my ageing relatives. This is coercion."

Chen Yonglin, a former diplomat who defected from the Chinese consulate in Sydney in 2005, said the ruling Chinese Communist Party is relentless in pursuing its critics beyond its borders.

"When I worked at the Chinese consulate, they were very concerned about the attitudes of overseas [Chinese] students," Chen said. "The Chinese government is definitely organizing them to report back to the party, using a twin-pronged approach of threats and profit."

"On the one hand they threaten and put pressure on them, and on the other they say that the party will reward those who cooperate," he said. "The Chinese Communist Party has poured huge amounts of money into its infiltration networks."

The administration of President Xi has become “increasingly repressive,” amid ever-tightening controls on the media, online speech, religious groups, and civil society, the U.S.-based freedom-of-speech watchdog Freedom House said in a recent report.

It said Xi’s “new era,” will bring with it further increases in party controls over information, society, culture, the military, and the economy, adding that the president’s emphasis on a growing international role for China means the likely export of authoritarian ideology to other developing countries.

The book, titled Silent Invasion: How China Is Turning Australia into a Puppet State, details the low-key and sometimes clandestine efforts of Chinese Communist Party agents within Australia's borders to influence public opinion.

A PRC citizen has the right to say anything that comes to mind as long as it is not critical of the CCP, the PRC, or a long list of other sacred cows. Wait, that's not much freedom of speech, is it?