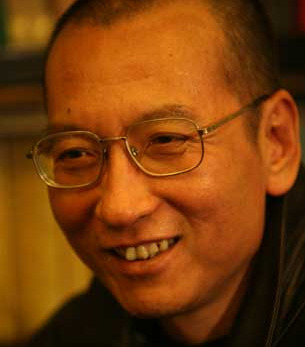 HONG KONG—Authorities in Beijing have handed an 11-year jail term to prominent pro-democracy activist Liu Xiaobo for “incitement to subversion of state power” after he helped draft a document calling for sweeping political change.

Friday’s announcement from the Beijing No. 1 Intermediate People’s Court was awaited in freezing temperatures by large numbers of foreign journalists outside the courts, while Chinese supporters of Liu said they were questioned at every turn and told to leave the area.

“Liu Xiaobo. 11 years,” wrote user Sumomojean on the microblogging service Twitter from outside the court building, shortly after the announcement.

“They are questioning me at every turn,” she wrote.

“My identity card has been taken away by a policeman.”

Liu, who has been held in formal detention for more than a year already, was sentenced to 11 years’ imprisonment and two years’ deprivation of political rights.

“The mistake of authoritarianism is to believe that you can forbid freedom,” tweeted online rights activist and Olympic stadium designer Ai Weiwei.

“That’s a mistake. As soon as you deny freedom, it takes flight, and comes to settle in every window.”

Hundreds of Liu’s supporters sent their reactions to the sentence through the microblogging service, many using a yellow ribbon logo to call for his release.

“It was China’s backbone, China’s hope and China’s future that was on trial today,” tweeted user mashaofang, while others circulated excerpts from Liu’s own writings.

“Respect for the rights of the individual is considered a fundamental principle nowadays throughout the world,” tweeted user sudajiang in response to the news, using Liu’s own words.

“Indeed, respect for individual rights is the main moral source of political legitimacy.”

The judgment was based on Liu’s role in drafting and organizing the signing of Charter 08 in December 2008 and on six essays Liu published between 2005 and 2007 that criticized the Chinese government.

Liu’s sentencing for his role in Charter 08 came despite a petition by some 450 fellow signatories in the run-up to his trial, which called on the government to treat them as collectively responsible for the movement.

“HRIC urges the Chinese authorities to free Liu Xiaobo immediately and unconditionally, and to respect the rights guaranteed by Chinese law and international human rights law,” the group said in a statement on its Web site.

It also called on the international community to “stop giving China free passes on human rights in exchange for perceived benefits.”

Liu’s lawyers have defended Liu by saying he was merely exercising his right as a citizen to freedom of expression, and that he will appeal the decision, though successful appeals are rare in such cases.

“By using the police and security apparatus and the legal system to violate the rights of its citizens, the Chinese government may find itself, in time, subverting its own state power,” said HRIC’s executive director, Sharon Hom.

The U.S. State Department said it was “deeply concerned” at the news of Liu’s verdict, saying that punishing people for expressing political views ran counter to United Nations human rights covenants, to which Beijing is a signatory.

“We also were concerned that requests by Mr. Liu’s wife, the U.S. Embassy, and other diplomatic missions to attend the trial were denied,” acting spokesman Mark Toner said in a statement.

“Mr. Liu has already spent a year in detention while Chinese authorities carried out the investigation of his case,” Toner said.

“As we have expressed repeatedly, we call on the Government of China to release him immediately.”

Beijing authorities formally indicted Liu one year after his arrest on Dec. 8, 2008 for helping to draft Charter 08, which rights groups say has been signed by more than 10,000 people, including leading intellectuals, writers, and dissidents.

Liu, 54, has been an outspoken critic of the government since he joined a hunger strike supporting student protesters in 1989, just days before the army crushed the pro-democracy movement centered on Tiananmen Square.

He was later jailed for 20 months and then spent three years in a labor camp during the 1990s.

Liu Xiaobo has received hundreds of thousands of US government funding via the NED in the past five years. Check NED's China grants for Independent Chinese Pen Center and Minzhu Zhongguo magazine, which Liu heads.

If Liu is American he would be in violation of FARA (Froeign Agent Registration Act).