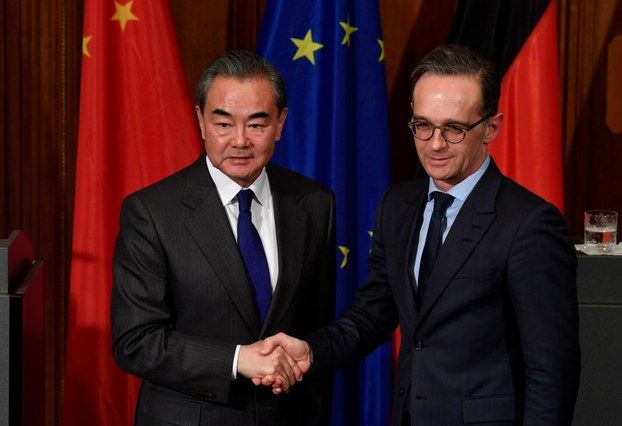 The ruling Chinese Communist Party (CCP) is "co-opting" foreign nationals via friendship associations to expand its overseas influence in Europe, amid growing concerns over Beijing's intensive lobbying and propaganda campaigns far beyond its borders, according to a recent report.

An Aug. 4 report published by the Washington-based think-tank, the Center for Strategic and Budgetary Assessments (CSBA), said Beijing uses foreign nationals in a number of ways to promote its views in the corridors of power overseas.

"This study finds that the coopted foreigners, who enjoy influence, convening power, and connections, serve the CCP’s aims in several ways, subtle and otherwise," the report said.

While the organizations concerned have no obvious formal connection to the Chinese government, they are a part of the "united front" system through which the CCP maintains its grip on power at home and seeks to further its agenda abroad, the report said.

"United front work seeks to ... coopt and neutralize its targets to obtain support or to reduce resistance to the CCP’s domestic and foreign goals," it said.

According to the report, friendship groups are associations comprising political, business, and other elites within a defined foreign territory that seek to promote closer bilateral relations with China.

"This report contends that friendship associations are front organizations [that] rely on co-opted elites drawn from Europe’s political class and business community to lead and to fill their ranks," it said, adding that the groups claim to be "homegrown organizations."

The report, which called for greater cooperation across Europe to measure and research such groups, came after concerns were raised over "China Bridge," an association set up earlier this year to promote "understanding" between China, Germany and the EU.

"We are very concerned that the network is not acting transparently," Ulrich Delius, director of the Society for Threatened Peoples, wrote in a June 22 letter to Bärbel Kofler, the German Federal Government's Human Rights Commissioner, according to the Handelsblatt newspaper.

Delius asks Kofler to encourage "well-known members of the network to be more transparent," adding that a refusal to do so would draw criticism that they were connected to Beijing's ruling party and security services, the paper said in a June 25 report.

One of China Bridge's board members is vice-president of the German Bundestag.

Friedrich has denied any secret agenda, telling the Handelsblatt: "There are no secret actions, we have nothing to hide. Nevertheless, we are constantly suspected of doing something disreputable."

He said the organization was intended as a way to "open up communication channels to the Chinese leadership ... given that China is an essential factor shaping the global situation."

German legal scholar Qian Yuejun told RFA that there is evidence linking the group to the CCP, however.

Friedrich was recently lauded as a "friend welcomed by the Chinese government" in an interview published by the CCP's official newspaper, the People's Daily.

He and other China Bridge members were also praised for their public cheerleading of China's efforts in fighting the coronavirus.

"The CCP will pay any price to exert its influence on European and American society and politics," Qian told RFA. "There are still politicians who are inextricably linked with the CCP regime, and once there are vested interests, many people give the CCP a platform."

He said claims that China Bridge had received no funding from the Chinese government were dubious.

"There is a difference between direct and indirect money, and there are many ways to fund something indirectly," Qian said. "It is not easy to use Western concepts to understand how the CCP invests money in these political circles."

He said CCP support can often take the form of traded favors to individuals in unrelated areas, making it hard to track.

Andreas Fulda, a sociologist who teaches at the University of Nottingham in the United Kingdom, said there is no evidence that China Bridge and organizations like it have any connections with civil society in the countries in which they operate, and remain mute on controversial topics like China's human rights abuses in Tibet, Xinjiang and Hong Kong.

"The CCP doesn't want to see such exchanges," Fulda said. "Those in charge at China Bridge say they are neutral and they just want to establish partnerships, but this is impossible."

He said any level of cooperation with China involves cooperating with the ruling party in some way.

"The moment they claimed to be neutral, they [made it clear that they have] chosen the Chinese Communist Party," he said.

Reported by Chen Pinjie for RFA's Mandarin Service, and by Ng Yik-tung and Sing Man for the Cantonese Service. Translated and edited by Luisetta Mudie.