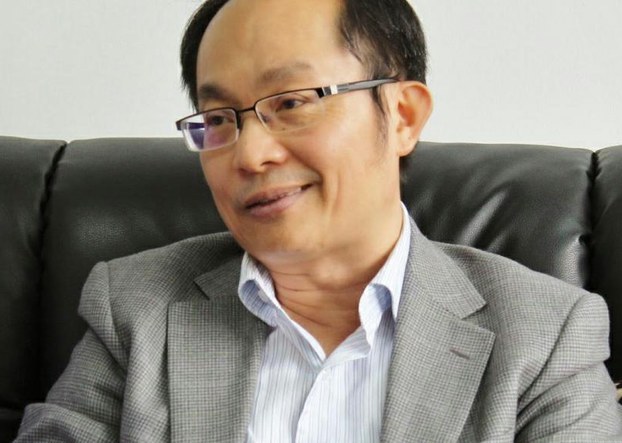 Feng Chongyi in an undated photo.

Authorities in the southern city of Guangzhou have prevented a top Chinese academic currently based at an Australian university from returning home, citing "national security" concerns.

University of Technology Sydney associate professor Feng Chongyi was stopped from boarding his flight from China to Australia on Friday and Saturday, the Associated Press quoted Feng's lawyer, Chen Jinxue, as saying.

Feng, a permanent resident of Australia, had been on a three-week research trip examining a recent crackdown on human rights by President Xi Jinping.

Chen said the travel ban on Feng, who remains a Chinese national, could be linked to his investigation of a nationwide police operation targeting human rights lawyers, law firms and activists that began in July 2015.

He said Feng is still being questioned by state security police at his hotel in Guangzhou.

"The relevant departments are still talking with him, arranging to have further 'chats' with him," Chen told RFA on Monday. "This started yesterday and went on for two or three hours, and this morning they talked again for more than two hours."

He said police had declined to give a specific instance of Feng's having "endangered state security," adding that Feng hasn't been formally detained or arrested so far.

Earlier, Chen told AP that police had asked Feng to provide a list of people he met with during his trip, and details of the information they gave him.

But speaking to RFA, he said Feng was "not authorized to discuss" the interviews with anyone else.

He said it was still unclear if or when Feng would be allowed to leave China.

"I suspect that this has to do with his investigations into ... the situation of human rights lawyers in China, especially the mass detentions that took place since July 2015," Chen said.

He declined to name any lawyers visited by Feng, however, for fear of compromising them.

"He got off the plane in Guangzhou, this is what he told me, and went to his family home in Hainan at first," Liu said. "Then he went from Hainan to Beijing, and from Beijing to Tianjin, Hangzhou and Kunming, where he had a 'chat' with [certain officials]."

"He was then tailed after his arrival in Guangzhou, by people who had followed him all the way from Kunming," Liu said.

Feng was detained during a five-day trade-boosting visit to Australia by premier Li Keqiang, who left the country on Sunday.

The use of national security concerns to detain lawyers, rights activists, or simply to prevent Chinese passport-holders from leaving the country has become increasingly common under Xi's administration.

The University of Technology Sydney said Feng had contacted his employer to say that he is "fine," also a common occurrence when dissidents or peaceful activists are held for questioning by police.

"UTS has been in regular contact with Dr. Feng, who has assured the University that he is fine," the university said in a statement on Monday, adding that Feng "is currently unable to leave China, for reasons we do not yet understand."

It said Feng still enjoys "freedom of movement in China and freedom of communications."

Xia Ming, political science professor at the College of Staten Island in New York, said he had become friends with Feng after meeting him at a number of international academic conferences.

He said the ruling Chinese Communist Party has recently narrowed its view of what constitutes acceptable academic research, affecting scholarly activities in the country.

"The Chinese government has begun to shift its bottom line," Xia said. "That means that academics don't really know exactly where it lies now."

"There are some areas of academic study that used not to be forbidden zones, which are off limits now," he said, describing Feng as a patriot who had deliberately hung onto his Chinese passport out of loyalty.

But he said his friend's political ideas were likely too much to stomach for the current regime.

"Feng has always wanted China to move in the direction of democracy and constitutional government," Xia said. "But the current Chinese leadership definitely doesn't agree."

Feng also had a research interest in the political ideology of late disgraced reformist premiers Hu Yaobang and Zhao Ziyang, he said.

"Feng has been very prolific in publishing research [in this area], and this has also probably angered the Chinese government," Xia said.

Reported by Wong Lok-to for RFA's Cantonese Service, and by Gao Shan for the Mandarin Service. Translated and edited by Luisetta Mudie.