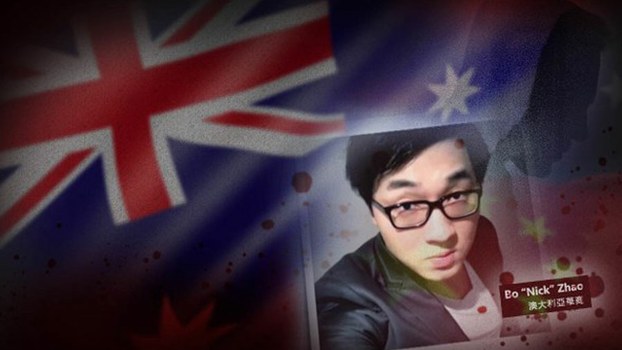 A Chinese defector seeking political asylum in Australia has claimed to have inside knowledge of Beijing's influence and spying operations beyond its borders, including in Australia, Taiwan and Hong Kong.

Australian intelligence has confirmed it is investigating reports from Wang Liqiang, also known as William Wang, that Chinese intelligence agencies have already infiltrated the Australian parliament.

China has denied Wang is who he claims to be, publishing documents indicating that he wanted for fraud.

But Taiwan on Monday said it had detained two directors of the Hong Kong-based China Innovation Investment firm at its Taoyuan International Airport after the company was mentioned in media reports of Wang's defection.

Xiang Xin and Kung Ching are helping Taiwan authorities with their inquiries, the company said, while the democratic island's Interior Minister Hsu Kuo-yung confirmed the arrests, but declined to comment further to protect the ongoing investigation.

According to reports in The Age and the Sydney Morning Herald, Wang was hired by the two men to carry out espionage operations in Hong Kong, Taiwan and Australia.

The company said Wang had never been its employee, hitting out at the media reports as "fiction."

In Beijing, foreign ministry spokesman Geng Shuang said some in Australia have been engaged in a "farce."

"They have insisted on believing a suspected criminal with no credibility whatsoever," Geng told a regular news briefing in Beijing, accusing the media reports of "smearing and fabricating rumors to an extreme degree."

Wang, who entered Australia on a tourist visa, is currently believed to be in hiding along with his wife and child in Sydney, as officials said they were working to "separate fact from fiction" in the allegations he has made to security services.

Australian media reported that he has provided new details about the kidnapping of five Hong Kong booksellers and their rendition to mainland China, starting in October 2015.

He has also said that Beijing spies are infiltrating Hong Kong's pro-democracy movement, "operating with impunity" in Australia, and influencing elections in Taiwan, an issue that the island's security services have already highlighted.

Wang has asked for political asylum, and fears he will end up dead if he ever goes back to China, reports said.

Australian authorities are also investigating claims that a man who mysteriously died in March this year had been approached by a Chinese espionage ring to stand for the country's national parliament.

The suspected intelligence group offered one million dollars to fund the campaign of Liberal Party member and Melbourne car dealer Zhao Bo, 32, to run for the seat of Chisholm, the Telegraph newspaper reported.

Zhao was found dead in his hotel room after reporting the approach to ASIO. The cause of his death was never determined.

The Australian Security Intelligence Organization (ASIO) said in a statement that it is taking seriously reports that China tried to place an agent in the Australian parliament, and that it will continue to confront foreign intelligence activities that threaten national security.

Australia-based scholar Feng Chongyi said the Australian authorities must be aware of infiltration and influence attempts, but are likely worried about alienating China, the country's biggest trading partner and a key source of tourist dollars.

"The biggest buyer of [Australian] agricultural products and minerals is China," Feng said. "A large proportion of foreign tourism also comes from China."

"Both incumbent and retired officials have invested heavily in business relations between China and Australia, and issues of human rights and foreign interference interfere with their interests," he said.