As US Raises Pressure on Huawei, NATO Steps up Assessment of Security Risks 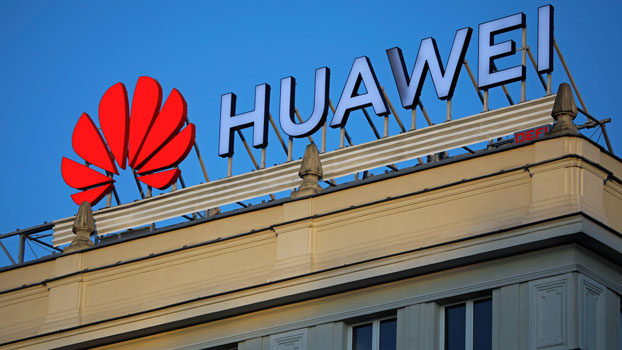 The logo of Chinese telecom giant Huawei is seen on a building in downtown Warsaw, Poland, June 17, 2019.
AFP

NATO will not adopt a uniform policy on Chinese telecom equipment maker Huawei in response to surveillance concerns by members of the political-military alliance that use its technology in their critical infrastructure, despite U.S. accusations that the company’s products pose a national security threat, a NATO official said.

“Allies are using NATO as a platform for discussion of the issue, but no policy will come of it,” said the official who declined to be named because he could not speak on the record about the matter.

The U.S. has warned that the world’s largest telecom equipment manufacturer can use its gear for espionage at the behest of the Chinese government, with which the Trump administration is engaged in a bitter trade row.

Despite a lack of evidence, the U.S. has lobbied some foreign governments, including some members of the 29-nation NATO alliance and European Union, to shun Huawei Technologies Co. Ltd.

U.S. officials have threatened to not share intelligence with those who compromise their network security by buying the Chinese manufacturer’s products for their next-generation 5G wireless infrastructure or defense communications systems.

Huawei, which derived almost half of its more than U.S. $100 billion in annual revenue from overseas markets in 2018, has vehemently denied that it uses telecom infrastructures to spy for the Chinese government, and has said that its equipment does not pose any national security risks.

Under an intelligence law enacted by Beijing in June 2017, however, Chinese companies are required to assist the government on national security issues. Huawei’s critics stress the difficulty of any Chinese entity saying “no” to the Chinese Communist Party.

“We will assess the issue and find out how NATO as an alliance can, in the best possible way, address the challenges related to investments in 5G infrastructure,” he told reporters at a press conference in mid-March.

In response to the rise in cyberattacks against its members, NATO declared cyberspace as the fourth domain of its military operations in 2016, giving it the capacity to address such attacks. It also has focused its attention on China as a potential security threat.

“In recent months … there’s been increasing discussion within the alliance about our relationship with China,” NATO deputy spokesman Piers Cazalet told RFA at the alliance's headquarters in Brussels in June.

“There’s a recognition that China is getting increasingly involved in Europe, including in European infrastructure, and European nations have been thinking about how that impacts on the longer term relationship with China and the resilience of their own infrastructure,” he said.

NATO does not have an official stance on the Huawei issue, and its members must decide individually if the company's technology compromises their national security, Cazalet said.

“Individual allies are assessing this themselves and they are coming to different conclusions, but NATO does not have a formal position on this,” Cazalet said.

Should the U.S. decide to withhold sensitive information from alliance members that use the company’s technology in their networks, NATO’s lines of communications would not be affected, he said.

“We have a system for intelligence sharing within NATO between allies and through NATO which works extremely well,” Cazalet said. “It’s very effective. We hope that that will be able to continue.”

A report issued earlier this year by the NATO Cooperative Cyber Defense Centre of Excellence (CCDCOE), a research and training organization focusing on cyber defense operations for all NATO bodies across the alliance, concluded that alternatives to Huawei technology are necessary to give countries more choice and prevent dependency on one supplier with no escape hatch.

The report entitled “Huawei, 5G, and China as a Security Threat,” noted that to date there has been no public evidence of any serious technological vulnerabilities in equipment manufactured by Huawei or its rival ZTE Corp., China's second-largest telecom equipment maker.

‘Looking at this very closely’

The European Commission (EC), the executive arm of the European Union, has also expressed concern about Huawei, whose advanced developments in 5G network equipment are sought by several member states, and is working on formulating a policy response.

An internal report obtained by Politico in 2018 indicated that the EC acknowledged the dangers of giving foreign vendors control over member states’ telecom networks, mentioning both Huawei and ZTE by name.

In March, the EC issued a report on EU-China relations, saying that Chinese foreign investment in the EU’s strategic sectors, technologies, and infrastructure — especially 5G networks — could pose, and recommended that measures be taken to strengthen the security of the EU’s critical infrastructure.

“5G networks will provide the future backbone of our societies and economies, connecting billions of objects and systems,   including sensitive information and communication technology systems in critical sectors,” said the report entitled “EU-China: A Strategic Outlook.”

“Any vulnerability in 5G networks could be exploited in order to compromise such systems and digital infrastructure — potentially causing very serious damage,” it said.

The report also said the EC would adopt a recommendation for a common EU approach to security risks to 5G networks.

“We are looking at this very closely, of course,” EU Trade Commissioner Cecilia Malmström said about the Huawei debate.

“And with my colleagues who work on digital agenda and the EU digital market, they are discussing with member states and have asked every member state to make a security assessment of the situation on this, and after the summer there will be a report,” she told RFA.

Malmström added that individual member states can decide on their own to individually stop investments in the company’s equipment if they want to, but the EC does not have the power to tell them what to do. 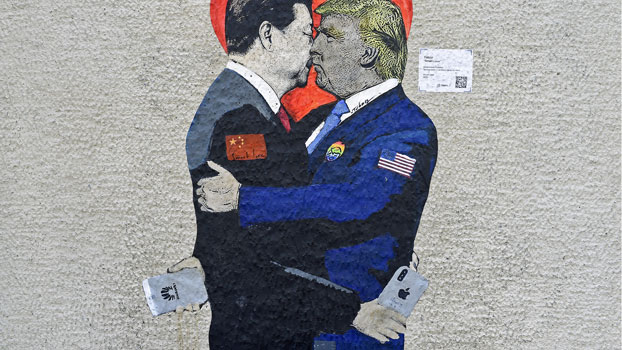 The blacklisting of Huawei


The U.S.’s row with Huawei heated up in 2018 when U.S. President Trump signed the defense policy bill prohibiting the U.S. government from purchasing the company's equipment because of national security concerns.

The situation grew more problematic that December when Canada arrested Huawei executive Meng Wanzhou at the request of the U.S.

Trump, who pulls no punches with using Huawei as a bargaining chip in stalled trade negotiations with China, said he would intervene in the case if it helped to secure a trade deal with Beijing.

A month later, the U.S. Justice Department filed charges against Huawei for allegedly stealing American trade secrets and violating Iran sanctions. Huawei later hit back with a lawsuit of its own against the U.S. government over the restrictions in the defense policy law.

Then in May, the U.S. Commerce Department added Huawei to its prohibitive “entities list” of companies deemed to pose a national security threat, based on the possibility that its network gear could be used as a spy platform for the Chinese government.

The blacklisting requires U.S. technology firms to obtain a license to sell software and components to Huawei for use in its smartphones and laptops.

That same month, Trump issued an executive order giving the government the authority to block transactions that involve information or communications technology that “poses an unacceptable risk to the national security.” The order was seen as targeting Huawei, even though the company was not mentioned by name.

In response, Huawei said in a statement that it was “ready and willing to engage with the U.S. government and come up with effective measures to ensure product security,” but added that the country would lag in 5G deployment by restricting it from doing business in the U.S.

The company has also said that it was willing to sign a no-spy agreement with the U.S.

But Trump did an about-face during a meeting with his Chinese counterpart Xi Jinping at the Group of 20 summit in Japan on June 29, saying he would relax U.S. restrictions on Huawei amid an agreement by the pair to restart trade talks.

Trump said U.S. companies would be allowed to resume equipment sales to Huawei as long as they did not raise national security concerns and that the Commerce Department would hold a meeting on July 2 to consider removing the Chinese company from the “entities list.”

But in an internal agency memo obtained by Reuters this week, a senior official from the department’s Office of Export Enforcement indicated that Huawei should still be treated as blacklisted and asked for clarification as to how its agents should deal with license requests by U.S. firms seeking permission to sell telecom components to the company.