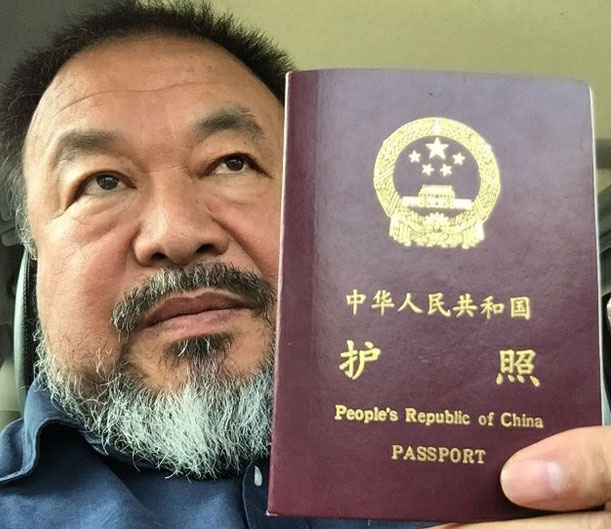 Outspoken Chinese artist Ai Weiwei has hit out at a move to uninvite him from the inaugural exhibition of a major art biennale in the western Chinese province of Ningxia, saying that he is pleased not to be part of an exhibit of "fake" culture.

Ai had been invited by the Yinchuan MoCA Biennale to show a sculpture made from steel bars taken from the rubble of the devastating 2008 Sichuan earthquake that left 80,000 people dead, thousands of them schoolchildren.

But the artist, who has often accused the ruling Chinese Communist Party of flouting the rule of law and the rights of citizens, said the sculpture has now been withdrawn from the show after a "vague" letter from artistic direction Hsieh Suchen.

"I have just learned that my artwork has been excluded due to my 'political sensitivity,'" Ai wrote in a statement on his Instagram account.

Ai said that while cultural censorship is still widespread under the ruling Chinese Communist Party, he was surprised at having been removed from such an international exhibit curated by a non-Chinese citizen.

"This shows what we face is a world which is divided and segregated by ideology, and art is used merely as a decoration for political agendas in certain societies," Ai said.

Ai, whose own company is ironically titled Fake Cultural Development Ltd, punning on Chinese that sounds like a common English expletive, said he was happy not to take part in an exhibition that is ultimately a "political decoration."

"China is trying to develop into a modern society without freedom of speech, but without political arguments involving higher aesthetic morals and philosophies, art is only served as a puppet of fake cultural efforts," he wrote.

"I believe the real effort we should make, is in defending freedom of speech for our humanism. Only by doing so, art is worth making," he said.

The Yinchuan MoCA is a private institution that opened last year, and its biennale is curated by Bose Krishnamachari and includes 73 artists including Anish Kapoor, Song Dong, and Yoko Ono.

According to Hsieh, the show is being used to promote China's new Silk Road initiative, known as One Belt, One Road, and that "the decision has been made by officials higher up."

She told The Art Newspaper that that the board had moved to exclude Ai's work following articles in the official Chinese media that criticized his involvement.

"Yinchuan MoCA is a fledgling institution, a ‘sapling’ for the contemporary art in northwest of China," she told the paper. "I would like to see this sapling being nurtured well and growing into an ageless tree."

An online writer who gave only his surname Zhang said the current Chinese political climate under President Xi Jinping simply can't tolerate someone as outspoken as Ai.

"Ai Weiwei is very influential, and he has spoken out on political topics a number of times in recent years," Zhang said. "But anyone who sets out to find out the truth about what goes on in our country is now being criminalized."

"It's very, very common to see the kind of artistic censorship such as that meted out to Ai Weiwei," Zhang said. "This has been the case ever since the crackdown at Songzhuang art village."

At least seven people were detained at Beijing's Songzhuang Artists' Village in 2014 over their online support for the Occupy Central democracy movement in Hong Kong.

Fellow artist Chen Junjie said a lot of Ai's work has offended the Chinese government, making him a figure of admiration for many.

"He is an artist for whom I have a lot of respect, and this [ban] has everything to do with ideological control by the government," Chen said.

"There is no escape from politics if you are a contemporary artist in China, not if you have a shred of conscience," he said.

"There are some artists who operate entirely within the system, but their work doesn't make much of a positive contribution, because they are avoiding all of these issues," he said.

Ai was detained and held in a secret location for 81 days in 2011, prompting an international outcry. His company was later hit with a U.S. $2.4 million "tax evasion" fine.

The tax bill prompted tens of thousands of Ai's supporters to send small donations that ended up totaling nearly 8.7 million yuan (U.S. $1.4 million), which was used to pay a guarantee to the tax bureau.

Some donations were folded into paper airplanes or wrapped around fruit and thrown over the gate at his home.

Reported by Xin Lin for RFA's Mandarin Service. Translated and written in English by Luisetta Mudie.

The party-controlled regime has again hoisted itself on its own petard of dictatorship as it tramples yet again on a conscientious individual's basic rights of speech and expression. What backwardness!

And the control masters reign supreme while ordinary citizens continue to suffer.