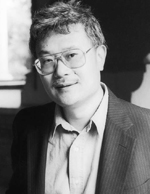 WASHINGTON—Chinese author Ha Jin, who has lived in the United States for nearly 20 years and writes in English, says his latest prize-winning novel, War Trash , is unlikely to be read in China because of its controversial subject matter: prisoners of war.

The story of an ordinary Chinese soldier taken prisoner by the Americans during the Korean War (1950-53), War Trash is likely to upset official views of history in China, South Korea, and the United States, Jin told RFA’s Mandarin service.

“When I sat down to write, I made a rule for myself, because I knew I would upset all three parties to the conflict—the Americans, the Koreans, and the Chinese,” he said. “I tried my utmost to stick to the truth, to deal with the actions of all three sides in a fair and truthful way.”

“It’s an anti-war novel,” Jin said. “It’s about an ordinary soldier who is taken prisoner, and about his treatment in a POW concentration camp. It describes such experiences purely from the point of view of a very ordinary person.”

Tale of a prisoner of war

The novel is told in flashback, in the voice of an elderly man speaking to his American grandchildren. In the camp, communist prisoners are mercilessly abused by Kuomintang [KMT, or Nationalist] soldiers put in charge of the camp by their U.S. allies, and by their own officers.

“While this is an anti-war novel, it also touches on the problems of human existence. Especially inside China, where historically the treatment of POWs has been inhumane. I’m talking about their treatment of their own POWs, not other people’s,” Jin said, adding that China had traditionally treated foreign prisoners better than their own. 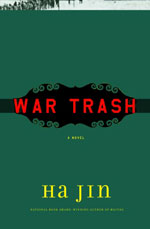 “POWs are often treated worse on their return to China than they were in the concentration camp, which was already bad enough,” he said.

“I just wanted to tell the story. That was the main thing. Of course, there are other layers that might open themselves up to people, making them aware of something they hadn’t been aware of before—for example, the dehumanizing effects of war,” he said. “When that happens, these people remain in people’s minds, and they are not entirely forgotten.”

Jin said the title of his novel, which has won him his second PEN/Faulkner award, recalled the English expression “white trash” and was intended to reflect the way in which common soldiers are frequently treated as expendable in war.

Unknown aspect of the Korean War

“The main character is an ordinary person, but he has his own conscience, his own dignity,” he said.

A PEN/Faulkner statement announcing Jin’s award called War Trash “a powerful, unflinching story that opens a window on an unknown aspect of a little-known war.”

“At the conclusion of War Trash I sat in awe at the journey Ha Jin’s understated words had taken me on: travails of enormous political and personal complicity, wrung through with emotion that somehow manages to be both melancholy and clear-eyed,” award panelist David Anthony Durham said in the statement.

POWs are often treated worse on their return to China than they were in the concentration camp.

“His portrayal of the tension between political pressure and human dignity has made a real contribution to the history of war,” Wu said in a panel discussion on Ha Jin’s work.

Wu agreed that Chinese authors were no less talented. “But there is tremendous ideological pressure weighing on them... unless of course they are prepared to accept not having their work published in China and have it published overseas instead,” he said.

While Jin’s earlier work, Waiting , has been published in Chinese, War Trash is unlikely to be seen by Chinese readers in the foreseeable future, he said.

“Controls are very strict within China right now,” Wu said. “And the Korean War described in the novel differs from the official Communist Party line.”

Jin agreed. “I think he’s right, it would be very difficult. Because if you’re too truthful, the authorities will find it too hard to take.”