LONDON—In the early summer of 2000, 58 migrants from the southeastern Chinese province of Fujian left everything behind—family, loved ones, hometown, and everything they knew—to seek a better life. They paid large sums of money to a snakehead gang, hoping to find work in Britain. They did not survive. 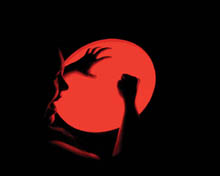 British officials lifted the lid on a nightmare when they opened up a container taking tomatoes through customs at the English port of Dover that June and found 58 bodies inside.

In search of better luck

The two survivors said that the 54 men and four women had screamed and banged on the container in an attempt to get help when the air ran out, but no one had heard them.

This autumn, a London-based East Asian theater company, the Yellow Earth Theatre, has tried to make those voices heard in a new play, 58 , about "numbers, luck, and immigration."

The 20th century is full of stories of migration.

The play helps to commemorate those deaths and raise funds for the families affected, but it also aims to make people think about portrayals in the British media of immigrants as opportunists bent on getting something for nothing.

French-born writer Philippe Cherbonnier said the tragedy at Dover made him want to tell what he saw as a universal story, and to counteract negative attitudes in the media.

"When this tragic event happened in Dover...I remember thinking at the time, this is a horrendous story. It's headline news today, but I bet it will be forgotten by next week. I thought: this is a story that needs to be told."

"The 20th century is full of stories of migration. We've got the Irish who migrated from Ireland because of the famine. You've got lots of people who fled from persecution all over the world... And then I think of my own parents who were farmers, and went to live in the city, because they wanted a better life. They didn't want the hardship of the countryside," he said. 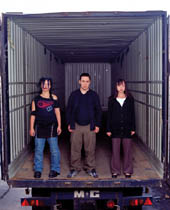 Cherbonnier said he also hoped to challenge attitudes to migration, which he sees as a basic human tendency.

They are taking our jobs - for people who are living here.

"It's perfectly fine for us to go all over the globe for our own benefit, but when people come to this country we suddenly say, 'well they come and take our jobs,' ...and we accuse them and I think this double standard is something that I wanted to address," he told RFA in a recent interview.

58 also contains interviews with members of the British public, who expressed a wide range of views about immigration.

A selection of people, young and old, male and female, were asked about what they thought of when they heard the word "immigrant." Their videotaped interviews appear as part of the play.

Dozens of British schoolchildren were also asked to remember their own families—and many of them quickly realized that they had similar stories of immigration in their own backgrounds, and the more they thought about it, the harder it became to define "immigrant."

Cherbonnier said it was this universality of human experience that prompted him to write the play.

The world isn't shut off just for people that were born there.

The play opened Nov. 8 at London's Soho Theatre, not far from the city's Chinatown, with a gala reception to raise funds for the families of the victims.

Written by Cherbonnier and directed by British-born Chinese director David Tse, the play brings in contemporary issues in both China and Britain.

The main characters include a young policewoman cataloguing the victims' personal belongings, a young man surnamed Chen from Henan who sells blood in one of the province's AIDS villages, and a young woman whose grandmother is being relocated to make way for the Three Gorges hydroelectric project.

Cherbonnier said he wanted to show the story of fictional migrants in all the context of their family and social background.

"Because there's a greater sense of community and family, and in some areas, it's more than the family, it's the entire village, I mean there are stories of the entire village chipping in to pay for the journey, so one person becomes the figurehead for an entire community," he said.

It works in schools and has outreach programs with Chinese communities, young and old, across Britain, to explore and celebrate both East Asian culture and contemporary experience.