'Developmental Dictatorship' Could be North Korea's Most Hopeful Future 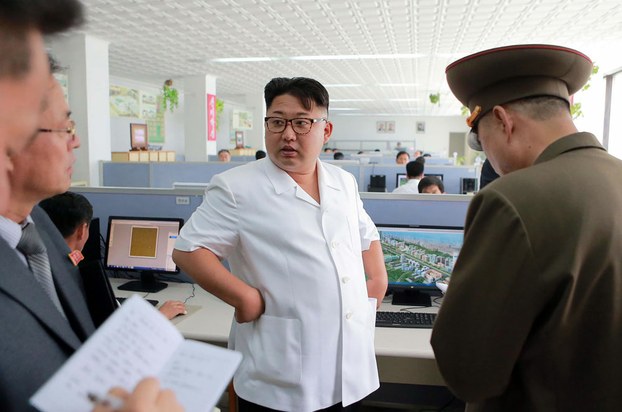 A human being cannot predict the future, to be sure, but this has never prevented us from both dreaming about a better future and working to promote the vision of the future we consider superior to our present.

But what type of future is superior? This question is sometimes tricky to answer. When it comes to the future of the Korean Peninsula, until five or seven years ago, if confronted with such a question, I would not think twice before saying that the most desirable outcome would be establishment of a democratic regime in North Korea followed by the country’s unification.

Now, I am having doubts. The “Arab Spring” once again demonstrated that hasty attempts to promote democracy in countries which have had weak civil societies are likely to backfire, bringing either chaos or another version of dictatorship, which is often worse than the dictatorship just overthrown. The calculations of the economists make us increasingly suspect that a German-style unification will disastrously break the South Korean economy, thus undermining the very basis of a unified country’s prosperity. The experiences of post-communist East Europe clearly demonstrate the allure of nationalism and authoritarian populism which makes nascent democracies unstable.

So, as time goes by, I increasingly think that the ideal future of North Korea for the few decades ahead should be a regime, somewhat similar to those of China and Vietnam nowadays – or South Korea and Taiwan half a century ago.  The historians often describe such regimes as “developmental dictatorships.”

The developmental dictatorship was the type of regime that raised many parts of the huge region of Asia out of abject poverty.  China, for a century torn by imperialist aggression and internal feuds; South Korea, a backward colony of Japan and victim of Korean war violence; and Vietnam, invaded by a number of the mighty great powers – all these countries once looked hopeless, and few people had expected that in a matter of decades they would transform themselves into global manufacturing centers. This achievement looks even more impressive, if one recalls that most of these countries are remarkably poor in resources. This success has few precedents in human history. It came at a cost, of course, but so far nobody has pointed out a cost-free alternative, unfortunately.

The “developmental dictatorship” model was pioneered by South Korea and Taiwan, and eventually embraced – with minor changes – by China and Vietnam. The model features the fast development of an export-oriented market economy under the control of an authoritarian state.

The countries of East Asia were essentially transformed into huge factories. They imported raw material, spare parts and technology and turned out finished products which were shipped to customers overseas.

All these countries remained authoritarian for the duration of their rapid economic growth. China and Vietnam remain authoritarian. The official rhetoric was different: While South Korea and Taiwan in their “developmental dictatorship” stage from the 1960s to the 1980s, loudly professed loyalty to the ideas of liberal democracy, China and Vietnam still wave the anachronistic banners of the Marxist-Leninist ideology and describe themselves as socialist states. In both cases, the claims are shallow: South Korea and Taiwan around 1970 were not liberal democracies, and China now is as far from socialism as it gets.

However, at the early stages of economic growth these regimes, in spite of being much criticized in the international media, enjoyed a remarkable measure of popular support. Both South Koreans of the 1960s and Chinese of the 1980s had a vivid memory of bloody violence engulfing their country, and suffered from destitution. Hence, they were quite willing to embrace an authoritarian regime which promised economic growth – especially if such a regime was capable of maintaining law and order, and also delivered what it promised in regard to the improvement of the masses’ income and material life.

North Korea has these examples to emulate.  Seen from the viewpoint of the North Korean elite, the developmental dictatorship model has an important additional advantage: It will allow present-day officials to stay in control and enjoy the most spectacular benefits of the growth. One need only look to China to see a remarkably successful variety of capitalism built by the Communist party and presided over by the people whose fathers were once overzealous and remarkably brutal fighters against the supposed ”evils of capitalism.” One can have ethical reservations about this, but perhaps the smooth transition in these countries was much facilitated by the tacit agreement of the old elite, which was allowed to become the new elite.

So, let’s hope that North Korea – arguably, the only country in the region which never experimented with the developmental dictatorship model – will follow the path once pioneered by its neighbors. It might be not a perfect way to go, but it seems to be the least bad of all alternatives.

The most thoughtful essay on North Korea that I have read in several years. Thanks Mr. Lankov.