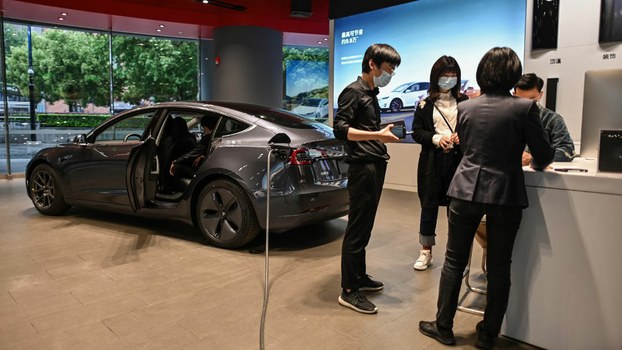 China's gradual economic recovery and available infrastructure are unlikely to come to the rescue of the world oil market this year, analysts say.

The world's largest oil buyer will struggle to achieve low single-digit economic growth in 2020 due to the COVID-19 crisis, leading to negligible or possibly negative growth of crude imports, an analysis by the Oxford Institute of Energy Studies (OIES) said.

Although oil prices have plunged to record lows, China's demand "may not be as strong as some are expecting (or hoping). In fact, China's oil product demand could contract this year, for the first time in 30 years," said the analysis by the OIES China Energy Program.

"Even low oil prices are unlikely to change the outlook. This is because demand is recovering only gradually and product stocks are already high, so China has to destock before it can restock," the program's director, Michal Meidan, wrote.

Brimming storage levels and sluggish demand make it unlikely that China will be able to take full advantage of low prices, despite reports that the country would benefit from this week's historic descent into negative value.

"The really bad news is that even before the COVID-19 outbreak, Chinese refiners were probably already producing more petroleum products than the economy needed," The Wall Street Journal said in its "Heard on the Street" column this week.

The OIES commentary, released days before the National Bureau Statistics (NBS) reported a 6.8-percent drop in gross domestic product for the first quarter, cast doubt on official energy demand data for the first two months of the year.

Although the NBS and industry groups reported deep declines for the January-February period, OIES pointed to signs that the energy consumption slump may have been even worse.

In March, for example, the China Electricity Council reported a 12.9-percent loss in industrial power consumption for the first two months from a year earlier as the NBS reported that industrial output dropped 13.5 percent.

Daily tracking of the coal used by major power plants shows declines ranging as low as 40 percent in February, however.

According to NBS data, China refinery runs averaged 12.1 million barrels per day (bpd) during the two-month Lunar New Year period, down 5 percent year-on-year. But throughputs in the first quarter were estimated at only 11.5 million bpd, according to independent reports.

The report estimates that implied demand for fuels fell by considerably more than the 13 percent estimated from official sources for January and February, reaching 20 percent in the first quarter.

Questions about China's sectoral performance have been echoed in doubts about its economic data as a whole.

While a first-quarter downturn in gross domestic product of 10-11 percent was widely forecast based on the two-month figures, the NBS reported a milder contraction of 6.8 percent.

The conflicting estimates of China's declines in energy demand have taken place against the backdrop of a badly botched settlement of the oil price war between Saudi Arabia and Russia, along with uncertain forecasts of economic growth for this year.

In a desperate bid to support prices on April 12, the Organization of Petroleum Exporting Countries and cooperating producers, known as OPEC+, agreed to slash oil production in May and June by a mammoth 9.7 million bpd, cutting world supplies nearly 10 percent.

After the costly Saudi-Russian battle for market share, Russian Energy Minister Alexander Novak voiced hope that contributions from other producers including the United States would bring total cuts to between 15 million and 20 million bpd.

But despite the record reductions, the market remained unimpressed amid concerns that the global plunge in demand could be even worse.

The freefall in oil could be read as a vote of no confidence in world economic growth prospects.

At its spring meeting on April 14, the International Monetary Fund envisioned a sharp reversal in global growth this year to -3 percent, down from a 3.3-percent expansion in its previous forecast.

Recovery in the second half would allow China to achieve GDP growth of 1.2 percent this year, the IMF said. But that was down from an official growth rate of 6.1 percent in 2019.

Full restoration of growth would wait until 2021 when expansion was expected to climb 9.2 percent.

But IMF officials cautioned that the forecast was clouded by "extreme uncertainty," based on assumptions that the pandemic would wane in the second half of this year.

Even with partial recovery and low oil prices to spur the economy, China's demand is not expected to strengthen the world oil market as it has in the past.

Available storage will be a critical issue.

Onshore and offshore facilities are nearly maxed out around the world. The "tank top" situation in China is expected to limit oil buying, no matter how cheap prices may get.

OIES estimates that China's refiners will be able to store about 300 million barrels of oil this year, combining available capacity of the country's strategic petroleum reserve (SPR) and commercial stocks. The volume would fall far short of that needed to offset the global glut.

"This would be the first contraction in Chinese oil consumption since 1990," the report said.

While China's role in the world oil market is critical, the country presents a challenge for analysts by withholding accurate and timely data on its strategic and commercial stocks.

Unlike member countries of the Paris-based International Energy Agency (IEA), China provides only sporadic and outdated information on the size and activity of its SPR, leaving analysts to guess when it is filling available storage and when it is not.

In January 2018, for example, the NBS reported the level of the "national crude oil reserves" and "some corporate facilities," but only as of the end of June 2017.

For nearly two decades, China has treated its progress on building an SPR to meet the IEA standard of 90 days of import coverage as a state secret. It is also unclear when or if it is using SPR stocks to influence prices, instead of solely for emergencies in case of supply disruptions.

China's lack of transparency poses problems for estimating China's demand and its effects on world markets, especially during such a volatile period.

"The challenges associated with the data and lack of transparent storage stats certainly complicate efforts to gauge the impact of COVID-19 on China's actual oil demand," Meidan said in an email.

In the absence of reliable official reporting, the market has turned to alternate sources of information including satellite data and high-frequency readings of coal consumption, but these have their own limitations, Meidan said.

The problems with reporting also go deeper than the government's reluctance to disclosing relevant and regular data on the SPR and commercial stocks.

"I think the challenge in China is systemic to the extent that Beijing relies on industry to report, and there are numerous incentives to misreport data up or down," Meidan said, citing several motives for manipulation.

Meidan said that independent refiners typically under- report output for tax evasion purposes, while oil companies may alter results for political reasons to show the government that they are following directives to focus on upstream exploration and development.

Distortions are also possible to show that economic activity is recovering, "which could lead refiners to report higher throughput data," she said.